You've seen all the #HeavyAction greats. Now check out some really cool movies you might skipped because you heard they were bad.

1. Rapid Fire (1992, dir. Dwight H. Little) I'll let you in on a secret: this movie is the inspiration for this list. Anything that gives me an excuse to write about Rapid Fire and hopefully get more #HeavyAction fans to check it out is worthwhile, as this continues to creep up on my list of all-time favorite action movies. The late Brandon Lee does his best work (sorry, The Crow) as Jake Lo, an art student who witnesses a murder and finds himself being hunted by both a mob boss and a drug kingpin. This is a movie I like more every year -- the Chicago locations are good, Dwight H. Little is the man, the fight choreography is rad and, most of all, it's the movie that should have made Brandon Lee a star. He's vulnerable, he's badass, he's real. Rapid Fire is the kind of movie genre fans finally discover and wonder how the hell they had never seen it before. I love this movie. 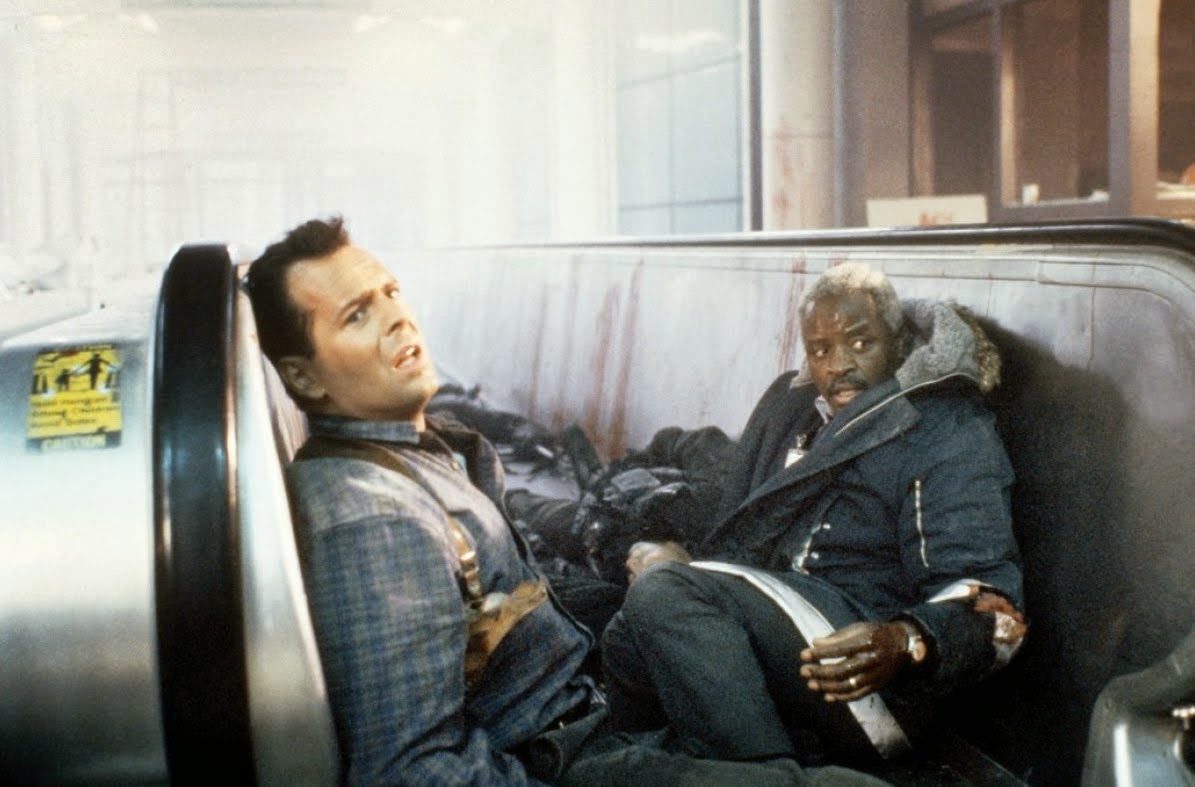 2. Die Hard 2: Die Harder (1990, dir. Renny Harlin) This might seem like an odd choice, seeing as it comes from one of the most successful and popular action franchises of all time. But as it turns out, a lot of people really don't like Die Hard 2. Like, a lot. I don't understand why; yes, it repeats a lot of the beats of the previous movie and requires tremendous suspension of disbelief in doing so, but forget about it Jake it's sequeltown. This remains my favorite of all the Die Hard sequels: Bruce Willis is still engaged, the snowy airport setting gives it a different feel, the villains (including Franco Nero [!] and William Sadler's bare ass) are cool and director Renny Harlin stages some good high-energy set pieces. For a movie in which the same shit happens to the same guy twice, this is as good as we could have hoped for and feels the most Die Hard of all the Die Hard sequels.

3. The Way of the Gun (2000, dir. Christopher McQuarrie) The directorial debut of Usual Suspects screenwriter Christopher McQuarrie is a brutal, profane, nasty bit of business starring Ryan Phillippe and Benicio Del Toro as lowlife criminals in over their heads as part of a kidnapping plot. Alternating between brilliant dialogue (look no further than the opening scene with Sarah Silverman) and stark minimalism, Way of the Gun also boasts an insane bench of supporting character actors: Scott Wilson, Juliette Lewis, Taye Diggs, Nicky Katt and James Caan giving as good a performance as he's given in the last 30 years. Few action movies feature gunshots that are louder than this one. A truly underrated classic. 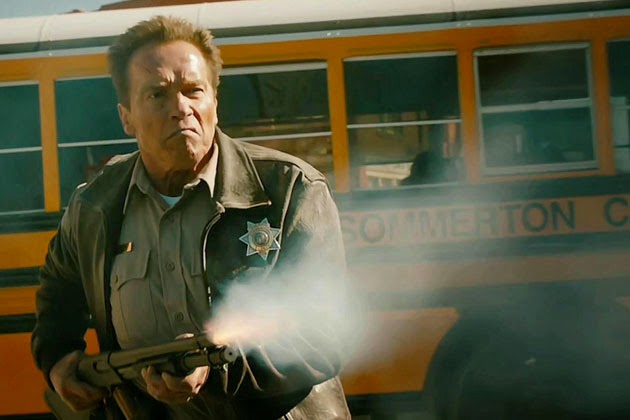 4. The Last Stand (2013, dir. Kim Jee-woon) Arnold Schwarzenegger's first starring role after a decade spent as Governor of California might just be the most underrated movie in his entire filmography. Released to nonexistent box office and a general shrug by the moviegoing public (even genre fans, who ought to be ashamed of themselves), the American debut of the great Kim Jee-woon combines his talent for inventive, kinetic photography and excessive violence with the old-fashioned Western. Sure, Schwarzenegger is a little rusty, but the rustiness is part of the point. There are some problematic subplots (the ones with Forest Whitaker and Eduardo Noriega) and some problematic performances (the ones from Forest Whitaker and Eduardo Noriega), but when the movie is in that western town it really, really works.

5. Extreme Justice (1993, dir. Mark L. Lester) An early-'90s effort from the director of Commando might have gotten a small theatrical release but mostly went straight to cable. It's the usual story of an elite group of corrupt cops in L.A. -- David Ayer before David Ayer -- but it sports an incredible cast of genre stars and character actors including Scott Glenn, Lou Diamond Phillips, Chelsea Field, Yaphet Kotto, Andrew Divoff, William Lucking, Paul Ben-Victor, Stephen Root and Ed Lauter. The movie was originally slapped with an NC-17 for its nonstop bloody violence. Talk about EXTREME! It's a 90-minute blood-soaked dick measuring contest (it is not actually about penises soaked in blood -- which, incidentally, is the name of my upcoming memoir) for only the most devoted #HeavyAction fans, who will undoubtedly love it. 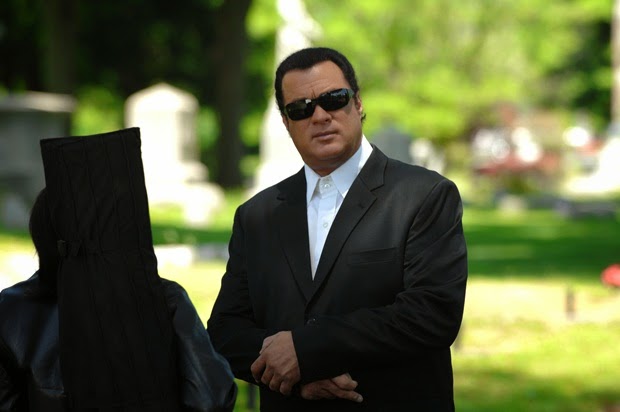 6. Pistol Whipped (2008, dir. Roel Reiné) Steven Seagal's DTV period is mostly filled with garbage: cheapies shot in Eastern Europe in which Seagal is re-dubbed and stunt-doubled beyond recognition. Every so often, though, a gem sneaks past. Pistol Whipped is one such gem -- not just the best of his DTV output but arguably one of his best movies period. Rather than playing a guy who is unstoppably awesome and mysterious, Seagal embraces his age and his own hard luck to play a fuckup cop with a gambling addiction and an estranged daughter. Sure, he makes sure that there's still dialogue that pays tribute to his enormous dick (spoken by soap actress Renee Goldsberry through what must have been gritting teeth), but for the most part gets to play a character he hasn't played before or since. There's one terrific shootout in a graveyard at the end, but the real appeal of the movie isn't so much the action as it is the interesting dramatic stuff. Lance Henriksen and Paul Calderon have supporting roles. This was the American debut of Dutch director Reiné, who has gone on to helm DTV sequels like The Marine 2, Death Race 2, The Scorpion King 3 and 12 Rounds 2: Reloaded. Pistol Whipped remains his best movie.

7. Demolition Man (1993, dir. Marco Brambilla) It may no longer be fair to call Demolition Man "underrated," seeing as it has developed a sizable cult of fans since it was first released and utterly misunderstood in the early '90s. Sure, it's a bit messy, but that's because everyone is making a different movie. Stallone is in one, Wesley Snipes (playing futuristic supervillain Simon Phoenix) is in another and director Marco Brambilla is making a third, based on Daniel Waters' very funny and satiric screenplay. Originally (and sometimes still incorrectly) dismissed as accidentally stupid, Demolition Man knows exactly what it is and what it's doing. There are just too many things to love about the movie for it to be accidental: Sandra Bullock, Taco Bell, Bob Gunton, Enhance Your Calm, knitting, cryosleep, the three seashells...the list goes on. Because it came during a bumpy patch for Stallone and because things blow up, people called it stupid. It's not. It's smart and it's crazy entertaining. 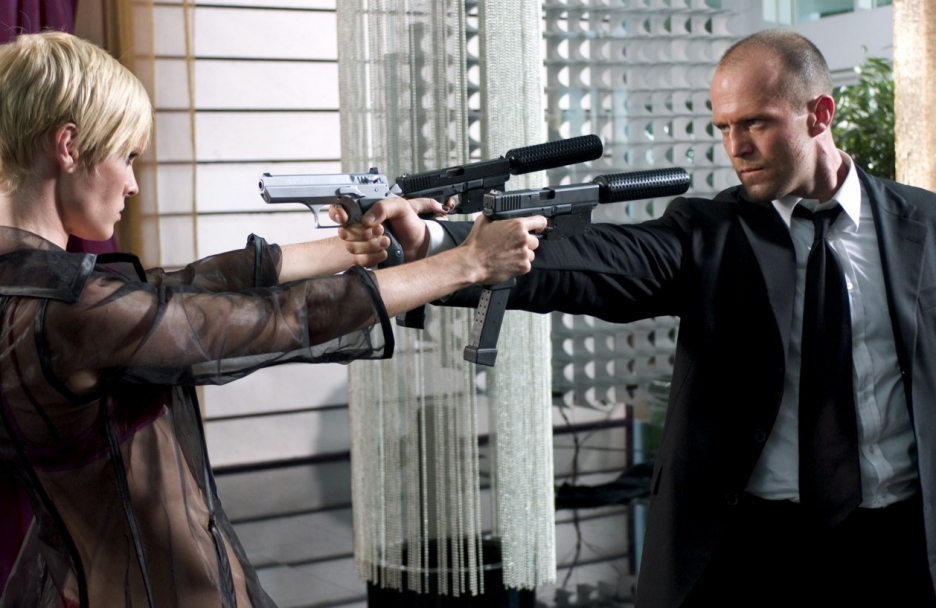 8. Transporter 2 (2005, dir. Louis Leterrier) The first Transporter (produced by Luc Besson, who is responsible for every third action movie released today) deserves to be called a new classic of the genre because it offered some terrific action, but even more so because it's the movie that reinvented Jason Statham -- previously just the tough guy star of some Guy Ritchie movies -- as an action star. Its first sequel, also co-written and produced by Besson, doesn't get the same kind of love. That's probably because it's stupid and very orange-looking. What the detractors fail to recognize is that in the action genre, there is a world of difference between "stupid" and GLORIOUSLY stupid. Transporter 2 falls under the latter category. Bigger, faster and more fun than the original, Transporter 2 abandons any kind of reality and goes completely crazy in the best possible way. Its follow-up, 2008's Transporter 3, still sucks.

9. Nowhere to Run (1993, dir. Robert Harmon) There are a bunch of action movies that get mentioned in reference to Jean-Claude Van Damme's best work: Kickboxer, Bloodsport, Timecop, Hard Target, Sudden Death. Very few fans bring up 1993's Nowhere to Run, an old-fashioned drama that finds Van Damme's drifter landing in small town and befriending a young boy (Kieran Culkin) and his foxy, available mother (Rosanna Arquette) while defending them against evil land developers. Except for the fight choreography and some nudity, this could practically have been made in the 1950s. It's probably Van Damme's most "legit" movie, in that it stood the best shot of appealing to an audience outside of his target demographic. They didn't really turn out, though, and the usual #HeavyAction audience felt alienated by a movie that's low on action. The film barely recouped its (pretty low) budget and is mostly forgotten, which is too bad. It's one of Van Damme's best. 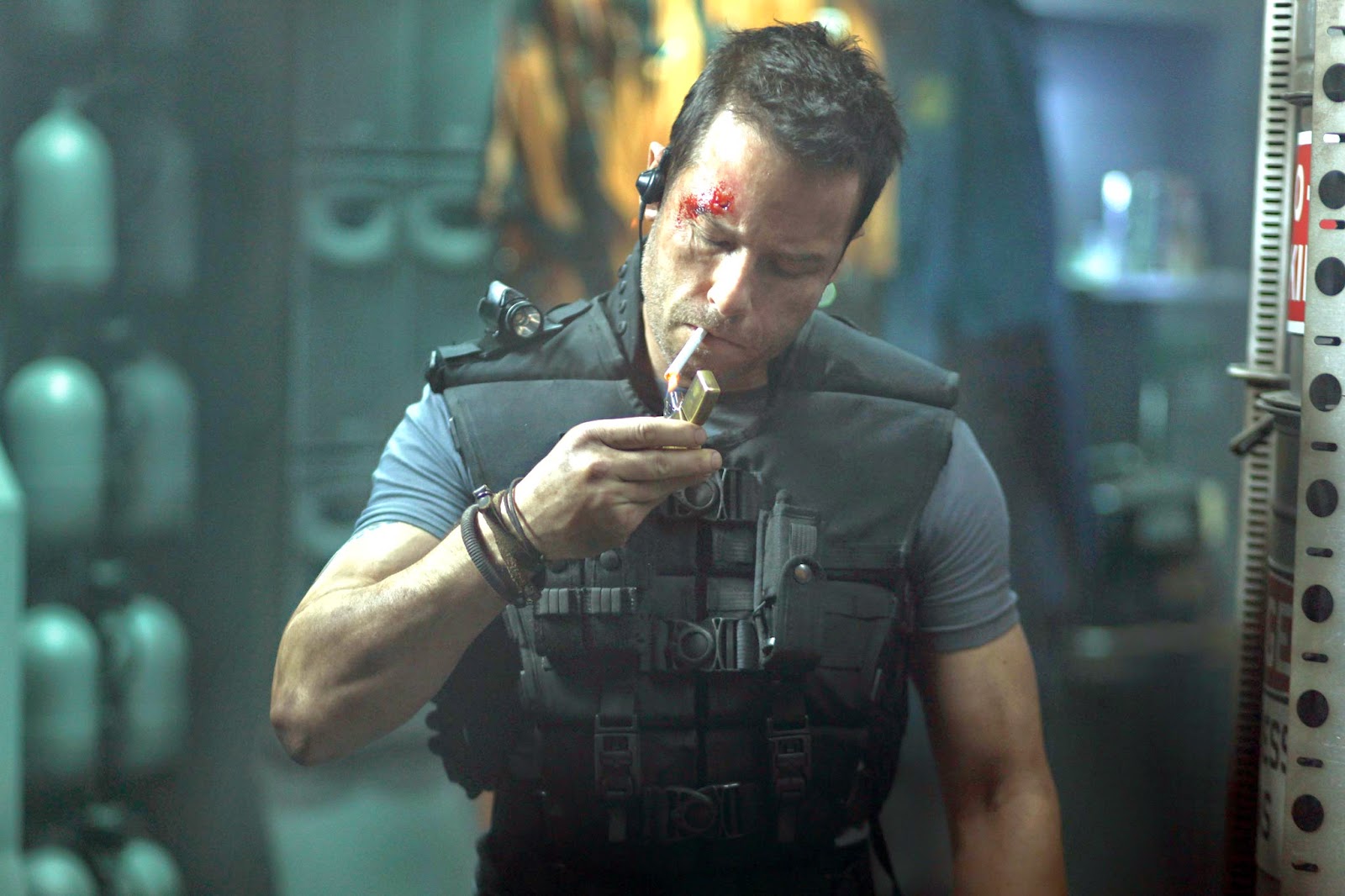 10. Lockout (2012, dir. James Mather, Stephen St. Leger) The second Luc Besson production on the list is an sci-fi/action Escape from New York rip-off in which Guy Pearce plays a convict offered his freedom if he rescues the President's daughter (Maggie Grace) from a prison in outer space. Yes, this is the movie affectionately referred to in some circles as SPACE JAIL, and if the title SPACE JAIL doesn't clue you in to the fact that it is GLORIOUSLY stupid I don't know what will. The movie is not great at all, but what elevates it to "underrated" status is Guy Pearce's performance as Snow, a sarcastic antihero in the Snake Plissken/John McClane tradition. Pearce is so good he makes the whole movie better. It's worth seeing just for him. And the fact that it's about a space jail.
Posted by Patrick Bromley at 7:21 AM