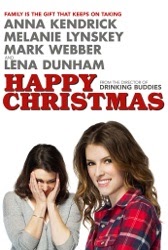 Do you want to see a movie which has minimal conflict? If yes, you probably will enjoy Happy Christmas. I did.

The entertaining and funny Happy Christmas is Joe Swanberg’s follow-up to Drinking Buddies, one of my favorite movies of 2013. The new movie is not as good as Drinking Buddies, but it’s so aggressively pleasant that it hardly matters. I could watch either movie 100 times. Few movies this year made me as cheerful as Happy Christmas and I admire any filmmaker who has the capacity to elicit joy from his audience. Joe Swanberg continues to be a filmmaker I want to champion to everyone and it’s awesome to see him in his prime years. 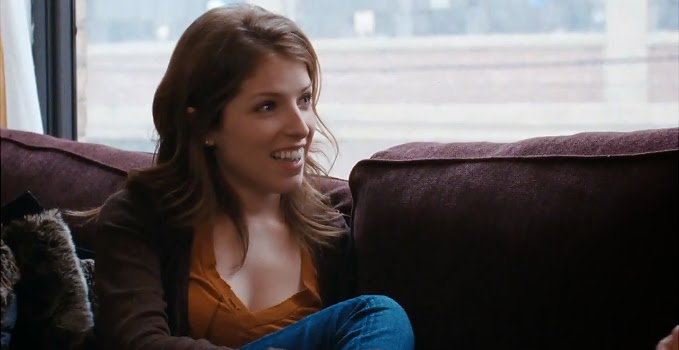 The plot in brief: Jenny (Anna Kendrick) is an irresponsible 27 year old who moves to Chicago to temporarily live with her brother Jeff (Joe Swanberg), his wife Kelly (Melanie Lynskey) and their baby. Jenny and her friend Carson (Lena Dunham) reignite Kelly’s passion for writing in an unexpected way. Meanwhile, Jenny strikes up a relationship with the family’s baby sitter, Kevin (Mark Webber).

The performances are what make this movie work. The cast is led by the always interesting Anna Kendrick, who gets to play against type here as a selfish -- and possibly alcoholic -- little brat. It’s a good look on her, as she’s usually cast as the smart-but-good girl. Here she’s not a “bad guy,” but she’s immature and a little dumb. A great aspect about Kendrick’s performance is that her character knows she’s stupid. Joe Swanberg is solid in a supporting role, playing the blend of big kid/responsible grown-up that many men in their 30s tend to grow into. Lena Dunham is actually not annoying in this movie, which is unusual for her. Here she’s actually quite funny and used sparingly. She has a scene early on where she introduces Jenny to a couple of characters named Ezra and Megan and I thought “I feel that Lena Dunham is only friends with people named Ezra.” It’s so perfect and yet horrible at the same time. Also worth mentioning is Baby Swanberg, who plays the baby. He’s delightful. You’ll understand when you see him. 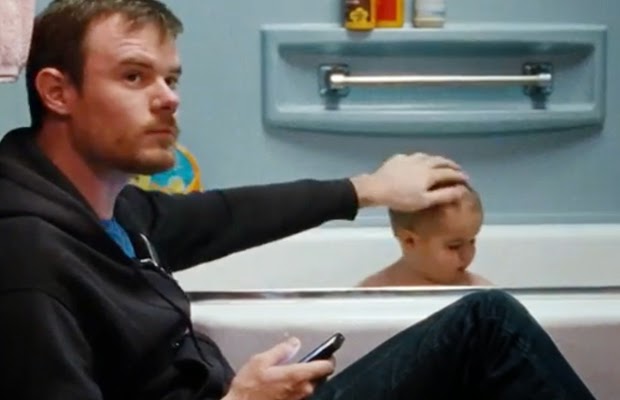 Mark Webber is a conundrum for me. I don’t dislike the actor, but I find it strange that he’s in so many indie movies where he just crushes ass. Here it’s Kendrick, in Save the Date it was Lizzy Caplan and in his own movie, The End of Love, it was Jocelin Donahue and Shannyn Sossamonn. Plus, in real life he’s married to Teresa Palmer. What the fuck is going on? He resembles a goat. What’s his secret?

The real MVP of the cast is the underrated Melanie Lynskey. Rarely is Lynskey given a role this big and she nails it, being funny, intelligent, sensitive and even a little sexy. All of the best scenes in the movie revolve around her character. In fact, this is just (if nothing else) a wonderful movie about female friendship and that’s rare. During the course of the movie, you totally get a sense of a tentative and then supportive friendship developing between the Jenny and Kelly characters. Their interactions feel loose, improvised in a good way and consistently amusing.

I loved the scenes where Jenny is helping Kelly with her next novel by encouraging her to sell out and write a “trashy” “sexy mom novel” (akin to Danielle Steele) so that Kelly can make wads of cash and make her stay-at-home mom/novelist career that much easier. It’s a spot-on notion, one I presume most writers (myself included) have considered at one time in their lives.

Quick digression: Back in 2005, I wrote a Christmas book and mentioned Jesus Christ a number of times in a thinly veiled effort to make it as commercial as possible. Seeing how Heaven is For Real grossed almost $100 fucking million at the box office, maybe I should dust off my novel. Hmmm... 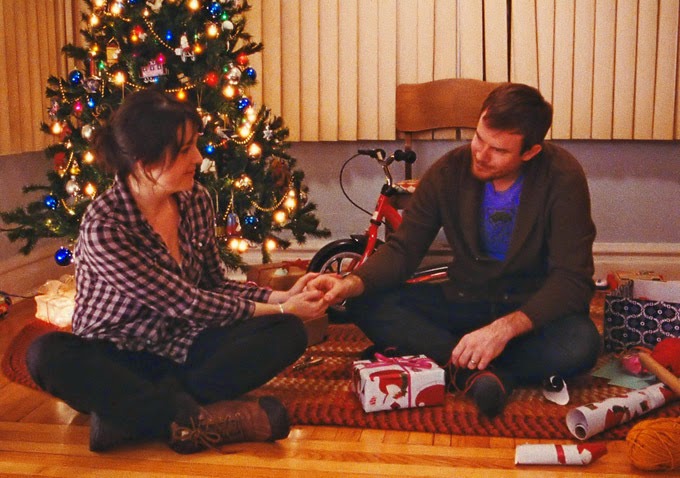 My only criticisms of Happy Christmas are slight ones. Director Swanberg doesn’t have much of a visual repertoire in place here. It’s a pretty straight-ahead and plain style. You don’t get any great location work or camera shots. Most of the emotional effect is filled in by the actors and the writing. However, Swanberg’s script (and the improvisation from the actors, which is the norm of Swanberg joints) is full of fun and spunky dialogue. Some interesting ideas about themes such as moving forward and backward in your life, as well as family, responsibility and friendship are all present. I also just have to give such kudos to Swanberg for the casts he assembles. I can’t wait for his next movie, Digging for Fire, which has an amazing cast including Kendrick, Lynskey, Brie Larson, Sam Rockwell, Orlando Bloom, Jake Johnson, Jenny Slate, Ron Livingston, Rosemarie DeWitt and Mike Birbiglia. Holy...fucking...shit!

Is Happy Christmas much more than it is? No, not exactly (it’s short at 82 minutes, pretty slight and only has the smallest of stakes) but I enjoyed it because it’s a great hangout movie with interesting characters played by affable performers. It’s a pleasure to watch and something I recommend you check out. I’m adding it to my annual Christmas movie rotation.

Plus, Happy Christmas features an amazing song played several times in the movie (that even the characters call out as being amazing) titled “If You Got Somebody Waiting” by Joel Alme. Listen to it. Love it.

*Happy Christmas is available now on VOD and iTunes and will open in theatres (including Chicago’s jewel, the Music Box Theatre) on July 25th.
Posted by Patrick Bromley at 6:30 AM