Riske Business: Football, The Movies & Me

I never enjoyed football before but now I love it. Maybe. What changed?

I don’t know what happened (maybe Draft Day?), but all of a sudden I’ve become a football fan. I’ve always been a huge fan of baseball and especially basketball, but football? No way! I used to go to the movies on Sundays to get away from football (oddly enough, I once saw Two for the Money once on a Sunday), but now I’m all about fantasy football leagues and watching some pigskin with my boys while we eat crabby snacks and homemades. The movies made me appreciate football.

My aversion to football started when I was young. Unlike baseball or basketball, my family never went to football games when I was growing up. My first live pro football game was not until after I graduated from college, so all I remember was that I lost my dad one day a week to the television. It sucked. I like my dad. He would pace around the living room as the Bears or the Colts played and I would pace around the living room wanting it to be Monday. Fuck, there’s a game on Monday!

When I turned 10, I super hated football, but was ok with football in movies. For example, I watched Class Act on HBO incessantly and I always perked up with the scene where Kid tries out for the football team. I also recall going to see Suburban Commando in the theater and leaving in the middle to “go to the bathroom,” which actually meant “peek in other theaters.” One of those movies I would check in on was Freddy’s Dead (because danger). Another was Necessary Roughness. Why Necessary Roughness? Because Kathy Ireland. Surely, the audience for NR was having a better time than the one for SC. Because Shelley Duvall. 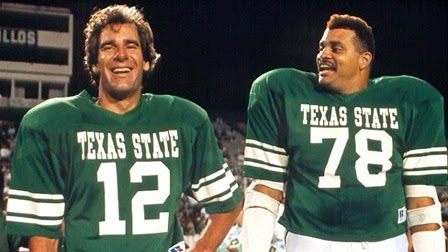 Cut to junior high: I still hated football, but I was starting to appreciate football movies – because of the aforementioned danger element. How could football movies be dangerous? Well, I’ll tell you. As many times as Class Act was on HBO, Rudy was on twice that amount. My dad rooted hard against Notre Dame football (I still don’t know why – are they mean to Jewish people or something?), so watching Rudy was equal to an act of rebellion in my mind. And Rudy’s good. He was a little dude, similar to me, and he went for his dream and got it. All good things. The fact that the real Rudy didn’t do a whole lot after football is irrelevant. Rudy, the movie, represented going your own path; at 11 years old, that was a positive message for me to receive. The other danger movie was The Last Boy Scout, which I saw WAY TOO YOUNG but loved. It was so adult. I couldn’t get enough of it. It taught me many things: 1) Friday night IS a great night for football; 2) Jimmy Dix could have had a hell of a career if he didn’t start up with drugs and 3) “Ain’t life a bitch?” 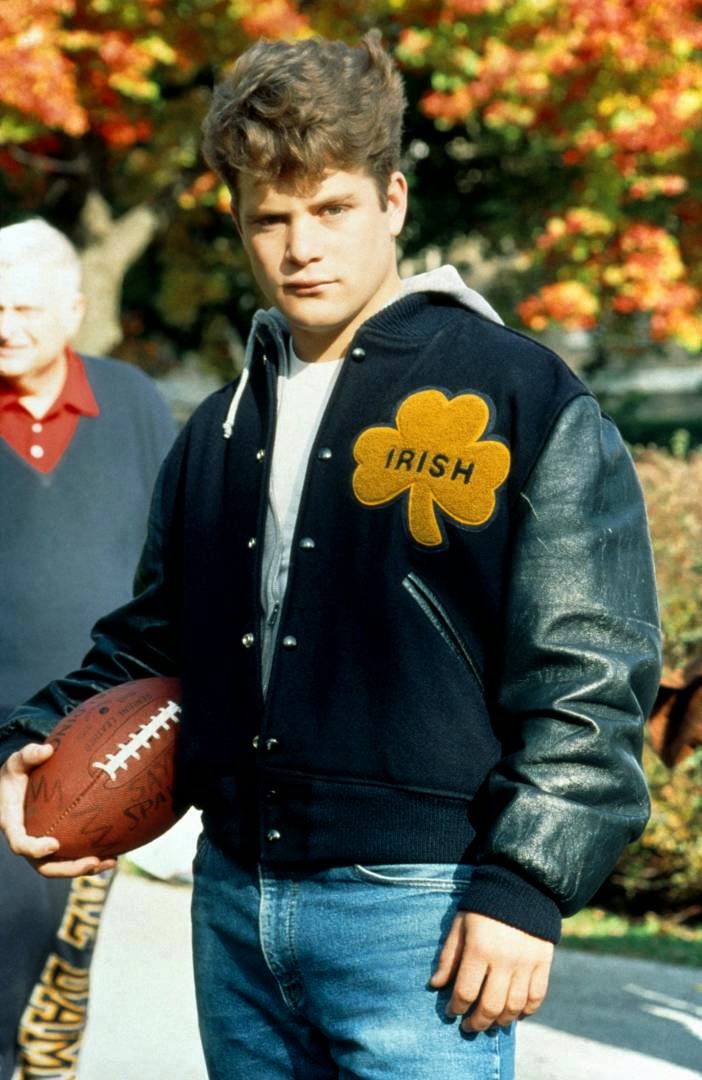 In high school, I still didn’t enjoy football either. I went to a school where they didn’t play under Friday night lights, but rather the Saturday morning sun and most of the players were bastard people so I didn’t care whatsoever. In fact, I used to go to the rival high school’s football games because those were actually on Friday nights (their stadium had lights) and I could hang out with my old friends from junior high who were going to that school. But in terms of football movies, high school was a great time. Two came out during my senior year that changed my life for the better (“I DON’T WANT YOUR LIFE!”): Varsity Blues and Any Given Sunday.

To this day I still love these movies. Willie Beamen is my favorite football player. The Miami Sharks are my favorite football team. These things will never change. I know, I live in Chicago Bears country, but if the Bears and the Sharks ever faced off, you best believe I’m going in fins up. But still, no matter how much I loved football movies, I didn’t give a damn about football the sport. 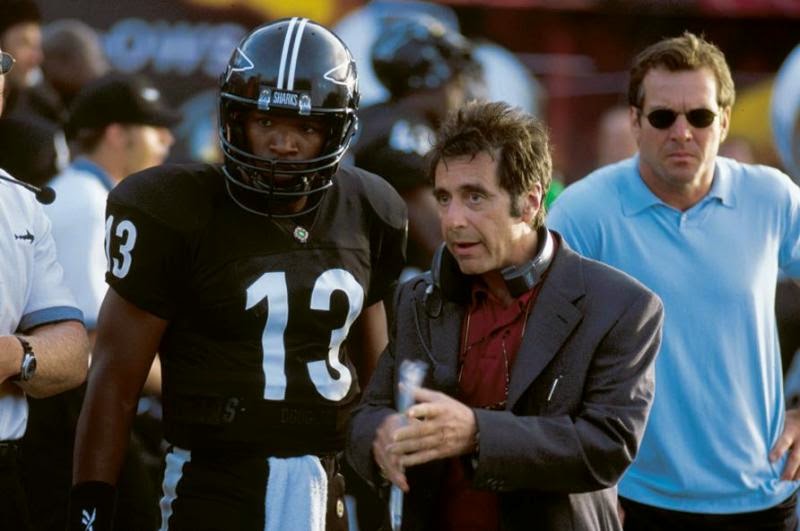 During college and shortly thereafter, I watched and enjoyed many football related movies: Remember the Titans, Friday Night Lights (“Billingsley! Billingsley. Party at Taylor’s house NOW, Billingsley. You better be there! We’re gonna get wasted! Party at Taylor’s house! BILLINGSLEY!!!!!”), The Replacements, etc. but none have made me love football. And then I figured out a possible reason! It’s because all of these movies focus on football players and not people off the field. I had nothing to relate to. I played little league so I could relate to baseball players. I’ve played TONS of basketball so I could relate there. But I hardly ever played football, especially not on a team, so I never gained a love for it.

Lucky for me, three movies have come out in recent years that have made me enjoy football because they focus on a) fans or fanatics or b) people who work in football but don’t actually play football. Those movies are Big Fan, Silver Linings Playbook and “Say it with me, you pancake-eating motherfucker,” Draft Day (which I love a little bit despite knowing it’s not a good movie).

Big Fan is a movie I can relate to because it shows the dark side of being a die-hard fan of anything. In the movie it’s football, but I once saw an opening night screening of Big Fan at the Music Box and the director Robert Siegel was there. He said the story was arbitrarily about football because you can’t do a dramatic arc about something like baseball fandom with its 162 game season. Football is 16 compact games, which makes it easier cinematically, but honestly Big Fan could be about a movie fan just as much as a football fan so I can relate better to it. In Silver Linings Playbook (my favorite movie), it’s the community of football that I love. Everyone getting together, getting into each other’s business and ribbing one another communally. I eat that shit up in movies and in life. I love it. It makes me want to believe in the Philadelphia Eagles juju while noshing on the aforementioned crabby snacks and homemades. And when it comes to Draft Day, it’s simple – I love business. I am fascinated by the business of movies and the business of sports equally, so it makes me a captive audience. I would be lying if I didn’t pretend I was Kevin Costner in Draft Day during my fantasy football draft this year. #PeytonManningNoMatterWhat 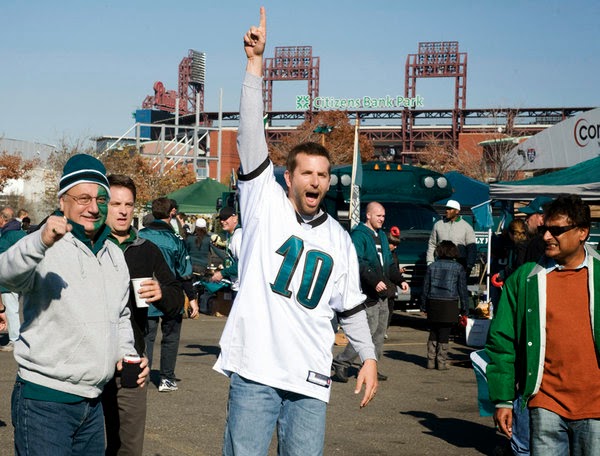 So is my newfound love of football built to last? Probably not. I’m typing the end of this column during Week Two of the NFL season after falling asleep during most of the Week One games, but I will always love football movies. There’s something about them that's mythic and macho. They're like action movies, and that makes them irresistible.

P.S. No, I am not going to watch When the Game Stands Tall. Because never Jim Caviezel. He’s in it for himself.
Posted by Patrick Bromley at 6:00 AM