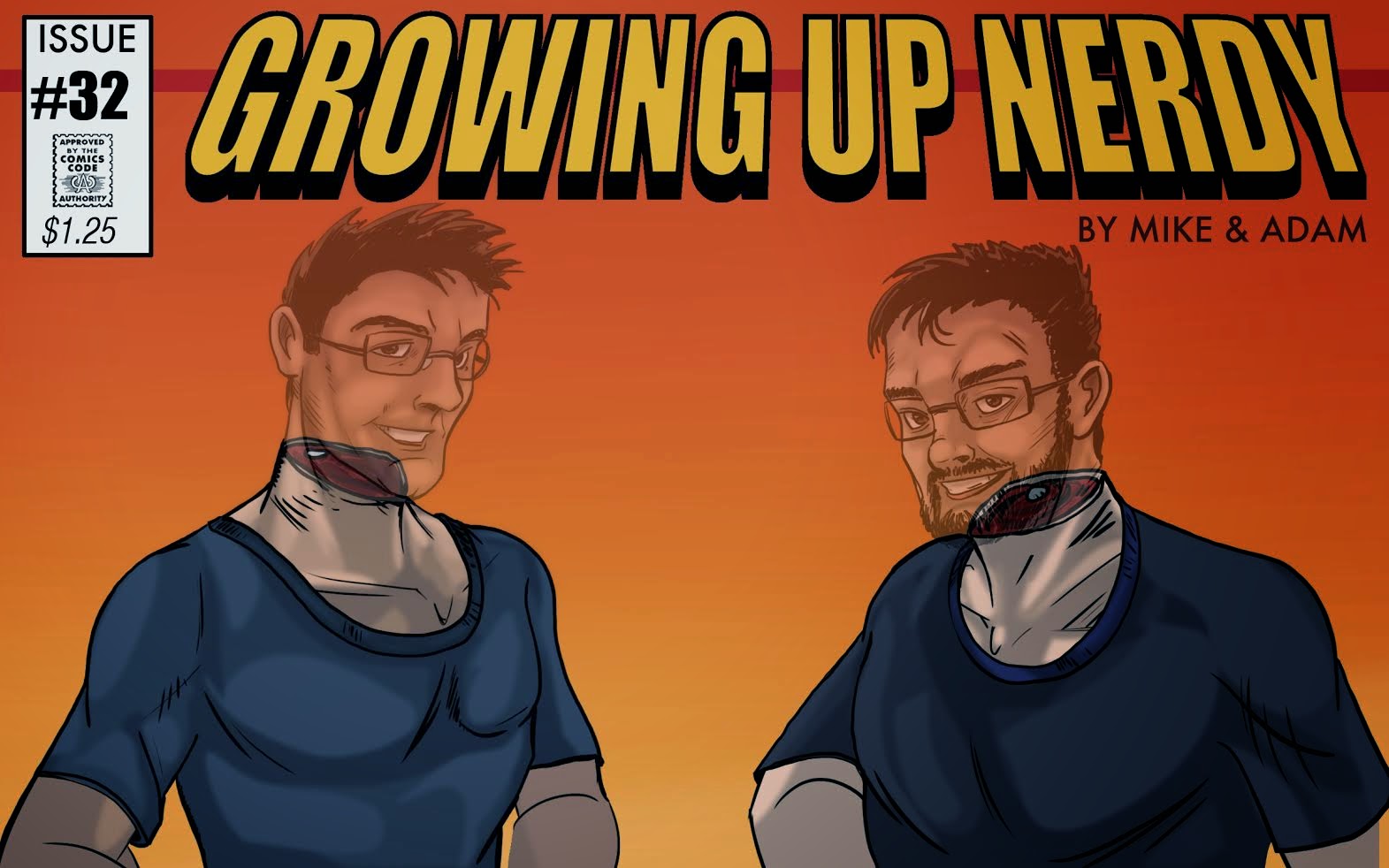 SAY IT ISN’T SO! Another October coming to an end. Though I'm experiencing the requisite sadness, I’m just happy to be able to have some Halloween fun. My question is: what type of advice would give to a young nerd who wants to maximize his or her Halloween experience?

Mike & Adam: Hey there F This Movie! fans. So it’s Halloween -- the official end of #ScaryMovieMonth -- and we know you’re all as depressed as we are. But look at the bright side; it’s already less than a year until the beginning of NEXT #ScaryMovieMonth! Here at Growing Up Nerdy, we were going through some old videos and found a “Movie” that we made almost 20 years ago now. In 1995, we were really into the Romero “Zombie” movies and together with our friend Brian decided to make a horror movie in Mike’s parents' basement. It’s only four minutes long and if anything it will give you an appreciation for horror movies, no matter how shitty they are. Enjoy 1995’s Dusk of the Dead, directed by Michael Pomaro and starring Adam Thas as the...zombie...Monster...whatever it is. 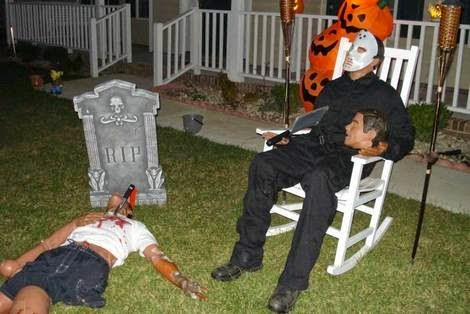 Movies:
Of course we should all be watching scary movies throughout October, and judging by the amount of seven word reviews the Scary Movie Month Challenge has received, people are watching A LOT of horror films, but in my house there are two nights that we have to watch a scary movie, no matter what. The first is when we carve pumpkins; the second is Halloween night.

Pumpkin carving is a pastime that my wife forces me to participate in because she loves it and I love her; therefore, I must put aside my obsessive compulsive personality and stick my hand in a gross, slimy pumpkin because that will make her happy. Also, ew. The compromise, however, is that I get to pick what we watch. Before we had children I would take the opportunity to show her movies she had never seen before like Re-Animator or Friday the 13th. Since having kids, however, the lineup has changed somewhat. No longer are we watching gory, scary films - instead we put on more kid-friendly shows. We carved pumpkins this week and we gave our girls the option of watching It’s the Great Pumpkin, Charlie Brown, A Nightmare Before Christmas, Hocus Pocus or Hotel Transylvania. They chose Frozen.

I think most people already have a go-to movie or two that they like to watch on Halloween night. For Christy and I, after the kids are in bed with bellies full of chocolate and candy corn, we curl up on the couch and watch our favorite scary movie of all time: Satan’s Little Helper. If someone happens to be borrowing it at the time, however (and when is someone NOT borrowing it?), we turn to the runner-up, John Carpenter’s Halloween. Anyone who has paid attention to the things I write or say on the website (Thanks, mom!) (I’m kidding. My mom doesn’t know how to turn on a computer) knows that Halloween is not only my favorite horror film of all time, but also one of my favorite movies period. Lucky for me it’s also Christy’s favorite scary movie, so unlike pumpkin carving it’s a tradition we both enjoy. You might say that to Christy and me, Halloween represents ‘The Night Love Came Home.’ You might also say I should never write for the site again. Either way, Happy Halloween, F Heads!!

Adam: The biggest problem I've found with Halloween is that just when you start getting good at it the entire “Trick-or-Treat” thing, you’re suddenly too old to do it anymore (bunch of bullshit). So now being much older, there are a few bits of advice that I’d want to give to all the kids.

First why the HELL are you bringing a plastic bag with you or anything even plastic looking with you to hold the candy? Do you have any idea how stupid that is? All the cool kids, and anyone with half a brain uses a pillow case. That shit is full-proof. Pillow cases won’t break, they can be held in any different type of position, and they can hold an ass-load of candy if need be. Say you run into a group of guys that want to steal your candy; the pillowcase filled with goodies can easily be whipped around to smack a motherfucker in the face! Lastly -- and this is key -- you need to make sure you don’t accidentally grab one of the pillow cases with the flowers on it. Any street cred you’ve managed to gain by bringing a pillow case vanish with your mother's “rose” pattern. 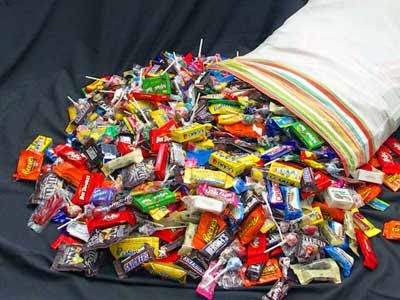 Hit up the houses with Halloween decorations. Chances are the people who have a lot of Halloween decorations LOVE Halloween, which means they aren’t going to skimp out on the candy. There is a direct mathematical relation between the number of Halloween decorations and the quality of the goodies. If someone decided to store and purchase hundreds of dollars' worth of Halloween plastic stuff, chances are they don’t mind spending a few extra dollars on the handouts. Skip houses with too many stairs leading to the front door. There is a chance with any house that they people won’t be home or just won't answer the door. The energy spent going up those stairs is energy that could easily be spent hitting up one more house that is a sure thing. Screw those assholes and their stairs. 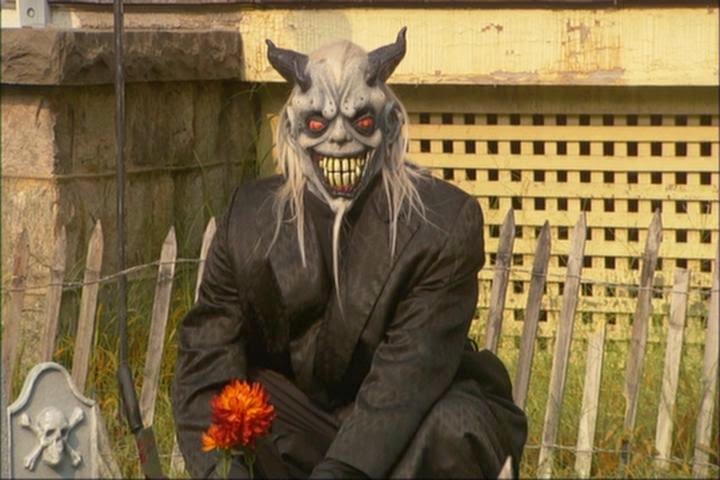