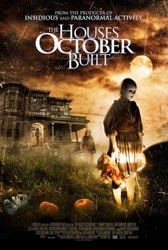 The Houses October Built is an unholy mess. It is amateurish and uninterested in things such as character development and storytelling. I hate to say this, but it felt like a movie made over weekends by a bunch of Party City employees. On its face a horror movie about finding the most “extreme Haunt” is pretty silly, but a better movie could be made out of this material – which I will suggest later in this review. This is not a good movie or even a nice try. It’s terrible, horrible garbage.

Throughout The Houses October Built, I was frustrated, bored, irritated and incredulous. I wanted to rewrite the script for these people and teach them how to make a better movie. I am purposely going to leave out the names of the cast and crew of the movie because no one should be singled out for this failure. It’s everyone’s fault, and since this may be their only venture into filmmaking, what good is it going to do to drag them through the mud? Oh wait, I just looked up the director (who will remain nameless) on IMDB and saw that this is a feature version of a documentary with the same title he made in 2011. I would much rather see that movie. Maybe this idea works better as a documentary. I don’t know. Apparently it was good enough to get them the resources to make this thing.

The plot in brief: Five friends venture off in an RV to track down the most extreme underground Haunts. Their search leads them down a dark path where the Haunt comes to them. 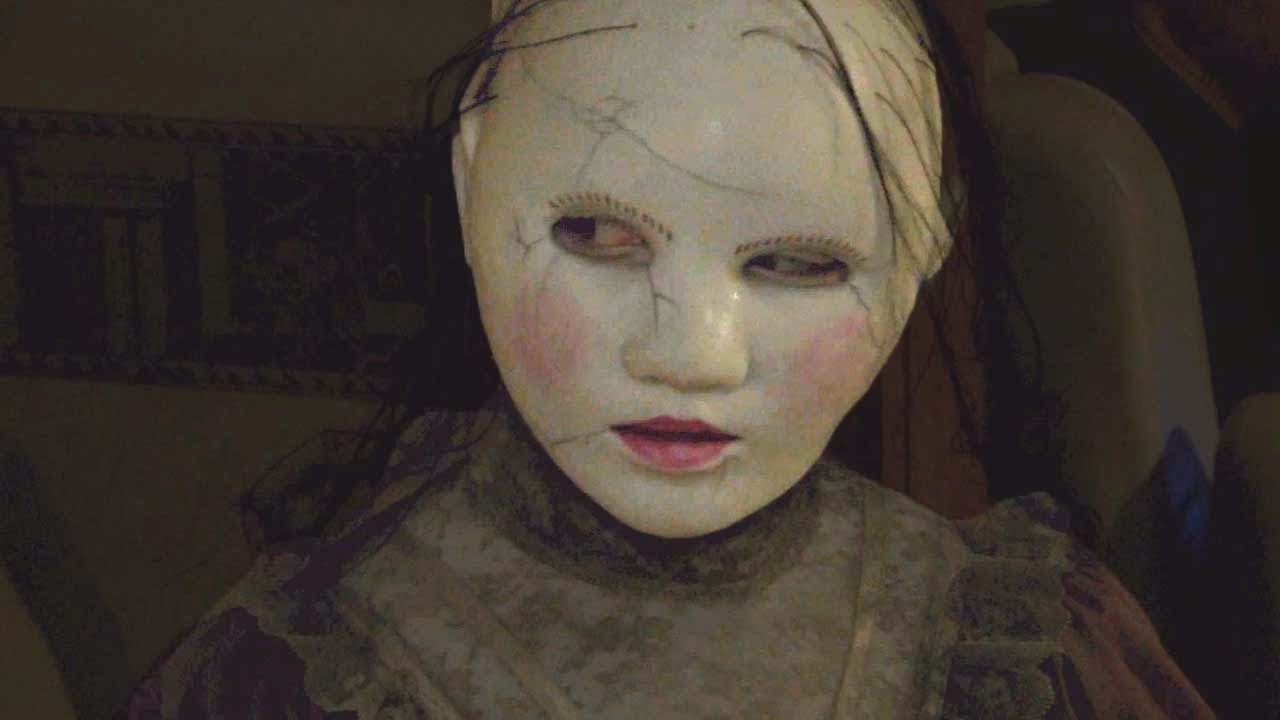 Therein lies the first problem of this movie: why the hell are these characters doing this? The movie takes the found footage approach but it’s never clear what the motivations are of any of the five members of the group. Are they filming this for a website? For their own enjoyment? Are they filmmakers? Character motivation is important in horror movies and I couldn’t become interested in any of these people because I had no idea why they were doing what they were doing or even who they were. There’s a guy with a beard, a girl and three other white guys. That’s as much as you learn about these folks. The beard guy enjoys drinking, but so do the other four members of the group, so he doesn’t even alone have that as a character trait. Fuck, movie, you ask me to spend 91 minutes with these people; at least tell me who they are! Gene Siskel had a quote: “Is the movie that I am watching as interesting as a documentary of the same actors having lunch together?” This is the first time I can ask myself the same question and say neither would work. It’s a draw, and that’s because this movie and the actors involved are void of interest.

The movie also is not telling a story. It’s telling a plot. These people are looking for an extreme Haunt (as opposed to a Mickey Mouse Haunt), then the Haunt finds them and that’s the end of the movie. That’s a scenario, not a story. It’s not enough for a feature. This is a short. The movie is 60 minutes too long. 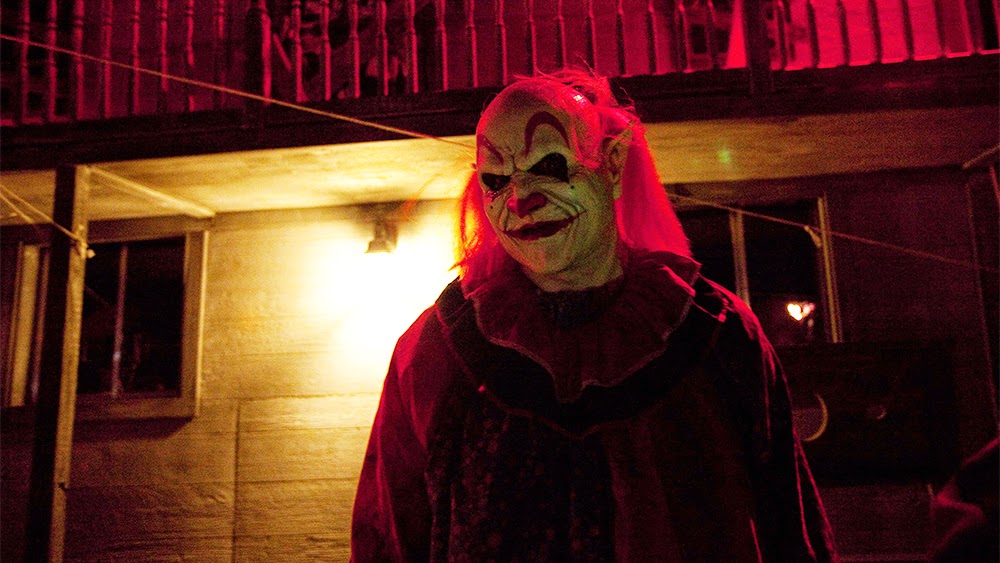 All of this would be fine if The Houses October Built was at least scary, but it’s not. The scare sequences are poorly shot with details that would be scary in the background zoomed in on so we, as the audience, are sure they are not missed. The rest of the compositions that I can recall are either straight-forward or low angle shots of Haunt employees walking towards the camera, which could be scary in person but does not register on film that way. In fact, the scariest point of the movie is when a Haunter in a clown costume yells at the group for trespassing and filming where they shouldn’t be. When your horror movie’s scariest moment is an argument, you have a shitty horror movie.

This movie is so lazy and stupid. It doesn’t even have a theme. It’s not about sex, gender, politics, money, altruism, death, loneliness, friendship, work, our choices, perception, love, happiness, responsibility, delusion, family, class, panic, joy, fear, dreams, failure, altering your own destiny or saving others. This movie is a fucking miracle. How does it not have a theme? I know Patrick loves The Funhouse (I do not), but The Houses October Built makes The Funhouse look magnificent in comparison.

The Houses October Built is also missing out on an opportunity to say something about haunted houses in general (maybe the documentary does; I don’t know, I haven’t seen it). But the feature version of this story has no interest in exploring why people visit haunted houses every year. I can’t speak for everyone, but it’s not always the same reason – i.e. to be scared. I admit that part of the reason I enjoy haunted houses is to externalize the anxieties that I feel every day. It’s a release and so are movies, but this movie does not provide that catharsis. Before I go off point, the real reason I love haunted houses is because of the production value of the Haunt. When done extremely well (such as the now-defunct Eli Roth’s Goretorium), you feel as if you’re walking through the set of a big budget movie, which is quite cool. But The Houses October Built is so cheaply put together we don’t even get the benefit of seeing a freaky, supernatural looking Haunt. 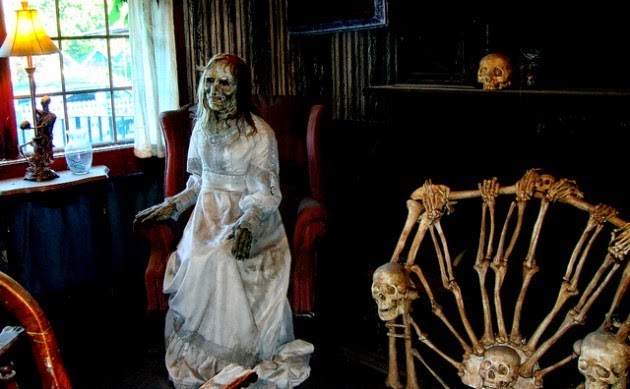 One way this movie could have worked better (mind you, I don’t think it would have made it work completely) is if it had a cop-out ending. Sounds weird, right? As it is, The Houses October Built is a death march with no surprises or even inventive kills (which is also a bit unforgivable). If this movie took the approach of April Fool’s Day (a movie I don’t enjoy even a little), it actually could have been a neat twist. You trick yourself into thinking this is a Haunt gone rogue and then SURPRISE! it turns out this is just a regular Haunt with an enormous build up. Would that have delivered blue balls? Sure, but it would have had something to say at least as a movie, which is that people do most of the work for haunted houses in their minds by building them up so much when they look to be “extremely” scared. See, I can make a better movie. It would still be a bad movie, but it would be better than The Houses October Built.

I apologize for the unconventional review, but I honestly don’t know how else to write about The Houses October Built without all of these digressions and tangents. This movie is a nightmare for film lovers and horror fans. It has no instinctive feeling for quality. It glorifies mindlessness. It is the death of cinema. Fuck, I need a Tylenol.
Posted by Patrick Bromley at 6:00 AM