Welcome back to Merry Movie Month! I hit a rough patch this week as I quit the challenge (albeit for less than a day), citing that I was altogether tired of Christmas movies. I’m not sure what got me back on the horse; nevertheless, the second half of the week went more smoothly. 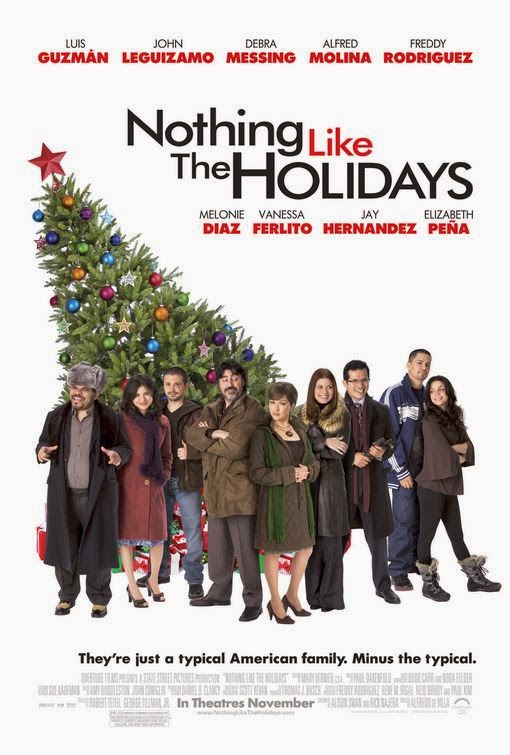 This was my second viewing of the Puerto Rican-themed Christmas dramedy Nothing like the Holidays, and while I remember being kind of indifferent to it last time, this time I really enjoyed it. It’s like if you took The Family Stone and made it not insufferable. The cast of the movie (including Alfred Molina, the late Elizabeth Pena, John Leguizamo, Freddy Rodriguez, Vanessa Ferlito, Jay Hernandez, Luis Guzman and the bangin’ Melonie Diaz) is what really makes it work. Man, do I have a crush on Melonie Diaz. She looks like if you took Alexis Bledel and cross-bred her with Rosie Perez. I should also point out that it’s nice to watch a Christmas movie depicting a non-white family for a change – too many Christmas movies devolve into waspy bickering, whereas Nothing like the Holidays feels more caring, sensitive and full of warmth. If you haven’t seen this one, it’s worth a rental. It’s not perfect but it’s certainly overlooked.

Day 5: Christmas with the Kranks 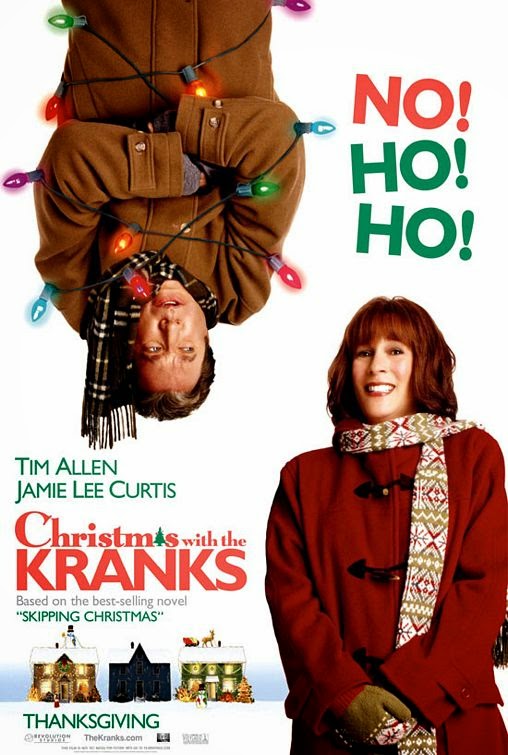 Oh G-D is this movie bad. And oh G-D do I love it so. Along with two other movies (which I’ll get to later in the challenge), Kranks is a core member of my Christmas “trilogy of bad.” These are Christmas movies that are so ridiculously wrong-headed that they may as well be from Mars. I am also a Tim Allen apologist, which might further explain my love for Christmas with the Kranks. There is so much wrong about this movie, from the Nazi-esque neighbors led by Dan Aykroyd (who thinks he’s funny but really is not) to Jamie Lee Curtis’ has-to-be-seen-to-be-believed performance to the fact that the Kranks spent $6K+ on Christmas last year to Tim Allen’s character passing out interoffice memos to his co-workers stating that he is not observing Christmas (he might as well be announcing to his boss that he is NOT WORKING). I have to think the people behind Christmas with the Kranks knew they were making a lousy movie so they upped the awful content in some kind of sick game of one-upmanship for who on set had the worst ideas. In any event, this is a perennial favorite of mine and probably the movie from 2004 that I watch the most, which is something I never would have thought possible 10 years ago. 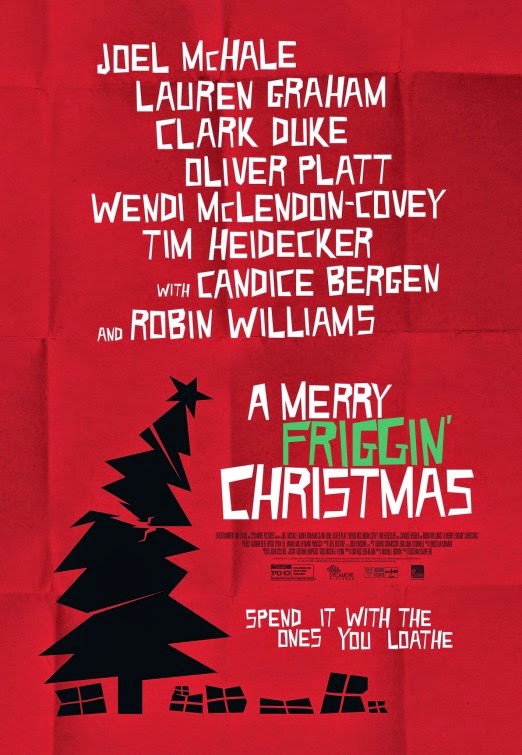 What a piece of trash. I love bad Christmas movies, but this is just too much. A Merry Friggin’ Christmas is an ugly, mean (but of course, also saccharine) leap into the dumpster starring Joel McHale, Lauren Graham and the late Robin Williams. It wastes a pretty good cast! My problems with the movie are many: 1) it’s ugly visually, looking like it was shot on very cheap digital cameras; 2) Clarke Duke is in it and he’s like the Paul Dano of comedy for me and 3) it’s 80 minutes but feels like 800 minutes. I can’t think of a single thing in this movie I enjoyed. It’s a new release (I think it went direct to video or had a short VOD release). Skip it. It’s one of the worst movies of the year and an awful send-off for the talented Robin Williams. What a bummer.

Note: After A Merry Friggin’ Christmas I needed to watch something good to get me excited again about this challenge. I starting watching The Ref (which I have never seen) but had to turn it off after about 25 minutes. Why? Because it’s just rich white people arguing! I couldn’t take any more of that -- not after the last two movies I had watched. So I called an audible before Day 7 and chose something a little more pleasant. 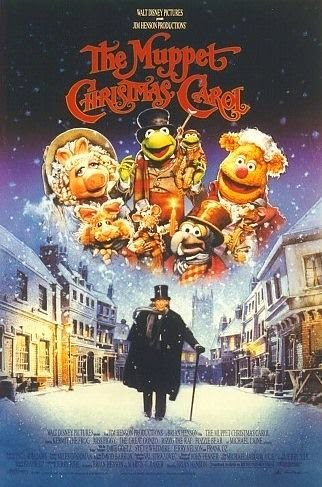 The Muppet Christmas Carol wasn’t quite as good as I was hoping it would be. The movie takes a while to get going and the songs are particularly weak, but it does indeed get better as it goes along. Before I forget, does anyone else think the special effect of The Ghost of Christmas Past is also terrifying, especially for a kids movie? What The Muppets Christmas Carol has going for it is the strength of the source material. So even during some rough patches in the movie where the Muppets and Dickens feel like an ill fit, what shines through is the strength of the “A Christmas Carol” story. The Muppet Christmas Carol is nothing special but it’s just good enough to warrant a recommendation. 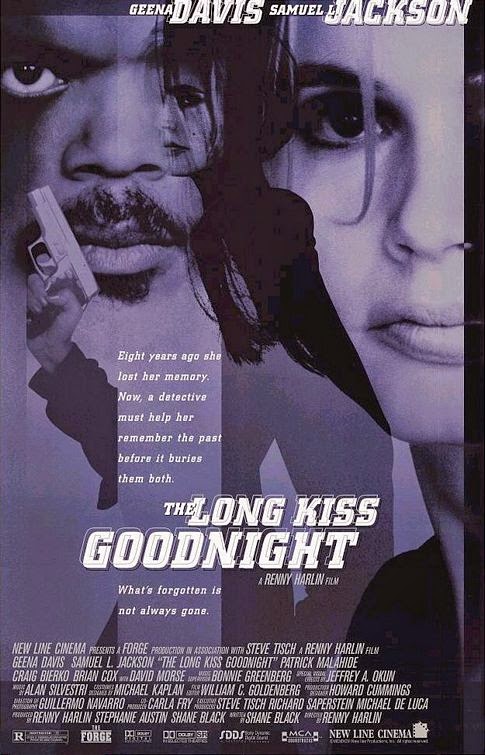 The last time I had seen The Long Kiss Goodnight was many years ago when it first debuted on home video. I remember thinking it was fair at the time, but on this recent re-watch I must say that I quite enjoyed its over-the-top, energetic tone. Geena Davis and Samuel L. Jackson make for a surprisingly charismatic pair and the script by Shane Black is quirky and often quite funny. Director Renny Harlin really knew how to handle the action sequences in this movie as each one works and is just different enough to be memorable set pieces each on their own. If you haven’t seen this one in a while, I recommend giving it a revisit.

P.S. I love how Black incorporates the Christmas holiday into each one of his scripts, if for no other reason than it lends the movie some personality. Hey, if it worked for Die Hard and Lethal Weapon then why mess with the formula? 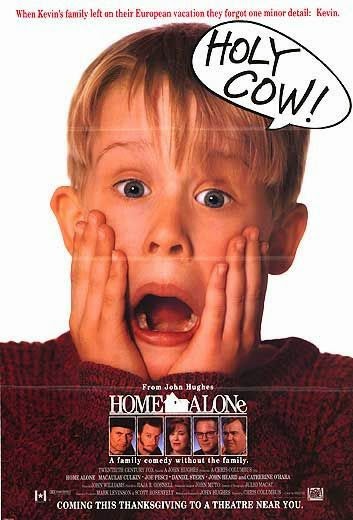 What can I say about Home Alone that hasn’t already been said? Well first, I don’t know about you, but I have noticed that I enjoy the clever, non-slapstick first 2/3 of the movie much more than the climax as I have gotten older. Also, I am always taken by surprise by how much of a jerk the Macaulay Culkin is set up as at the beginning. In a smart move by the filmmakers to avoid having Kevin be entirely unlikeable, I appreciate that he’s not cynical but rather sincere when it comes to the Christmas holiday. He’s a kid with some genuine awe for what the day represents and the traditions that go with it. I also found myself especially liking the scene in the church with the scary next door neighbor. That scene, while a little on the nose, is pretty well written and acted. Is Home Alone a great movie? No, not really but it does have a certain magic to it that can only be stumbled upon by accident and not manufactured. 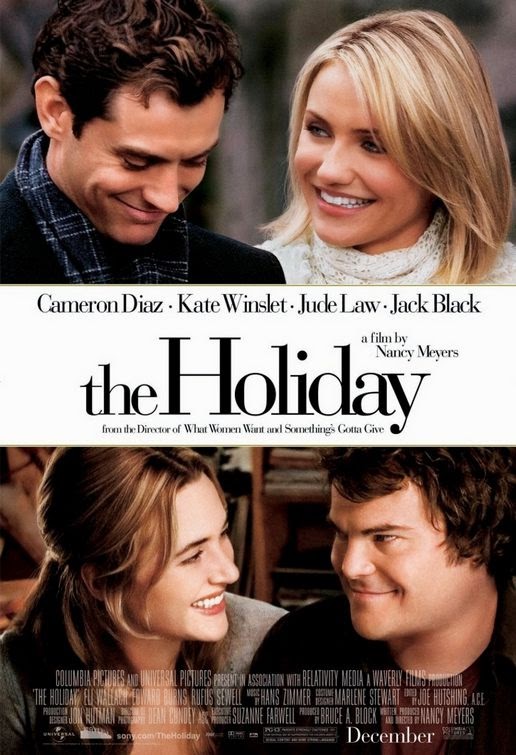 Join me next week as we’ll discuss a modern day favorite starring (who else?) but Tim Allen, a classic among Christmas classics with a young Natalie Wood and a huge hit from Joe Dante about a horde of creatures you can’t serve milk and cookies after midnight.

What do you think of these movies?
Posted by Patrick Bromley at 5:00 AM