10. (Tie) Begin Again & Edge of Tomorrow – The heart wants what the heart wants. I’m doubling down on liking Begin Again! I find it very charming. The chemistry between the wonderful Keira Knightley and the equally talented Mark Ruffalo works and the music is sensational (I’ve listened to the soundtrack pretty consistently throughout the last six months). Is Begin Again a great movie? No, but it makes me happy and that’s good enough. I also couldn’t bear to leave Edge of Tomorrow off of this list either. It’s the surprise of the year for me, something I was expecting little from that ended up entertaining me as much (or more) than any other movie this year. Tom Cruise and Emily Blunt are crazy charismatic, the action is exciting and the movie has a terrific sense of humor. Simply a great time at the movies. 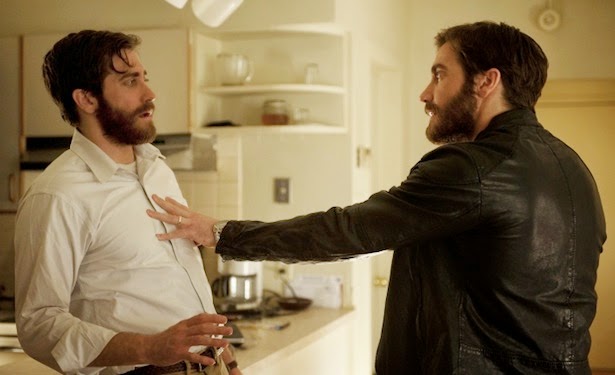 9. Enemy – A very good puzzle movie and I usually hate puzzle movies. I’m not sure I understand all of Enemy, but it almost doesn’t matter because it has grown on me more and more throughout the course of the year. It’s mysterious, moody and sad with a great score, excellent photography and assured direction from Denis Villeneuve. I’d also be remiss not to mention that Enemy contains two of three terrific performances this year from my favorite actor at the moment, Jake Gyllenhaal. I change my mind about what’s happening and what everything means in Enemy about every 15 minutes of the film, but what never changes is that I am completely absorbed by the entire experience.

8. Snowpiercer – Dark and imaginative science fiction that kicks all kinds of ass. I was a fan of Joon-ho Bong’s The Host from a few years ago, but with Snowpiercer the director takes it to another level. The themes explored related to class warfare are fascinating, culminating in a last few moments that still astound me in what it is suggesting. It’s pretty ballsy. On top of that, Snowpiercer is an exciting thriller with solid performances all the way around, with a talented cast including Chris Evans, Kang-ho Song and Ah-sung Ko. We’re so lucky to have this movie. It was almost cut to shreds by The Weinstein Company, but luckily cooler heads prevailed and what we have is a masterpiece of the genre. 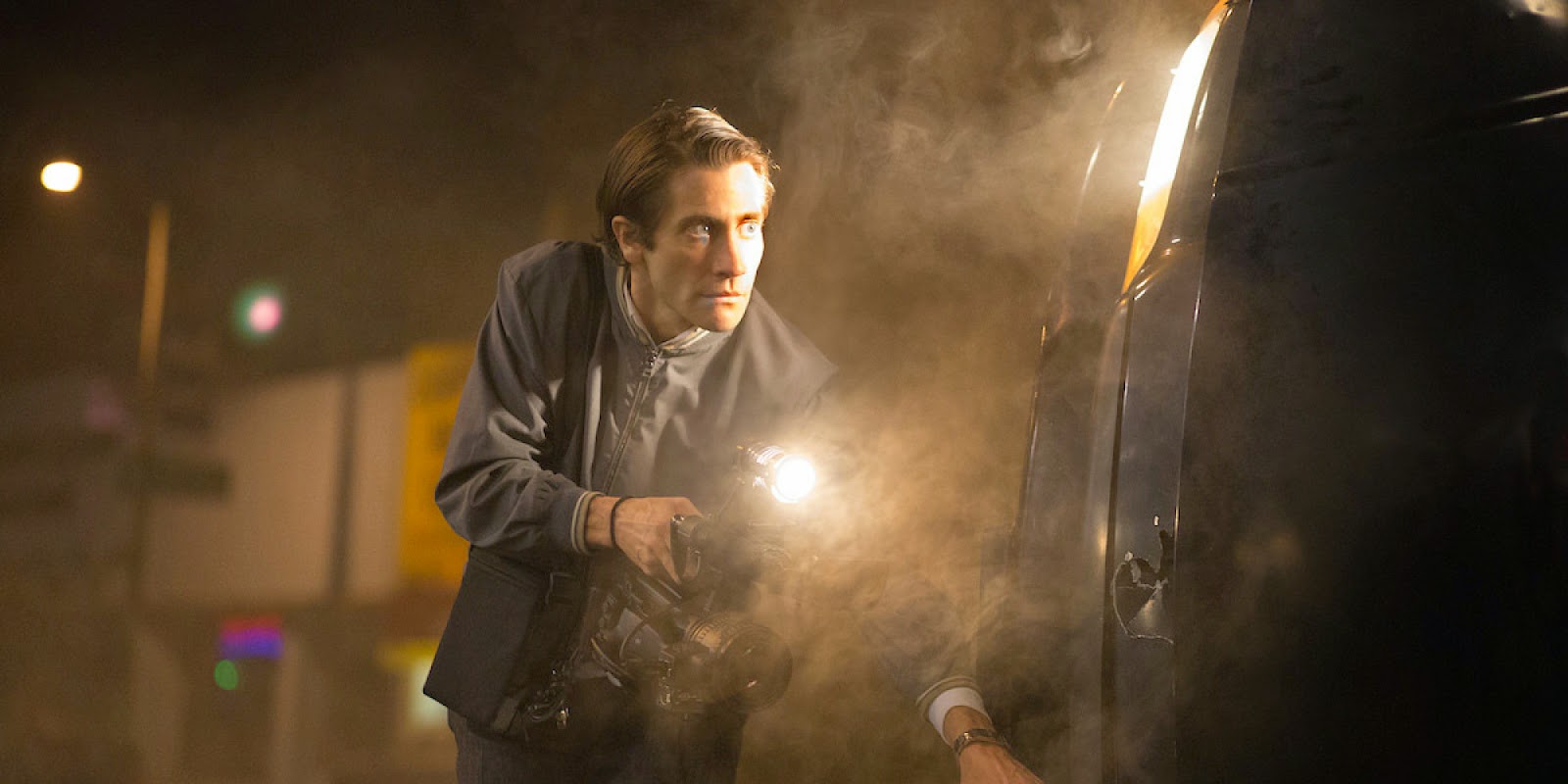 7. Nightcrawler – A great, suspenseful character study and a darkly funny satire of small/private business by writer-director Dan Gilroy. The movie is gritty, seedy and always fascinating as it takes you right into the weeds of a sociopath literally at work. But the real reason for the film’s success is the extraordinary, possessed performance by Jake Gyllenhaal as the amoral and meticulous Louis Bloom. His portrayal of the calm and emaciated “hero” of this story is my favorite performance of the year. Gyllenhaal is a joy to watch, an actor (with a wide range) who takes on risky projects and turns in interesting work time and time again. Nightcrawler also features strong supporting turns from Rene Russo, Riz Ahmed and Bill Paxton. Terrific screenplay and dialogue.

6. Boyhood – The genius of Boyhood is that it’s a movie that proves any life (or in this case, childhood) is ripe with drama and interest. I think it’s a great move by writer-director Richard Linklater to portray the Ellar Coltrane character as just a normal kid. He’s not supremely talented or a “chosen one” in any way, and that makes his journey more endearing and relatable. Few times have I cared about the life trajectory of a movie character as much as I did Mason in Boyhood. The movie also contains some great writing, particularly in the scenes with Ethan Hawke, who is the movie’s MVP and its true heart. This is as much his story as it is his on-screen son’s. 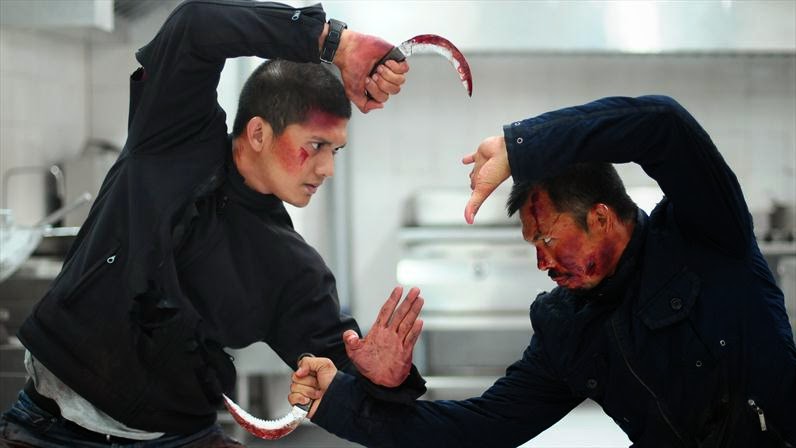 5. The Raid 2 – A masterpiece of action that pushes the boundaries of the genre and continues to top itself throughout its runtime. The brutal and thrilling sequel to the remarkable The Raid: Redemption ups the ante in terms of ambition, taking on the form of a crime epic full of double crosses. Even more so than in the original, writer-editor-director-genius Gareth Evans renders a beautifully shot film with clean, fluid action directing that allows you to marvel at its jaw dropping choreography. The cast is sensational, led by a powerhouse physical performance by Iko Uwais, a great villain turn by Arifin Putra and a bounty of colorful supporting characters each with their own inspired gimmick (e.g. bat boy, hammer girl etc.). This movie blows my mind.

4. The Grand Budapest Hotel – Wes Anderson nails it with the sad and funny (especially visually) story of a one-of-a-kind hotel that represents a society’s last vestige of civility and propriety. The Grand Budapest Hotel is superlative in many ways, from the art direction and production design to the score, the screenplay and especially the performances. Ralph Fiennes (as a regal ninny with a penchant for hilarious cursing) and Tony Revolori (who is essentially his straight man) make for a terrific comedic duo. The movie is adept at juggling tones – at one moment playful and silly and then melancholy, often within the same scene. No one else could have made this movie as well as Wes Anderson, who is evolving into one of his generation’s most enduring and important filmmakers. 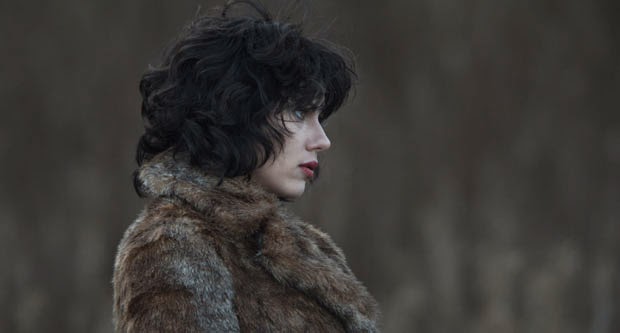 3. Under the Skin – Kicking off with an arresting opening sequence, Under the Skin is a hypnotic and unique experience filled with lots of style, trippy imagery and interesting themes (especially about gender and sexuality). Scarlett Johansson had quite the hot streak at the movies in 2014, but my favorite performance of hers came in Under the Skin. Here she shows that she is capable of holding the screen with little more than just her expressive features and body language. Director Jonathan Glazer directs this sad, mysterious and creepy movie as if being guided by the ghost of Stanley Kubrick, with the film working as a composition as much as a narrative. Also featuring a shrieking and unnerving score by Mica Levi, which I feel is one of the all-time greats.

2. Life Itself – Isn’t it wonderful that a man who spent his life loving great movies is, in the end, the subject of one himself? Steve James’ funny and moving documentary encompassing the life and death of film critic Roger Ebert beautifully captures the spirit of Ebert’s personable and enlightening blog posts, columns and reviews. Life Itself could have very easily been a puff piece, but instead it’s a beautiful movie about love and friendship when confronting death and the virtues of a life lived well. Roger Ebert called the movies “a machine that generates empathy,” and by the end of Life Itself you will no doubt feel as if you understand Ebert, the man and the celebrity. A fantastic screen biography. 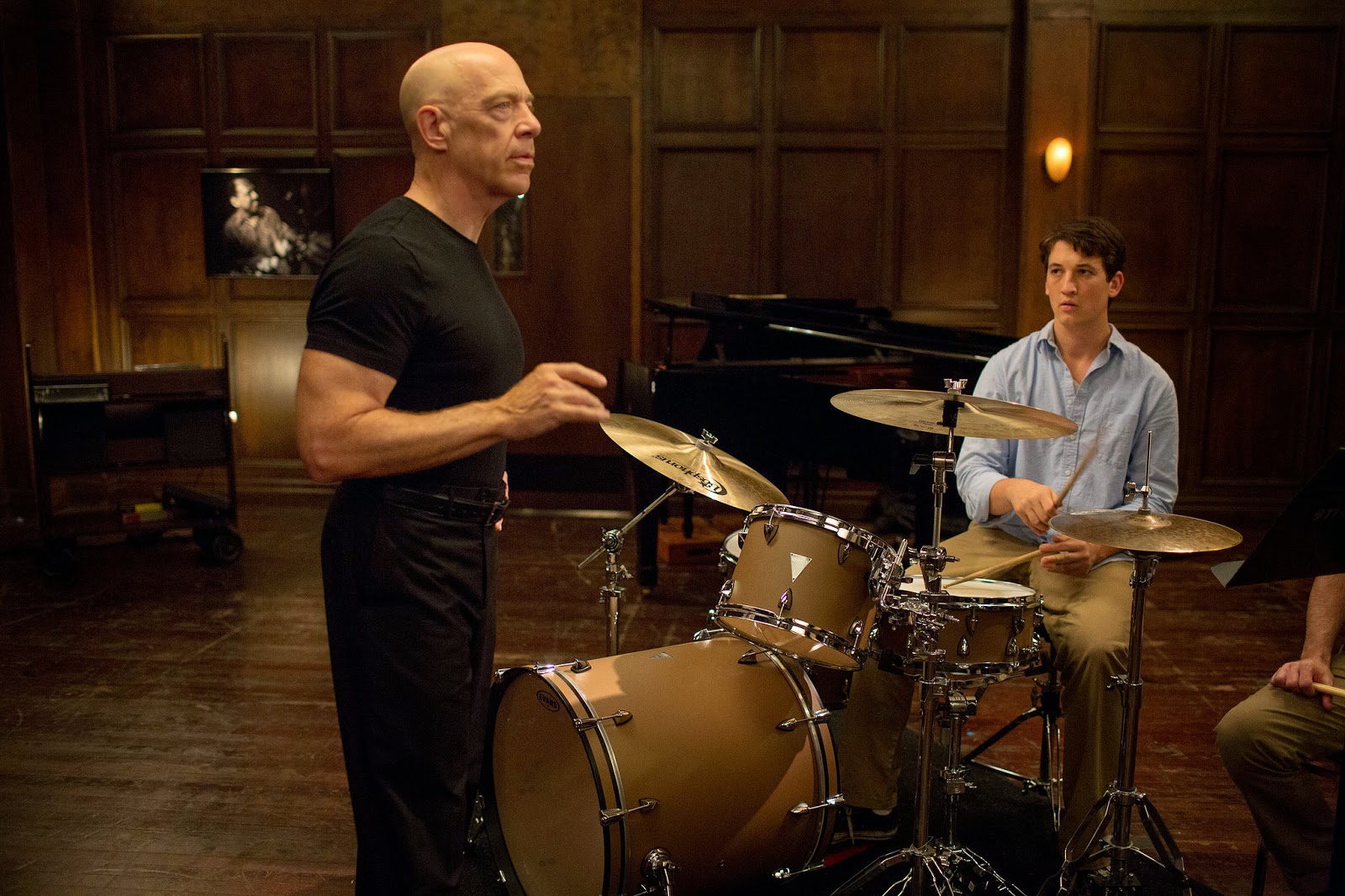 1. Whiplash – My favorite movie of the year. No other movie in 2014 made me more emotionally invested than writer-director Damien Chazelle’s Whiplash. I once was in a fraternity where I got my ass hazed off and also had a full-time job where my managers were Nazis and, as a result, this movie really hit home for me. It could be about any toxic mentor-protégé relationship; it doesn’t have to be music. The performances in this film are superb, from the extremely talented Miles Teller (who is not getting enough credit for his performance – no one is mentioning how well he drums!) to a startling performance from J.K. Simmons as a total monster and psychological terrorist. The supporting performances coming from Paul Reiser and Melissa Benoist are sweet, sincere and also worth noting. But what gives Whiplash its power is its themes (the subjective nature of what constitutes great art, the value of having a “killer instinct,” does the end justify the means?). This is a rich movie that is just as intellectually satisfying as it is involving. The final scene, which I will not spoil, is a masterwork – an epic head-to-head showdown that is uplifting until you realize the darker undertones it is implicating. Amazing editing to match the characters frantic POV, terrific music...Whiplash is awesome.
Posted by Patrick Bromley at 5:00 AM

Email ThisBlogThis!Share to TwitterShare to FacebookShare to Pinterest
Labels: 2014 movies, best of 2014, life itself, riske business, snow piercer, the grand budapest hotel, under the skin, whiplash