We nominate these movies to be streamed this weekend! 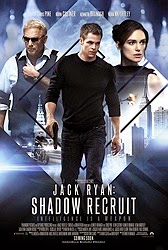 Adam Riske: Jack Ryan: Shadow Recruit (2014, dir. Kenneth Branagh) I think there’s plenty to like in Jack Ryan: Shadow Recruit. The characters are interesting, the action is exciting and it’s a good time-waster. I don’t think it's bringing anything new to the spy genre or saying anything worthwhile about the world, but it’s well-made Hollywood product that works where it needs to work. I was hoping to see this crew back for another Jack Ryan entry, but Chris Pine has even said that it probably is not going happen. That's a bummer. I did my part. So thanks, America, for letting me down. 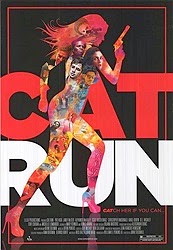 Adam Thas: Cat Run (2011, dir. John Stockwell) Let’s start out by saying this is a bad movie and there is a multitude of things that I really despised and hated in it. There are so many annoying characters and director choices in this movie that it drives me insane. Alphonso McAuley plays what may be the most annoying and ridiculous characters ever and Scott Mechlowicz needs to just stick to trying to get a Eurotrip 2 made. This movie tries to be funny on multiple occasions and fails miserabl,y from the stupid to the insulting (I’m one for pushing the envelope, but DL Hughley is the most un-funny thing in this movie). I semi-recommended it to Patrick and he pointed out that it has “Freeze Frame” character intros so he turned it off. Okay, so it’s a bad movie, which leads to why the hell am I saying you should spend the 102 minutes watching it? Janet McTeer. Janet McTeer plays Helen Bingham, an assassin and the best thing about this movie. She was terrific in this movie and was so much fun to watch in what I thought was a very unique and well written take on “the assassin” in movies. I thoroughly enjoyed every single second she was on the screen, even though they muck up her performance with a bunch of freeze frames and dumbass sidekicks. If anything else, the movie was popular enough to get Cat Run 2 into production. 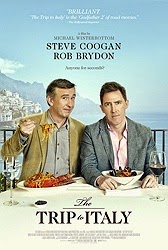 Erich:  The Trip to Italy (2014; dir. Michael Winterbottom) It's cold, the world is crummy, and the Oscar nominations are a joke. What better way to get away from it all with a trip to Italy with comedians Steve Coogan and Rob Brydon. This follow-up to their more succinctly titled The Trip takes the winning formula of fine dining, celebrity impersonations, and melancholic musings to Southern Europe. This lightly fictionalized travelogue is just as funny as the original. I usually hate the way sequels repeat material, but when Coogan and Brydon launch into a new Michael Caine-off it feels more like a rock group playing their hit song in concert. As in the first film, the cheeky rapport has an undercurrent of sadness. The things that happen during the trip range from inconsequential to potentially devastating, hanging it all on the complicated friendship between the comedians. They make the film. The mouthwatering food and stunning vistas are a bonus. Heath Holland: Mean Girls (2004, dir. Mark Waters) I watched this movie when it was new in 2004 and haven't thought much about it in the time since then. When the missus fired this up the other night, I wasn't expecting much, but was totally sucked in within just a couple of minutes, and laughed like a damn fool for the entire duration. I had forgotten how sardonic and biting Tina Fey's screenplay (based on a book by Rosalind Wiseman) actually is, and it reminds me how much I used to enjoy Fey before her schtick became too much for me. Luckily, it's dialed back to tolerable levels here, and most of the performances steer clear of caricature. I'd also forgotten how much talent is in this movie: Lindsay Lohan, Rachel McAdams, Lizzy Caplan, Lacy Chabert, and Amanda Seyfried have all worked steadily in the last 10 years (in some cases, when not in jail), and there's a ton of other recognizable faces. Furthermore, I've been assured by an actual female that this is how girls act, and that it doesn't stop when high school ends. This is not something that would normally be on my radar, but I'm glad I revisited it. 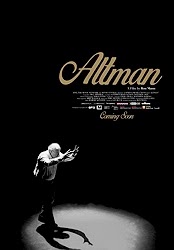 JB: Altman (2014, dir. Ron Mann) Clearly, given the subject, this documentary could have been five times longer and just as enjoyable. Robert Altman is one of the ten greatest directors in movie history*. Great clips (in primo quality), great interview segments with Altman himself, even Altman family home movies! One could quibble about how Altman's favorite actors are used (it is a major quibble) but there is a banquet here for the film lover, a banquet that should not be missed. Director Ron Mann has made other pop-culture documentaries I have enjoyed, like Comic Book Confidential, Twist, and Grass, none of which are available on Netflix anymore.

SIDENOTE: As opposed to evil corporations like Sonos and Comcast/Xfinity with business models designed to ensnare, enslave, and bilk, Netflix seems of late to be investing in technical upgrades. The last few films I have streamed (on Apple TV, Sony blu-ray player, and Apple tablet) have looked nothing short of stunning. The Netflix Instant Streaming picture quality far exceeds Comcast's On-Demand cable picture quality, and Comcast is hard wired, for Pete's sake! 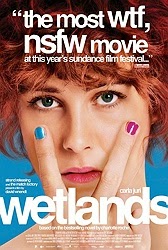 Patrick: Wetlands (2014, dir. David Wnendt) I was just talking about this movie a few podcast ago, and now it's brand new on Netflix Instant! Wetlands (aka Feuchtgebiete), a German film based on the best-selling novel by Charlotte Roche, is crazy gross and uncomfortable as lead character Helen (Carla Juri in an amazingly brave and warm performance) is obsessed with her own sexuality and bodily functions. There is stuff in here that made me wince more than any horror movie, but that's sort of the point -- director Wnendt is forcing us to confront our hang-ups about stuff by making it as extreme and graphic as possible. But Wetlands isn't just shocking for its own sake; in fact, if you can get past the gross body stuff it's a really sweet and, dare I say, gentle romance and coming of age film. It just happens to be one centered around an anal fissure. If you know what you're in for, there is so much to like in this movie.
Posted by Patrick Bromley at 12:00 PM