A Cinematic Journey Down Under 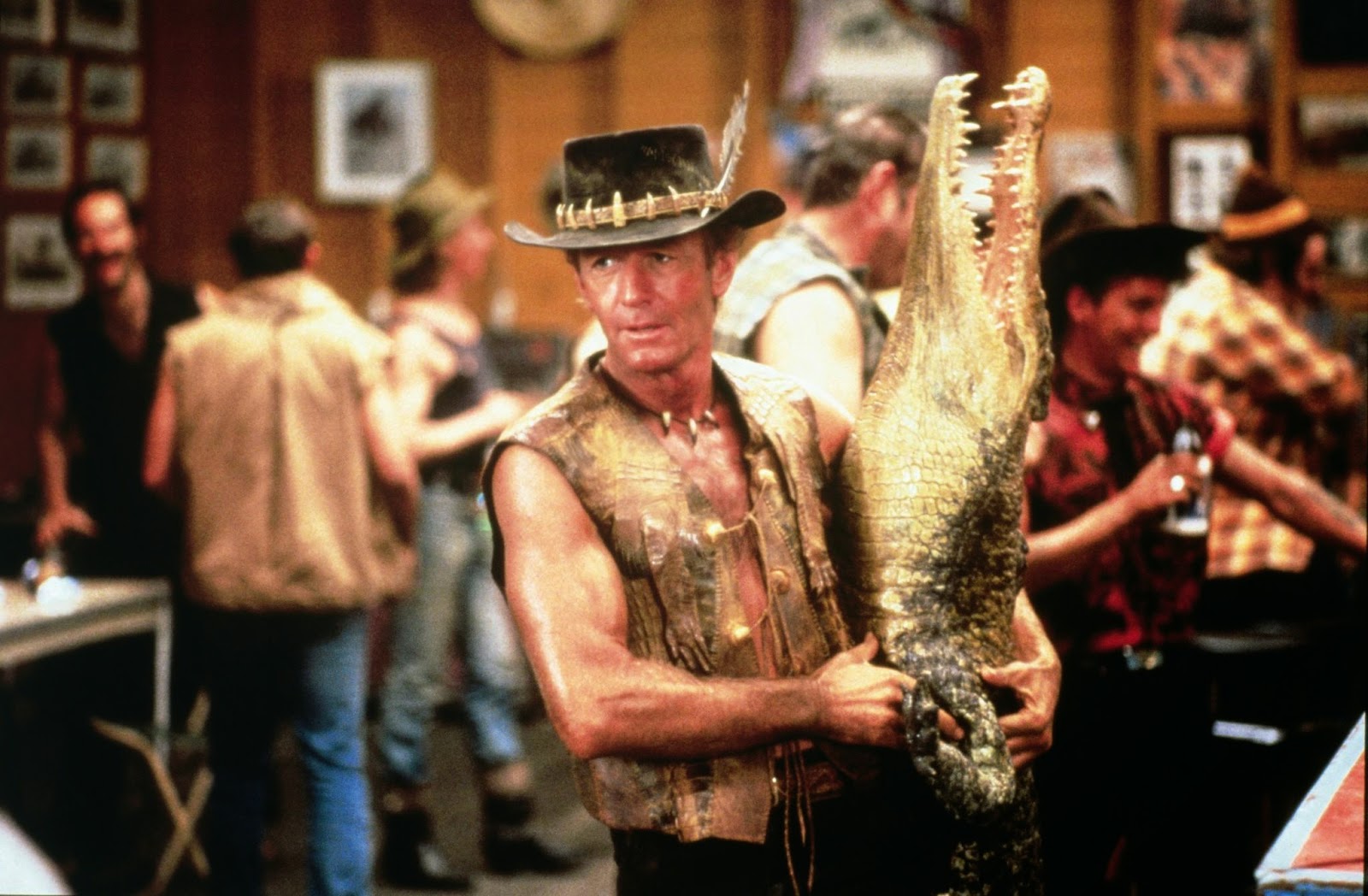 I once lived on an island -- a beautiful country, a vast land of beauty, exotic creatures and everything around me was potentially lethal. Pick up a pretty rock in a shallow ocean inlet? BAM, death by blue ringed octopus. Try and pet the cute furry beaver looking thing? BAM, death by duck-billed platypus. Walking down the street, not a care in the world and out of nowhere drops a cute little fuzzball? BAM, death by koala snuggles.

For the most part, my three years down under was a complete waste of time, save for a couple exceptions: a family of now life-long friends that had saved me from the hole I had dug for myself, along with my eyes being opened to world of movies I had basically known nothing about. I had grown up knowing how to hypnotize a water buffalo and knowing that what I held in my hand was indeed NOT a “noif” mostly thanks to my fascination with Crocodile Dundee. Go figure, my dreams were shattered as Mic Dundee was not the stereotypical Aussie, but more of a caricature of what us outsiders viewed Australians to be.

Lately we have been graced with so many incredible Australian/New Zealand films (The Babadook and Housebound immediately come to mind) that I felt the desire to take a trip down memory lane to revisit a couple “old” favourites and seek-out a couple new ones while I was at it. 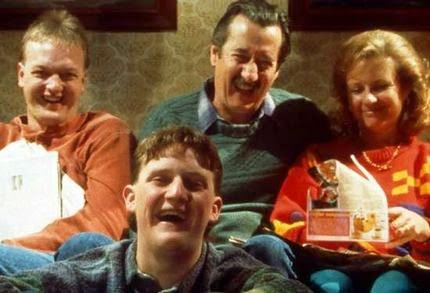 The first Australian movie I was shown after my big southern equator move was a little gem called The Castle (1997). Shot over eleven days on a budget of $750,000, this Rob Sitch comedy is about a happy and loving Melbourne family whose home (ahem... Castle) is at risk of being bought to make room for an airport expansion. The head of the family, Darryl (Michael Caton), under the belief that the government cannot evict him from his treasured home, joins with his neighbours and proceeds to do his best to fight the eviction. Featuring Eric Bana in his first big screen role and an appearance by Bud Tingwell, The Castle keeps me laughing on every repeat viewing, and I find something more to love about it every time. 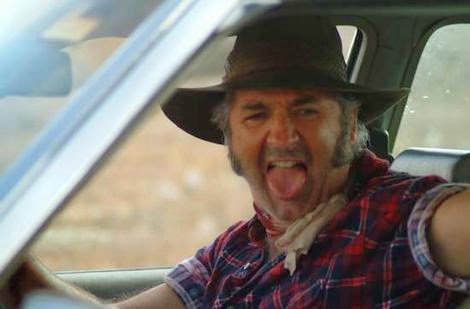 In stark contrast to the first film, 2005's Wolf Creek is “loosely” based on fact (inspired by elements of the Backpacker Murders) and stars John Jarrett as the tourist-abducting psycho at it's centre, Mick Taylor. Now, I had not revisited this movie in a few years, but I had remembered it as the one I would put on when I wanted to feel scared. And yep, John Jarrett's performance still terrifies me to this day. Terrifies in a great way! His laugh alone is enough to send a chill up my spine. (True story: In 2007, Jarrett was having landlord issues and was accused of calling his troublesome tenant and leaving voicemails quoting lines from Wolf Creek and his psycho laugh... Google that shit, turns out real life is just as fucked up as the movies!) Head on a Stick. 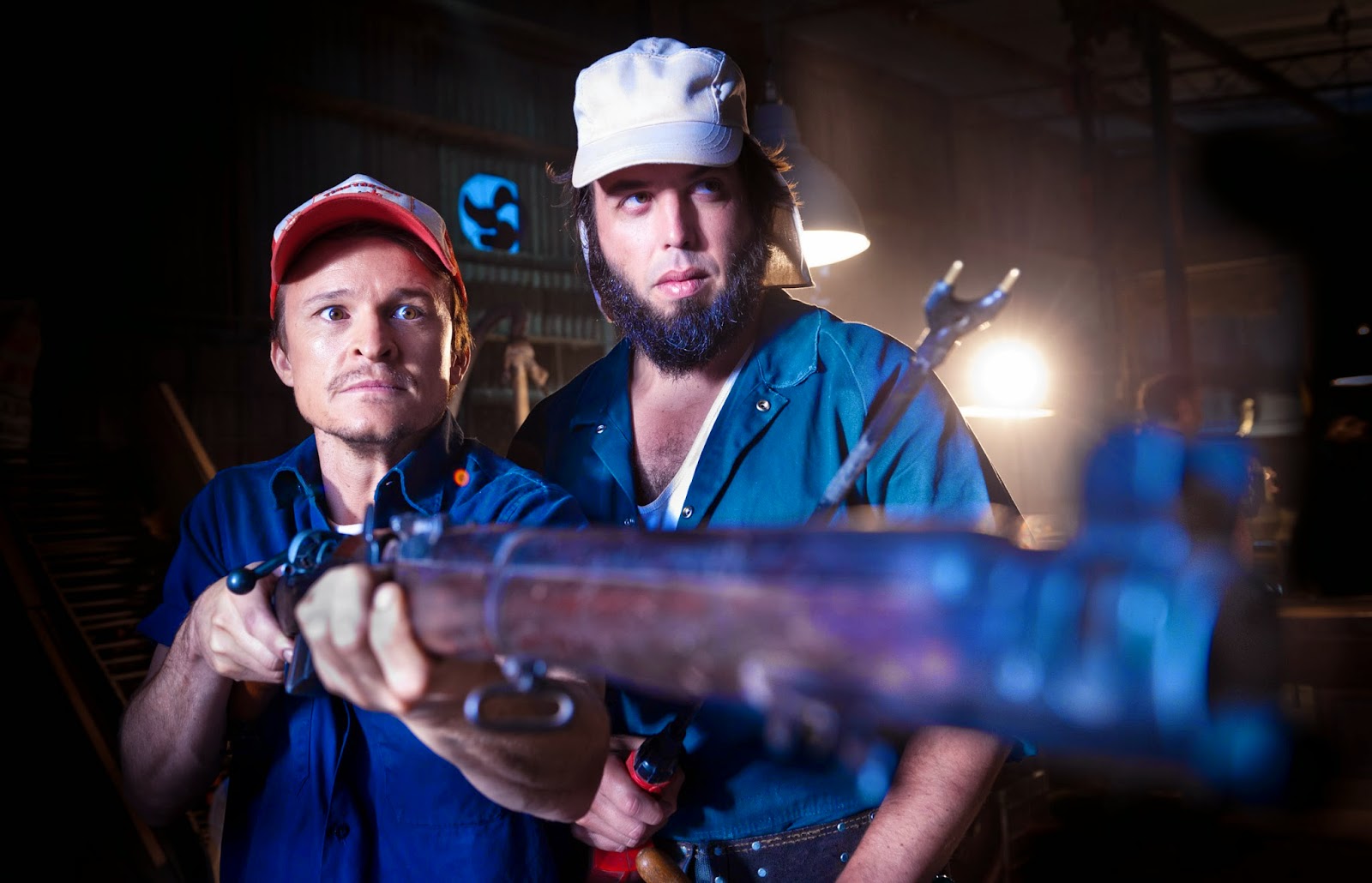 After watching Wolf Creek, I felt the desire to explore some more of down under from the safety of my snow fortress in Canada. First up, 100 Bloody Acres, the 2012 feature film debut by siblings Colin and Cameron Cairnes, is nothing but a buttload of fun -- tourists-meet-crazy-locals-fight-for-survival-to-avoid-becoming-organic-fertilizer BAM. While it may sound familiar, the fun-ness, excessive blood, flying body parts and some over the top laughs had me glued to the screen for the film's 91 minutes. And that's saying a lot, because my ADD usually kicks in and I tend to stray or easily bore at times. Clearly this movie was geared towards me! Oooh oooh, also, note the John Jarrett cameo. 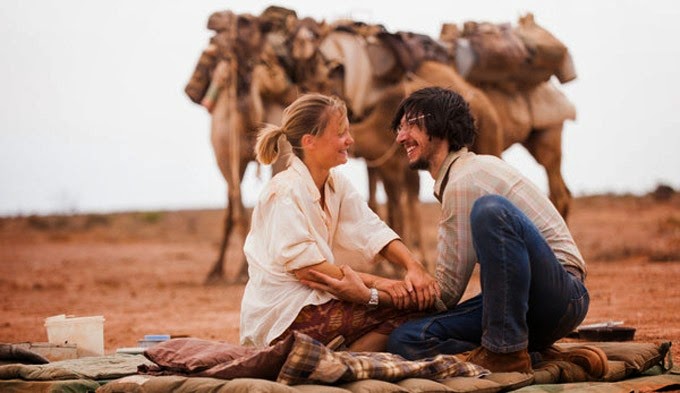 Lastly, I had had Tracks on my “To-Watch” list for some time but had never quite found the right mood to give it the proper attention. I can put on a horror any ole time, but a drama requires a specific mindset, and with my brain in Aussie mode I figured now was the time. Based on the novel by Robyn Davidson's real-life trek across the Australian outback in the early '70s and starring Mia Wasikowska and Adam Driver, director John Curran took me on a beautiful adventure through one of the world's most unvisited and untouched natural landscapes. Determination, Loss and Love form the perfect trifecta in this movie with each one strengthening the last. I don't know when I will desire to watch this again -- once may have been enough -- but it has certainly left a lasting impression on me.

Perhaps just this: “Nobody's getting my potassium!”
Posted by Patrick Bromley at 12:00 PM