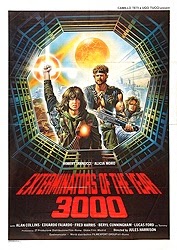 Anything we can do, Italians can do better.

The late '70s and early '80s were a glorious time for genre movies. The success of huge movies like Jaws and Star Wars opened up the floodgates for every studio to begin cranking out horror and sci-fi and fantasy -- the kinds of movies that serve as the foundation for this column. And while major studios were releasing both A and B genre movies (we mustn't forget that Charles Band's Metalstorm: The Destruction of Jared-Syn was put out by UNIVERSAL), the independents were going nuts cranking out knock-offs and cheap imitations, many of which have an immediacy and energy that surpasses even their more expensive counterparts. 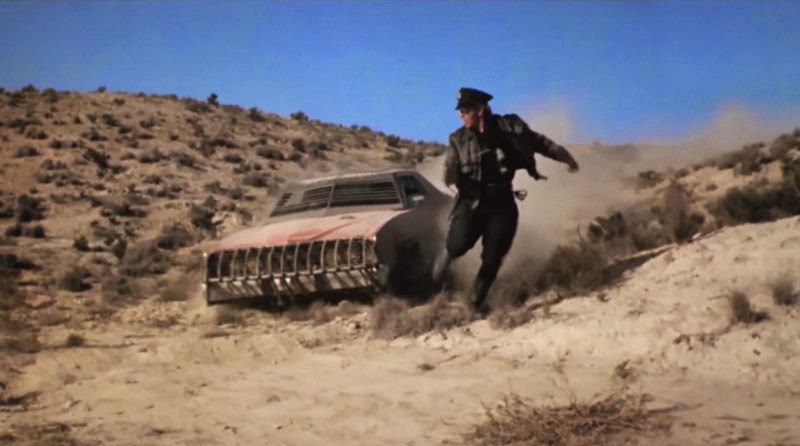 The Italians were the best at these movies: filmmakers like Luigi Cozzi and Lucio Fulci and Enzo Castellari and Ruggero Deodato and Umberto Lenzi and Lamberto Bava and Joe D'Amato were cranking out genre movies that feel less like films than they do fever dreams. These are not movies particularly interested in exploring themes or enlightening the human condition. They are about pushing buttons and activating the pleasure centers in the brains of those of us who love these movies. They are pure cinema.

That's an apt description for 1983's post-apocalyptic sci-fi actioner Exterminators of the Year 3000 (aka Death Warriors), a Mad Max/Road Warrior knock-off directed by Giuliano Carnimeo (credited here as "Jules Harrison"). It is...you guessed it...the year 3000. Earth has been decimated by nuclear war. Water is the most precious commodity. When a group of survivors runs out of water, a search party is sent out for more, including a young boy named Tommy (Luca Ventantini) with a robotic arm and a dream. Out in the desert he meets Alien (Robert Iannuci), a loner and drifter who would have been named Mad Max if the filmmakers weren't afraid of being sued. Alien and Tommy and Alien's Old Lady Trash (Alicia Moro) go to war with a murderous motorcycle gang led by Crazy Bull (Fernando Bilbao), who may or may not look a whole lot like Vernon Wells in The Road Warrior. It's going to be a fight to the death! A fight over water! In the year 3000! Also, Exterminators are cars. 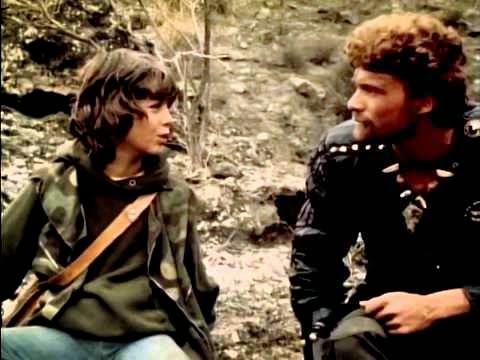 I have Junesploitation to thank for my love of these Italian exploitation films. I spent years resistant to Italian horror films, mostly because I was only seeing one or two a year and they were so weird and gross and nonsensical and often bad that I was tempted to write off the genre. However, those that know me by now should know that I will almost never write something off; I'll keep giving it a chance until I either come around to it or it kills me. Once Junesploitation started up a few years ago, I began consuming huge amounts of Italian genre films -- not just horror, but westerns, cop thrillers (poliotteschi), science fiction, all of it. I got into the groove of those movies a lot more quickly than I did Italy's horror offerings; why that is, I cannot speculate except to theorize that while Italian action, science fiction and westerns deliver only the "greatest hits" of their respective genres, Italian horror is more about serving up crazy gore and dream logic. Neither of those things are the reason I watch horror movies.

But back to Exterminators of the Year 3000, a movie that would be so much better if it weren't such a lesser Road Warrior. One advantage that cheap European exploitation has over its American studio counterpart is a sense of danger -- a reckless desire to "top" that which has come before and a team of stuntmen willing to put themselves in harm's way to pull off the craziest shit you've ever seen. There is a chase sequence near the beginning of Exterminators that perfectly fits such a bill: high energy, violent and genuinely exciting in no small part because it pushes the limits of practical stunt work and driving. It's easily the best set piece in the film. The problem is that it's just ripping off The Road Warrior and all of these same qualifications apply to The Road Warrior, maybe because it's an Australian film and maybe just because George Miller is THE MAN. The stunts in Road Warrior feel every bit as dangerous and energetic -- more so, actually, since Miller doesn't feel the need to play everything out in slow motion the way Carnimeo Harrison does. It's a rare case in which the minors can't out-crazy the majors. Of course, minus the support of Warner Bros. and the presence of a pre-movie star Mel Gibson, The Road Warrior is basically a minor, too. 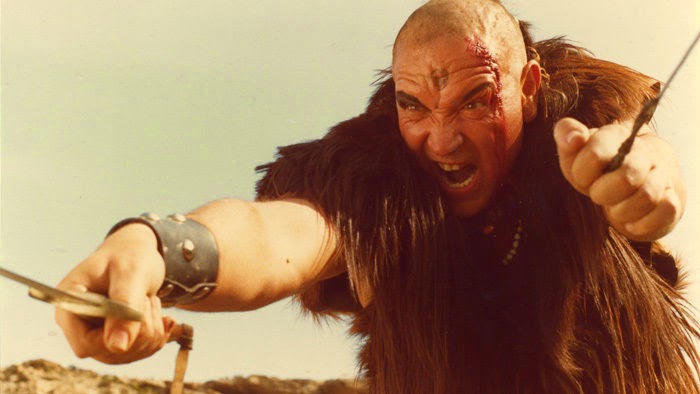 But perhaps my favorite aspect of Exterminators of the Year 3000 is the dialogue that's been dubbed in for Fernando Bilbao, the movie's villain. I have neither heard an Italian language track nor do I speak Italian, so it's impossible for me to know if the English dub comes close to representing the dialogue as originally written. What I do know is that what has been dubbed is glorious. For whatever reason, a decision was made to give Crazy Bull a lot of purplish prose -- he uses 10 words when two will do, and none of them flow particularly smoothly ("Onward, my merry mother-grabbers!"). I don't know if this was a conscious choice to create a character or if it's just a result of either bad writing or a loose grasp on the English language. It doesn't matter. It gives every one of Crazy Bull's scenes so much personality and sets Exterminators apart from the dozens of other post-apocalyptic movies of the '80s, if even in that small way.

Everything else about Exterminators -- save for the amazing chase sequence and Crazy Bull's lunatic dialogue -- is generic for this type of movie, which is to say a great deal of uninspired fun. Sometimes these Italian knock-offs push so far in their own weird directions that they transcend their own limitations and even their own "source material" to really stand on their own as true art. Exterminators of the Year 3000 is incredibly entertaining, but hardly transcendent. It moves well, boasts some great action and has enough of its own personality (a kid gets his arm torn off and only then do we find out he's bionic) to be well worth seeking out for fans of this kind of movie. Will I be watching it again? Absolutely. Is it the kind of movie that could only have been made in the '80s? Of course.

Originally announced as a double feature with Bruno Mattei's Cruel Jaws (which had to be pulled because it incorporates footage from several movies [including Jaws] without permission), it was released this week as a standalone Blu-ray by my beloved Scream Factory. Get yourselves a copy, my mother-grabbers.