Our weekly round up of what you should check up on Netflix Instant this weekend! 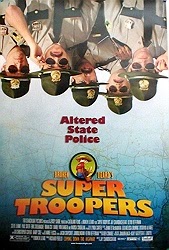 Adam Riske: Super Troopers (2001, dir. Jay Chandrasekhar) Humor is so subjective. What works for one person can leave another entirely cold. Keeping that in mind, you might not like Super Troopers but (being that it's a cult comedy) you might really, really like it. I fall into that latter category. I place a premium on silly in comedies, and Super Troopers hits my sweet spot. It has memorable characters and is one of those rare movie comedies that doesn't feel inhibited by its plot. The story never gets in the way of the gags. I'm still a fan of Broken Lizard, but unfortunately they never returned to the same heights as they did with this little gem from back in the day. 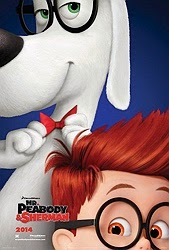 Adam Thas: Mr. Peabody & Sherman (214, dir. Rob Minkoff) Mr. Peabody & Sherman is a very unusual movie in the sense that it is a “kids” movie but has a rather complicated plot because of the time travel aspects. I was very curious going into the movie, because growing up in the '80s I was a fan of the short animated features shown during Rocky and Bullwinkle and was very curious about how they would modernize Mr. Peabody & Sherman for a contemporary audience. For the most part I liked it, not only because of the nostalgia or the fact that it’s a time travel movie (I love time travel movies!) but because it has to do with the father/son dynamic, and, being a new father, it hit me right where it counts. It’s a solid movie with some really funny characters and very unique interpretations of historical figures that make it very amusing. There were a bit too many fart jokes for my taste, but you kind of know that’s what you’re getting into watching a modern kids' movie. Mr. Peabody & Sherman is fun, and at the very least deserves a bit more than the box office gave to it. 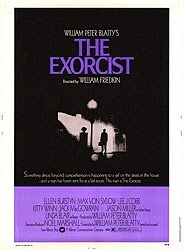 Erich: The Exorcist (1973; dir. William Friedkin) It's not Scary Movie Month yet, but we are now officially closer to October than it's been since last SMM. That's the excuse I'll give for recommending this horror classic that understands that while the devil may be scary, he's got nothing on the medieval torture of invasive medical procedures. The horror of well-meaning adults mistaking demonic forces for mental illness was explored in a flashier way in last year's The Babadook, but the key to this horror classic is the way it sneaks up on the supernatural by focusing on the grounded drama of a parent powerless to help her daughter. With its deliberate pace and strong characters, it's the anti-blockbuster blockbuster. (Antichrist blockbuster?) Plus, the chills it gives you will help ward off Summer heatstroke without the need for air conditioning. Come for the terror, stay for the savings on your electric bill! 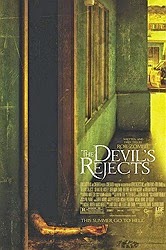 Heath Holland: The Devil's Rejects (2005, dir. Rob Zombie) This movie has been on my mind quite a bit lately and I'm not sure why. Maybe it's because it's been an entire decade since Rob Zombie made a movie like this (insanely violent, horrifying, and not a remake) and I miss that experience, or maybe it's because I'm looking forward to next year's film 31, which sounds like a return to what he does so well. The Devil's Rejects was a semi-sequel to 2003's House of 1000 Corpses, but you unfortunately can't watch both back to back because Netflix doesn't have House of 1000 Corpses available to stream. Even though I don't love the first film, seeing the entire story of the Firefly family is definitely the ideal way to go. Still, The Devil's Rejects is SO GOOD and stands up so well on its own that you lose almost nothing by watching it independently. It's a master stroke of horror, brutal and relentless, and Rob Zombie is at his best when he's doing what he does here. Forget flowers and breakfast in bed; celebrate Mother's Day by looking evil directly in the face! It's like a big, terrifying bowl of tutti f*ckin' frutti. 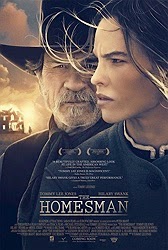 JB: The Homesman (2014, dir. Tommy Lee Jones) A superior Western, featuring characters we have not seen in many other films of the genre. Great performances, subtle direction, twists and turns we do not expect, cameos from big stars-- this film is the whole package and one of my favorite movie experiences of the year. This is one of those films that grows on you; The Homesman just improves in stature every time I think back to it. 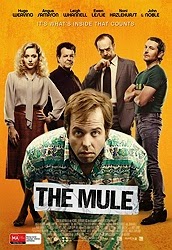 Patrick: The Mule (2014, dir. Angus Sampson/Tony Mahony) This Australian black comedy/crime thriller is all about shit. Like, for real. A simple-minded man (co-director and Insidious star Angus Sampson) swallows a bunch of drugs to carry them into the country, then gets detained by cops and held in a hotel room, having to avoid...passing them for days on end. There's more to it than that -- the movie is good! -- but the central conflict is between a man and his bowels. It's written by Leigh Wannell (who plays a small role), proving he can do more than horror, and features a bunch of great Australian character actors in the cast. Worth a look.
Posted by Patrick Bromley at 12:00 PM