Junesploitation starts on Monday! We've got you set for the week. Or if you already have stuff you know you'll be watching, get started early this weekend by checking one of these out! Two more days! 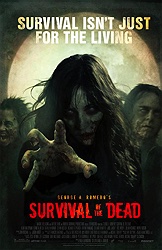 Adam Riske:
June 1: Zombies! Survival of the Dead (2009, dir. George Romero) I might have been in a charitable mood the night I watched it but I really didn't think this one was as bad as everyone said. A very light recommendation, because I'm sure it's terrible (e.g. CGI blood). Better yet, don't watch something on Netflix this day. There are so many better choices available elsewhere, such as the one Patrick pictured in the Junesploitation calendar (Dead and Buried).

June 2: Sci-Fi! Troll Hunter (2010, dir. André Øvredal) A solid curiosity of a movie with impressive special effects considering what I'm sure was a small budget.

June 3: Animals! The Ghost and the Darkness (1996, dir. Stephen Hopkins) It's been a super long time since I've seen this one but I remember enjoying it. Maybe due for a re-watch.

June 4: Cops! WolfCop (2014, dir. Lowell Dean) I've recommended this one before but I'd be remiss not to do it again. It's short, funny and just the type of movie to watch for Junesploitation. Plus, it will turn you on to Gowan. 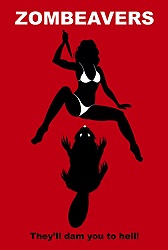 Heath Holland:
June 1: Zombies! Zombeavers (2014, dir. Jordan Rubin) So much has been done in the zombie film, but you know what hasn't until now? Zombie beavers! That's right, undead little dam-builders terrorizing a group of college kids at a lakeside cabin. Also, do you get how beaver is a slang word for a woman's genitalia? This movie was afraid you might have missed that. Watch it! It's fun! It also works for Animals on June 3!

June 2: Sci-fi! Barbarella (1968, dir. Roger Vadim) This is an exploitation classic for a reason. It's been a midnight movie and a kitsch classic since 1968 because it is both a send-up of the culture of the swinging '60s culture and a genuine part of that culture. And I'll say it, Jane Fonda is absolutely stunning.

June 3: Animals! Konga (1961, dir. John Lemont) An English killer ape movie that sets a crazed chimpanzee loose in the streets of London, Konga stars Michael Gough (from a bunch of Hammer movies) and is a cited influence on Tim Burton. Plus, it was distributed in the U.S. by AIP!

June 4: Cops! Shaft (2000, dir. John Singleton) In the absence of the Richard Roundtree classic on Netflix Instant, you can check out the remake of Shaft starring Samuel L. Jackson as the iconic New York City police detective. Christian Bale also stars as a despicably slick racist that you really want to punch in the face. Finally, rapper Busta Rhymes is here doing that weird, spastic thing he does. Woo-ha! He's got us all in check. 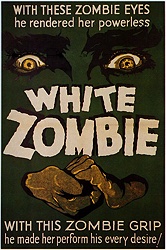 JB: Week One: The only guarantee I make is that these suggestions are all exploitation films, and they are all incredibly fun! 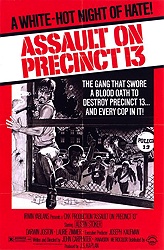 Patrick:
June 1: Zombies! Day of the Dead (1985, dir. George A. Romero) I came very close to recommending the French zombie siege film The Horde for this day, but seeing as it's the first day of Junesploitation I want to make absolutely sure you're able to start on a good foot. Romero has three movies in the zombie movie Top 10, and while this is maybe the least among them it's better than almost every other zombie movie and gets better with each passing year. It also has what are, for my money, the best practical zombie effects in any movie ever. Also works for '80s horror! and Scream Factory!

June 2: Sci-fi! Cyborg (1989, dir. Albert Pyun) If you read this site or my Twitter feed or my diary at all, you know that I'm a big fan of cult filmmaker Albert Pyun. His collaboration with Jean-Claude Van Damme is one of his biggest and best movies, even though he might disagree (the edit was taken away from him and recut by Van Damme; a director's cut is available through Pyun's site and is...interesting? Good? JP knows what I'm talkin' about). Also works for '80s action!, Icons! and Cannon!

June 3: Animals! Frogs (1972, dir. George McCowan) This movie is not very good, but if you're looking for killer animals it has a lot of them. What it doesn't really have is any killer frogs. Misleading title, that. My favorite scene involves lizards knocking over chemical jars so that a person will choke on the poison gas they emit. This means they have a working knowledge of chemistry. Watch this for the tagline alone: "Today the pond...tomorrow the world!" Just released on a double feature Blu-ray with Food of the Gods, so this one also works for Scream Factory! day.

June 4: Cops! Assault on Precinct 13 (1976, dir. John Carpenter) One of the great action/cop/siege movies of the '70s and one of Carpenter's most underrated movies (except by his fans). This movie is so great. RIP Kim Richards. Also works for Icons! and Scream Factory!
Posted by Patrick Bromley at 12:00 PM