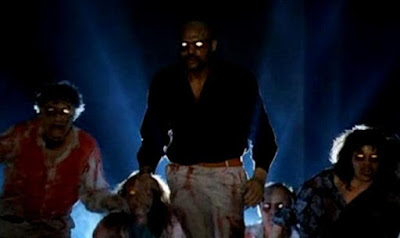 We're just days away from launching our third-annual Junesploitation, a month-long celebration of exploitation and genre movies. If you were with us last year, you're undoubtedly excited about doing it again. If you're new to Junesploitation (and many of you have said as much). WELCOME! We promise you're going to love it.

So let's talk about getting ready for the next 30 days. If you're unfamiliar with exploitation movies, they're basically any movie built around an exploitable element -- a "hook" that can easily be sold to audiences who want to see that sort of thing. Extreme violence and sex are common elements of exploitation movies, but they aren't necessary; pretty much every category we'll be covering in the month of June can be considered the exploitable element (cars, ninjas, slashers, cannibals). While the exploitation genre as we now know it became most prevalent in the 1960s and '70s thanks to drive-ins and 24-hour movie theaters, exploitation has been around as long as movies have. 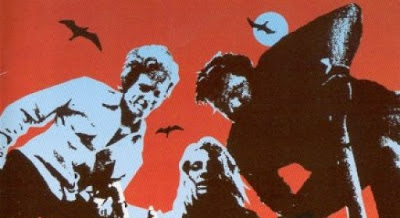 So how do you choose what you're going to watch? A great place to start is with look at our first and second Junesploitations -- you can check out everyone's choices and capsule reviews here (I've gone back and read them to get some ideas for stuff I want to watch this year). Lots of great stuff.

You can also check out The Deuce, an unbelievable database of grindhouse and exploitation movies.

Some of this year's categories are self-explanatory; others are a bit tricker, so below we've included links to lists of titles within that genre. The Video Nasties link will take you to a list of all the movies that were banned and/or classified as such and then taken off the list. On Scream Factory day, you don't have to watch the actual Scream Factory release of whatever movie you choose; it's great if you do because we want to support them, but just watching a title that's in their library will work. In the case of Troma Day, it's a link to the studio's YouTube page, where a whole bunch of their movies are available to watch for FREE.

Should you find any of the categories unclear, let us know. One that might not be totally self-evident is "Icons!" day, but that's what it sounds like -- watch any movie from an icon of exploitation or genre movies: Pam Grier, Roger Corman, Ciro Santiago, Charles Band, Jack Hill, Henry Silva, Charles Bronson, Debbie Rochon...you get the picture.
The thing to remember is that you should be enjoying what you're seeing and choosing anything you see as fitting into the categories. Don't push yourself to watch a bunch of super low-budget '70s sleaze if that's not your bag (and no one blames you if it isn't). If you don't like Troma movies (and no one blames you if you don't), you can take that day off. OR you can watch one of the feature-length 'making of' documentaries on their YouTube channel, which are in some cases more entertaining than their actual movies and offer an insanely honest look at the realities of ultra independent filmmaking.

If you're looking for an easy way to watch these movies without having to track them all down, you might consider signing up for one month of Full Moon Streaming. I've written about it a number of times, but the service really does come in handy during a month like this. If you're not a fan of Full Moon's movies, that's ok; there is a separate "Grindhouse" channel full of stuff from Bill Lustig's Blue Underground label. There are Fulci movies and Jess Franco movies giallo movies and '80s horror movies and much, much more. For Spaghetti Western day (June 15), I highly recommend Mannaja (aka A Man Called Blade), which kicks ass. Plus, this year they've begun adding titles from the Something Weird library, which includes some really crazy early exploitation. The service is $6.99 for one month; if you sign up using the ad at the right, Full Moon even throws a tiny (TINY) bit of money our way and helps keeps the lights on. 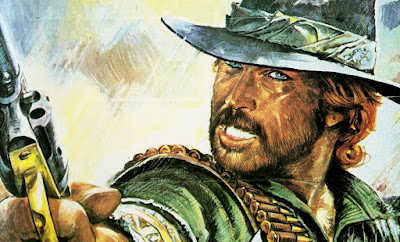 Click on the links in each of the categories below. On those hard-to-choose days, at least you'll have an idea of stuff to pick from. Just keep in mind that you can really watch ANYTHING that you think fits into the category, whether it appears on any of these lists or not. That's the fun of Junesploitation!

I've literally been so excited that I haven't been sleeping. I hope you guys are excited too.