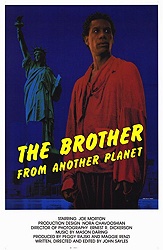 Adam Riske:
June 12: Troma! The Toxic Avenger (1985, dir. Lloyd Kaufman) I'm not the world's biggest Troma fan but the original Toxic Avenger has its moments. You might be better off listening to my colleagues for suggestions today.

June 13: Video Nasties! The Exorcist - Everything I would have picked is not on Netflix, so why not go with this all-time classic whose release was caught up in red tape a bit by censors in the UK? My favorite part of The Exorcist has always been the performance by Jason Miller, which is heartbreaking. This is a rare horror movie that works equally well as a drama.

June 15: Spaghetti Western! Once Upon a Time in the West (1968, dir. Sergio Leone) I don't like this movie personally (I know, I know), but a ton of people really love it so don't listen to me and watch this one to make up your mind for yourself.

June 16: New Horror! So many to choose from. Netflix is the place to be for quality new horror! You won't go wrong with Maniac, We Are What We Are, Nurse or The Babadook.

June 17: Icons! The Brother From Another Planet (1984, dir. John Sayles) John Sayles came from the Roger Corman tree (I think...keep me in check if I'm wrong) so he's tangentially an icon. Anywho, this movie is really strange, funny and involving. Give it a shot if you are in the mood for something different.

June 18: Kung Fu! It's been a while since you've seen a Jackie Chan movie hasn't it? Check out one of my favorites today like the thrilling Supercop or the blissfully silly Operation Condor. 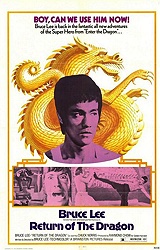 Adam Thas:
June 12th: Troma! Cannibal! The Musical (1996, dir. Trey Parker) It’s amazing on what can happen when you have a hit show. Shot while most of the cast was still in school, the boys from South Park made a musical about the only man ever to be convicted of cannibalism in the US with a $125,000 budget a few years before South Park got picked up. The movie is not great, but if you enjoy the humor in South Park you’re going to like it. It’s crass and crazy sometimes but they managed to do a lot with a little. To be fair, Troma didn’t make the movie but they did pick it up and release it. While it is on Netflix, if you have an opportunity to get the DVD it has one of the best commentary tracks ever where Trey and Matt proceed to start drinking at the beginning and are completely shit-faced by the end. Either way you see it, it’s worth a watch. Say “Hi” to the Nihonjn for me.

June 13th: Video Nasties! The few of these I’ve seen I aren’t on Netflix, so you’re on your own for this one peeps.

June 14th: Bugs! Antz (1998, dir Eric Darnell, Tim Johnson) Have you ever wondered what it would be like if Woody Allen voiced an animated character that is just like him? Well, someone else did and put it in a movie. I am under the belief that Antz never got its fair shake at the theater because it was released the same time as Pixar released A Bug’s Life. To be fair, I think A Bug’s Life is better. Antz, however, still is a solid animated movie. The one thing Antz does have over any other animated movie is star power; the entire voice cast is a who's who of Hollywood.

June 16th: New Horror! Stage Fright (2014, dir. Jerome Sable) For the life of me I can’t understand why this movie is only rated at less than 2 stars on Netflix. I get that it isn’t for everyone, but come on! I thought Stage Fright was so fun and funny where it needed to be; in a Hollywood that keeps churning out the same bullshit, it was great to get something original.

June 17th Icons! True Grit (1969, dir. Henry Hathaway) You don’t get much more of a Hollywood Icon than John Wayne (who my father is named after, incidentally). Many of us probably are familiar with the more modern True Grit from a few years ago, and while that one is great, I grew up watching Westerns with my grandfather so I’m a bit more partial to the 1969 version. The one thing I will say for the 1969 version is that the setting and cinematography are phenomenal and several scenes feel like you’re looking at a postcard.

June 18th: Kung Fu! Return of the Dragon (1972, dir. Bruce Lee) Yeah, this one both stars and is directed by Bruce Lee. While this is far from his best movie, there are two big reasons two watch it. First is that the entire movie takes place in Rome, which is incredibly odd and it’s interesting watching them try to sell that its Rome to you. The second is that Bruce Lee fights Chuck Norris at the end in the Coliseum. It’s been stated I’m not a huge Chuck Norris fan, but you can’t take away that he is a great martial artist, and seeing the two of them on screen at the same time is pretty spectacular. 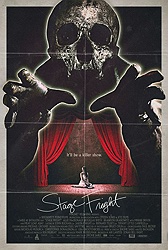 Heath Holland:
June 12: Troma! The Toxic Avenger (1985, dir. Lloyd Kaufman) Confession: I haven't seen a ton of Troma movies, but I HAVE seen The Toxic Avenger. I mean, it's the one with a superhero, so OF COURSE it's the one I go to and the one for which I have the most affection. Go, Toxie!

June 13: Video Nasties! Visiting Hours (1982, dir. Jean-Claude Lord) There's are apparently a lot of things that caused the UK's infamous shrinking violet Mary Whitehouse to have moral outrage. She hated Doctor Who, and she apparently also hated awesome horror and Michael Ironside. You can find both of the latter in Visiting Hours. I'm not sure how she felt about William Shatner (she probably hated him too because Captain Kirk slept with green chicks), but he's in this movie as well. Watch it and make Mary Whitehouse roll over in her grave.

June 14: Bugs! Big Ass Spider (2013, dir. Mike Mendez) For me, the selling point for this silly bugsploitation flick is that it stars J.J. Abram's pal Greg Grunberg in the lead role. I've loved Grunberg for years thanks to the show Alias, and now I feel a weird sense of duty to watch anything he's in. Ray Wise is in this movie too, so now you have no excuse.

June 15: Spaghetti Western! Once Upon a Time in the West (1968, dir. Sergio Leone) Netflix has a seriously limited selection of spaghetti westerns these days, but you could do a lot worse than what a lot of people consider to be Leone's western masterpiece.

June 16: New Horror! Stage Fright (2014, Jerome Sable) This was my second-favorite movie of last year. If you still haven't seen it, now's your chance. This horror musical is funny, gory, and full of heart, which is a weird thing to say about a horror movie unless you're making a pun.

June 17: Icons! One Down, Two to Go (1976, Fred Williamson) Fred Williamson directed this blaxploitation film FULL of icons. You've got the aforementioned Fred "The Hammer" Williamson, Jim Brown, Richard "Shaft" Roundtree, and Jim Kelly all starring together and kicking much butt. If you don't get to this one on the 17th, it works for the 18th.

June 18: Kung Fu! Way of the Dragon aka Return of the Dragon (1972, dir. Bruce Lee) Bruce Lee wrote and directed this movie, which pits him against Chuck Norris. If that's not a must-see, I don't know what is. 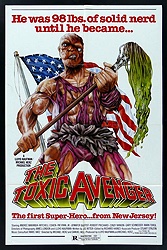 JB:
Week Three: Is it July yet?

June 15: Spaghetti Western! Once Upon a Time in the West (1968, dir. Sergio Leone) I can hear that ghostly harmonica now! 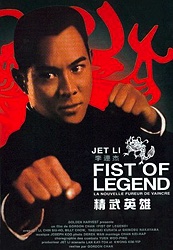 Mark Ahn:
Fist of Legend (1994, dir. Gordon Chau) I wrote about this in my kung-fu column, and now it's on Netflix Instant. Just in time for the Kung-fu space (June 18) for Junesploitation! 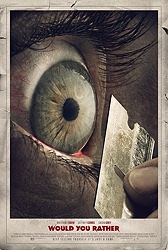 Patrick:
June 12: Troma! Poultrygeist: Night of the Chicken Dead (2006, dir. Lloyd Kaufman) While everyone else is recommending The Toxic Avenger, I'll dig a little deeper and go to bat for a more recent Troma effort. A fast food restaurant is built over an ancient Native American burial ground, creating tainted chicken that turns customers into ravenous zombies. This is the studio's first musical! The songs are a lot of fun.

June 13: Video Nasties! Visiting Hours (1982, dir. Jean-Claude Lord) I wouldn't normally recommend something that everyone else has also recommended, but this appears to be the only Video Nasty available on Netflix Instant right now (and it wasn't even prosecuted, so it barely counts!). I love the atmosphere of this one and Michael Ironside's super-creepy performance, but it lacks that energy and pacing of the kinds of exploitation films most of us have been watching this month.

June 15: Spaghetti Westerns! Roy Colt and Winchester Jack (1970, dir. Mario Bava) Choices are limited. It's not Once Upon a Time in the West. It's a Mario Bava western! That counts for something.

June 16: New Horror! Would You Rather (2013, dir. David Guy Levy) Again, better new horror titles have already been recommended. This one's pretty good, though. Jeffery Combs hosts a dinner party at which strangers are dared to do terrible things for money.

June 17: Icons! The Bloody Judge (1970, dir. Jess Franco) To be fair, I've never seen this one. It might be terrible. But it's directed by Jess Franco (Icon!) and stars CHRISTOPHER LEE, a fucking icon among icons who passed away this week. If you're using Netflix to knock out today's entry, this is the one you should watch. I think. I mean, I haven't seen it.

June 18: Kung Fu! Man of Tai Chi (2013, dir. Keanu Reeves) Keanu Reeves directed one of the best martial arts films of the last decade. The fight choreography is great, Reeves knows how to shoot it and Tiger Chen is at once totally badass and adorable. I love this movie.
Posted by Patrick Bromley at 12:00 PM