The final round of Junesploitation picks! The end is almost here! 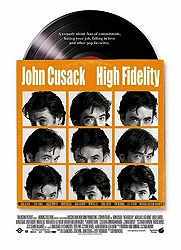 Adam Riske:
High Fidelity (2000, dir. Stephen Frears) Just one to close out Junesploitation and a great movie for Rock and Roll day. I'm sure most of you have seen High Fidelity already, but if you haven't this is one of the best rock n' roll movies I've seen in a long time. It's a personal favorite of mine and a terrific podcast to boot. If you haven't listened to Patrick and JB's High Fidelity show, check it out! 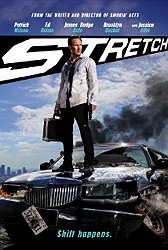 Adam Thas:
June 26th: Cannibals! Snowpiercer (2013, dir. Joon-ho Bong) If you haven’t seen Snowpiercer yet you are obviously new to F This Movie! One of my favorite sci-fi movies and a breath of fresh air for originality.

June 27th: Cars! Stretch (2014, dir. Joe Carnahan) Stretch received A LOT of bad press, and while it is a mess of a movie, there are things to like about it. There are some genuinely funny scenes and an uncredited Chris Pine is very entertaining. I liked enough of it to question why it got panned so much; my guess is it rhymes with "Med Melms," who is just the most annoying thing in the movie.

June 28th: Free Space! Tarzan (1999, dir. Chris Buck, Kevin Lima) This was one of the last good animated features that Disney studios produced before Disney decided to disband it’s 2-D animation department. It’s an interesting movie to me in the sense that the animation, colors, action sequences are some of the best you will ever see out of an animated movie, but the movie does show how out of touch Disney had become with its audiences at the time.

June 29th: Rock and Roll! The Last Waltz (1978, dir. Martin Scorsese) It’s a pretty straight up concert film documenting the last show from The Band. If you are a fan of Rock and Roll history, you will enjoy the steady stream of guest appearances by multiple musicians that come and play with them. It’s pretty fantastic and great to just sit back and relax and experience.

June 30th: '80s Horror! The Toxic Avenger (1985, dir. Lloyd Kaufman) The first time I saw this movie was with my best friend Mike Pomaro and he was IN LOVE with this movie. Another super violent, over the top movie from the people of Troma. This is probably my favorite of all the Troma movies, which is why I didn’t recommend it during the Troma! day, because I want to end up Junesploitation with a BANG! 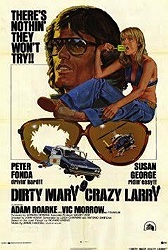 Heath Holland:
June 26: Cannibals! Cannibal! The Musical (1996, dir. Trey Parker) This movie keeps popping up over and over again here for a reason. It's a hilarious musical with awesome songs from the mind of Trey Parker. When I watch it, my heart's as full as a baked potato.

June 27: Cars! Dirty Mary, Crazy Larry (1974, dir. John Hough) Peter Fonda stars in this getaway movie about a racecar driver and a mechanic as they outrun their pursuers in some awesome cars, including a supercharged 1966 Chevy Impala and a 1969 Dodge Charger (like the Dukes of Hazzard drive!).

June 29: Rock and Roll! Tapeheads (1988, Bill Fishman) I just recommended this movie in May, but now is a great time to check it out if you've never seen it. Tapeheads is such an odd little movie, but I think it's awesome. John Cusack and Tim Robbins are slimy rock music video producers, and...well, just watch it. There's nothing else like it. It's perfect for Junesploitation.

June 30: '80s Horror! A Nightmare on Elm Street 2: Freddy's Revenge (1985, Jack Sholder) Might as well go out with a (finger)bang. The only Nightmare on Elm Street movie on Netflix is the first sequel, the most fascinating entry in the whole series. It's full of subtext that most of the creators somehow still swear they weren't aware of, which I think makes it a perfect choice to close out Junesploitation. 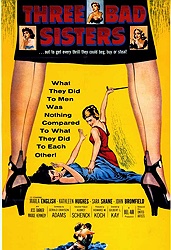 JB:
Week Five: Your reward will be great in heaven.

June 29: Rock and Roll! Rock and Roll Fantasy (1992, dir. David Michael Latt) This raunchy breast-fest will make you question your own existence!

Congratulations! It's July! I'll get the defibrillator! 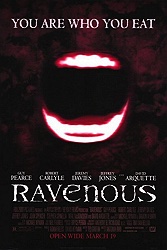 Patrick:
June 26: Cannibals! Ravenous (1999, dir. Antonia Bird) Grisly, quirky cannibal movie with a great cast and strong snowy atmosphere. It's weird to think that this isn't the movie the late Antonia Bird set out to make, because it's still pretty cool. If you've already seen this and are looking for something new, check out We Are What We Are.

June 27: Cars! Drive Hard (2014, dir. Brian Trenchard-Smith) This buddy action comedy from last year isn't great, but it would be nice to fit some Brian Trenchard-Smith into #Junesploitation before it ends. Both John Cusack and Thomas Jane seem to be having a good time and the movie is an ok bit of brain dead fun.

June 29: Rock and Roll! We Are the Best! (2014, dir. Lukas Moodysson) This coming of age story about pre-teen three girls who form a punk band in 1980s Sweden was on my list of favorite movies last year. It's so sweet and fun and wonderful and really does have something to say about punk music and what it means to play it. It's a goddamn delight.

June 30: '80s Horror! Hellraiser (1987, dir. Clive Barker) The more years that go by, the more I become convinced that Hellraiser is one of the best horror movies of the '80s. Might as well end the month on a high note. Or you could watch Pet Sematary and end the month cowering in a corner. Your choice.
Posted by Patrick Bromley at 11:00 AM