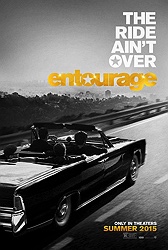 This movie made me feel bad to be a person.

I used to watch Entourage in its early days on HBO. It premiered when I was in my early twenties and I legitimately enjoyed it for a few seasons but then (around the time Vince was making Medillin) I lost interest and moved onto other things. It wasn’t any sort of acrimonious parting; I just stopped caring. That being said, my return to the Entourage canon with the first feature-length movie came with very little expectation. At best, I would remember what I liked about the series in the first place (nostalgia over hot girls and bro’ing out) and maybe even revisit what I missed in the later seasons. At worst, the movie would remind me of an old girlfriend who I wish the best despite us going our separate ways. After watching the Entourage movie I now realize that I was a total dumbass for once liking this nonsense in the first place. 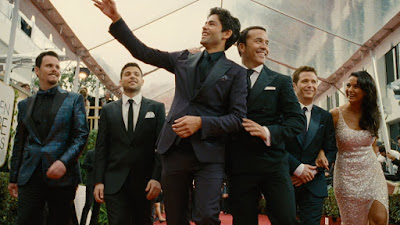 Entourage is essentially a hangout movie with characters from the show, so if you stuck with the series for its entirety (and enjoyed it the whole way through) you might find the movie entertaining. There are these people walking around and breathing the same air as you and I. The first time I went to the theater to see this (I had to go back a second time because I walked out 45 minutes into the first time; I couldn’t take it anymore), there was a bro in the audience who said, as the opening credits rolled, “I’ve been waiting five fuckin’ years for this movie!” The need to use the word “fuckin” in that sentence sort of poetically encapsulates the still-remaining target audience for Entourage. All I can say is that the movie is worse than any episode of the show that I remember. It amounts to fan fiction with little suspense or drama (except Johnny Drama) because the four main guys always get what they want, almost whenever they want it and don’t seem to learn anything or ever have to and yet that’s not its biggest problem. We’ll get to that in a minute.

Vincent Chase (Adrian Grenier), movie star of movie stars, is back with his boys Eric (Kevin Connolly), Johnny (Kevin Dillon) and Turtle (Jerry Ferrara) along with super-agent-now studio mogul Ari Gold (Jeremy Piven) putting together Hyde, a mega-budget modern-day re-telling of Dr. Jekyll and Mr. Hyde (if he were a DJ…I’m not making this up) which will also serve as Vince’s directorial debut.

This is basically all the movie is about besides if Eric will get back together with his baby mama and if Turtle will get to date/bang Ronda Rousey (“the fighter,” as the movie helps us). There is little narrative momentum to the main story or any of its subplots, which results in a rather pokey pacing. I also can’t tell what this movie is. It’s not a drama, but it’s also not really a comedy; there is little in the way of actual jokes. It’s just guys standing around being cool. Who needs that? All of the character arcs for our “heroes” are that they have what they want, they want more and then things work out for them. Entourage is as close to pointless as movies get. 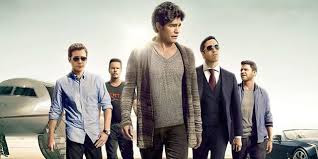 The movie also has a real mean streak to it. Besides being entitled, the characters (and the worldview the movie posits) are grotesquely misogynistic and homophobic almost to the point of satire. There is a lack of morality, especially in the way this movie depicts women. Entourage is like the beginning of the Race Wars scene in Furious 7 but for nearly two hours. It’s a movie that has little respect or use for women other than as sex objects. One joke in the movie is that casual sex is forgetting a girl’s name while you’re fucking her. Har har. The women that are not overtly sexualized are the ones that are nags or getting in the way of the boys being boys. There is such douchey authorship to Entourage -- a consistently spoiled and sexist worldview -- that I’m surprised producer Mark Wahlberg still wants to claim that this escapade is based partially on his life. If I were him I’d want to get my association off of something like this. He must be lacking in self-awareness, and I’m saying that as a fan of Mark Wahlberg. 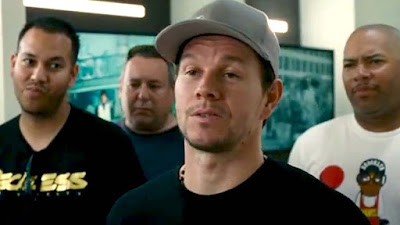 I think I may be onto something when I talk about this movie’s lack of self-awareness because none of the lead characters are likable anymore. Eric, the manager, is supposed to be sweet but he cheats on his baby mama and also is sleeping with multiple women on the same day. There’s a weird scene where he’s supposed to get his comeuppance when the two women he slept with find out, but even that scene is misogynistic because it ends with Eric getting off the hook (the girl he thought he got pregnant was lying and so was the one who told him she had an STD). Way to go Eric! Vince has always been a void. I don’t get in what universe this guy would be a mega-star. He has no charisma whatsoever. Johnny Drama is a lout but at least he’s played well by Kevin Dillon and Turtle is a bore; Jerry Ferrara seems like a nice guy but the movie rewards him for that by calling him former fat and teasing him because he doesn’t all-out close right away with Ronda Rousey (you know…"the fighter"). Also, I find it really weird that for a movie about a close-knit group of friends, no one is ever really super nice to each other or telling one another things like “hey, I care about you” or “thanks for being there, bro.” It’s odd. It’s just a bunch of pissing contests.

As for the rest of the performances, Jeremy Piven is on auto-pilot, but there’s actually a really good committed, comfortable sleazeball performance by Haley Joel Osment of all people. It’s the first performance of his adult career that I really thought “hmm…there might still be something left with this guy…I want to see him in more stuff.” Emily Ratajkowski (from the “Blurred Lines” video and Gone Girl) factors into a chunk of the movie and it's super weird. It feels like her handlers got her in this movie as a PR move to position that she’s hot and in demand (every guy wants her and fawns over her) and that’s about it. The movie also has a ton of cameos, and I mean a ton! I never understood cameos. Does it do anything for anyone when you see 15 seconds of Mark Cuban? Who are they for besides the person giving the cameo? Ugh. I hate cameos. They so rarely work.

I hope the target audience for this movie (whoever that is….hasn’t the target audience grown up since 2004…I mean, for the most part?) realizes this is exactly the same kind of stupid as Sex & the City was but for men instead of women. It’s a portrait of vapid and self-absorbed people that feels completely removed from what is going on in the world. If this is meant to be an insight into how the entertainment industry really is (I doubt it) then that’s really sad. Entourage is so mindless and lazy. 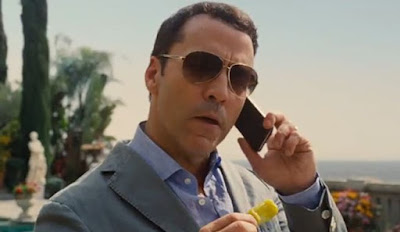 Entourage is so bad that the soundtrack is even douchey. Douchebaggery just permeates every frame of this thing. I genuinely hate this movie. It’s not entertaining, it’s depressing and it’s a movie that the cast and crew need more than any audience. There is no film nutrition in Entourage other than seeing it will allow you to appreciate other movies more. The sad thing is that this is nowhere near the worst movie I’ve seen this summer. I’d rather re-watch Entourage than either Aloha or Poltergeist.

In closing, I’m trying to figure out why this movie bummed me out on such a fundamental level and here’s what I’ve come up with. 1) It’s how I fear I would be if I were rich and famous but the movie has nothing to say about that (or at least no feeling or awareness for it). It’s just one big party and I’ve never been the guy who’s liked parties because they’re forced fun just like how the Entourage movie is a forced fantasy. Would I want this to be my life? Yes, for like one minute and then it would turn into a Spring Breakers level nightmare. 2) It feels like a TV movie in the worst way, where there is nothing cinematic going on in the approach the filmmakers took. They could have dissected the series, sort of like The Monkees did with Head or taken it even further like South Park: Bigger, Longer & Uncut, but Entourage chooses to play it safe and cater to only its small audience.

And that’s all I have to say about that.
Posted by Patrick Bromley at 12:00 PM