With the “good” movies on the horizon and #ScaryMovieMonth just around the corner, Fall is my favorite time of year for movies. Here are my initial thoughts on the upcoming slate.

• I’m not a Transporter purist but it seems kind of dumb to continue the franchise without Jason Statham. This new guy doesn’t look to be all that charismatic.

• The Perfect Guy looks laughable and I will see the shit out of it. I hope it’s nuts just like The Boy Next Door. Remember that piece of shit?

• I’m really rooting for M. Night Shyamalan with The Visit and early word is encouraging. Yay!

• Alison Brie looks super foxy in the trailer for Sleeping with Other People but I’m worried about the movie because her co-star is Jason Sudeikis and it’s directed by Leslye Headland who made the awful Bachelorette and About Last Night.

• I would be super excited for Everest based on the cast (which includes Jake Gyllenhaal and Keira Knightley) except it’s directed by the same man who brought us 2 Guns and Contraband.

• The trailer for Maze Runner: The Scorch Trials makes me want to crawl out of my skin. I’m so done with dystopian YA movies.

• I really hope Black Mass is more than a Johnny Depp dress-up party.

• I can’t take Tobey Maguire seriously in any dramatic performance thus I will not be seeing Pawn Sacrifice. 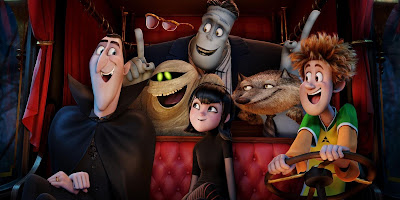 • I didn’t see the first one and I have no plans to see Hotel Transylvania 2.

• But for some reason I want to see The Intern. I can’t even explain that one to myself.

• 99 Homes doesn’t look all that great but it has Andrew Garfield, Michael Shannon and Laura Dern so cast trumps trailer in this case.

• I’ve heard good things about Mississippi Grind but I really don’t want to see Ryan Reynolds in any more movies. I don’t know why I have such a problem with that guy, but I do.

• I will totally see The Walk because it’s the new Zemeckis movie but Joseph Gordon-Levitt’s French accent (from evidence of the trailer) could sure use some work.

• I’m down for Legend with its promise of two Tom Hardy’s for the price of one.

• I want to see The Martian but I hate the part in the trailer where Matt Damon says “Eat your heart out, Neil Armstrong.” I hope Damon sciences the shit out of that movie.

• Seriously, who is going to see Pan? I can’t imagine anyone going. That movie will make negative dollars. 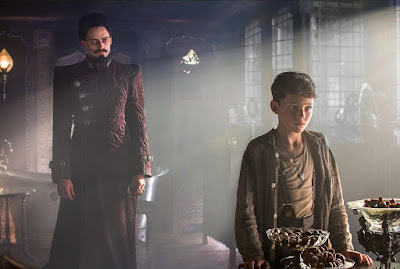 • I can’t wait to see Knock Knock with Keanu Reeves. Hopefully it continues his hot streak after John Wick.

• Goosebumps should be this generation’s Hocus Pocus but it won’t be. It just looks like a bunch of CGI crap.

• I’m very excited about Crimson Peak although I’m worried it will just be a lot of style over scares and substance.

• I love the prospect of a re-teaming of Steven Spielberg and Tom Hanks, but honestly Bridge of Spies looks really boring to me.

• There is a very good chance that Paranormal Activity: The Ghost Dimension will be way better than The Marked Ones and still be a terrible movie. Can this series just end already?

• I will see any movie with Vin Diesel nowadays. Case in point: The Last Witch Hunter.

• I still don’t believe that Jem and the Holograms is a real movie that is actually going to be released in theaters.

• Rock the Kasbah looks like it was made in 1988 and is just now being released.

• I hope I don’t get burnt on Burnt like I did on Bradley Cooper’s last movie, Aloha, which I still have PTSD over.

• Scouts Guide to the Zombie Apocalypse looks like it could be fun. And it has Tye Sheridan, who’s pretty awesome. Even in The Forger.

Your turn! What movies are you looking forward to (or dreading) this September or October?
Posted by Patrick Bromley at 5:00 AM