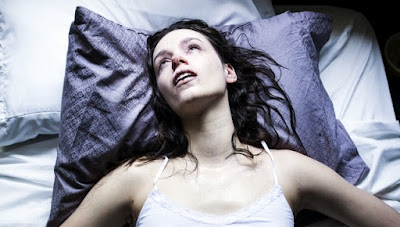 The word "fearless" gets thrown around a lot to describe actors' performances, usually when those actors play irredeemable characters or, more accurately, work without the same amount of vanity as usual. ("Oh! Jennifer Aniston didn't wear makeup! She's fearless!") It has become such a buzzword used to describe a specific kind of star turn that it has lost its meaning -- so much so that when a performance comes around that truly feels "fearless," we fail to recognize it as much as we should. Such is the case with Alexandra Essoe's performance in 2014's Starry Eyes, the second feature from the writing/directing team of Kevin Kolsch and Dennis Widmyer. What she does in the movie is brilliant and exhausting upon first viewing and only better on every subsequent viewing. It's a performance for the ages.

Though she had been working in consistently in independent films, short films and television since 2008, Starry Eyes was my first exposure to Essoe. And though I was wrongly mixed on the film the first time I saw it (I'm on record as liking it with reservations; it wasn't until I had some weeks to live with it that the movie grew in my estimation and went on to become my favorite horror movie of last year), I knew that Essoe's performance in the film was its greatest asset.

She plays Sarah Walker, a would-be actress in Hollywood working a demeaning day job as a waitress at a Hooters-style restaurant called Big Taters (owned by the great Pat Healy). When a lead role in a film called The Silver Scream becomes available, Sarah discovers just how far she's willing to go to become a star. 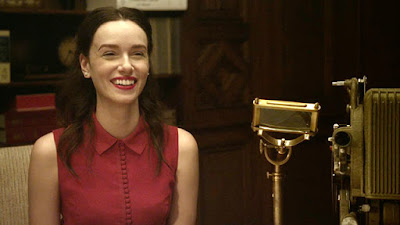 Starry Eyes is a horror film in the tradition of movies like Repulsion and Possession in that it's very much about subjectivity of perspective. Watching the film the first time through, it seems to be about an emotionally damaged girl who is manipulated into selling her soul for fame -- a standard Tale of the Casting Couch, albeit one with supernatural overtones. Essoe's performance is so fragile and wounded that we can't help but feel sympathy for her -- that is, until she begins to decay (sorry..."transform") and really does become a monster. There's an element of tragedy to the whole thing; where once we were so concerned about Sarah's well-being, we must now sit and helplessly watch as she pays too great a price for a lapse in judgment.

It is during this section that Essoe really lets it rip. While her two audition scenes early in the film are standouts -- she goes for it in a way that we're not used to seeing on film, as most actors are either a) too vain or b) only willing to demonstrate their lack of vanity in air quotes -- it's as Sarah starts falling apart that Essoe wholeheartedly embraces her character's ugliness, both physical and otherwise, her once delicate beauty now totally at odds with the living corpse she has become. When she lays on the floor of her bathroom and screams "I'm dying," it is both sad and deeply horrifying. Like in the great body horror of David Cronenberg, Kolsch and Widmyer understand that the only thing more disturbing than your body deteriorating is knowing what is happening to you. 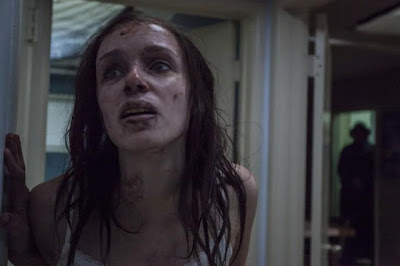 On the second viewing, however, the true brilliance of Essoe's work becomes clear. The secret of Starry Eyes is that Sarah was always a monster. It's why the movie producers are interested in her in the first place -- they see in her something "special." She is not manipulated or deceived. She is a willing participant in everything that happens to her. She doesn't turn against her friends because her mind is being poisoned; she was always loathed and resented them in secret. When we hear her tell Pat Healy "I'm not a thousand other girls" the first time we see the movie, we accept it as Sarah standing up for herself against her douchebag boss. Seeing the film again, though, reveals that it's Sarah who is the awful one in this exchange. Starry Eyes isn't a movie about an innocent ingenue being turned into a monster. It's about a monster finally realizing her potential.

There just aren't enough words to express how good Essoe is in the movie. One can imagine so many other actors in the role being uncomfortable with what she is asked to do (and she is asked to do a lot) and pushing it too far towards camp or self-consciousness. Yes, the film demands that Essoe maintain a certain level of feverish hysteria, but she's never shrill, never missteps. Hers is a haunting, nightmarish performance that goes right for the gut. She is fearless in the best possible way. It's the kind of work of which movie stars are made, and Essoe didn't even have to kill anyone to do it.