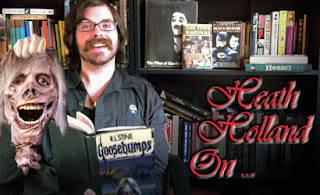 I didn’t always love the monsters.

If this site and podcast has a resident Universal Horror expert, it’s our very own JB. Patrick, too, has long been a fan and proponent of the films, and just about everything that can be said about these movies themselves has already been eloquently stated by my knowledgeable pals. However, I thought it could be interesting if I shared my own weird path to these movies, because even though I’ve written here and there about how I fell in love with them when I watched them, I’ve never dedicated an entire column to how I got there and what they’ve meant to me.

I didn’t grow up with Universal Horror, or horror at all. It’s come up a lot lately, mostly because Scary Movie Month reminds me how much I missed out on when I was a kid, but horror movies (and any other movie with the whiff of objectionable moral content) simply weren’t allowed when I lived at home. Believe it or not, we didn’t celebrate Halloween in my house. I never went trick or treating…not even once. On Halloween night, we’d turn all the lights off and go out to eat and then to the mall so that we wouldn’t be home when kids came to the door. I never ate Monster Cereal as a kid. I didn’t see Monster Squad until I was in my late twenties. My Halloween experience existed entirely of seeing decorations in department stores and at the supermarket. There were neighborhood alternatives to trick or treating put on by churches, and sometimes we went to those, but you had to dress up like a historical or biblical character. Monsters were out of the question, so I never developed the love for them -- or even a curiosity, really -- that I think a lot of kids do. 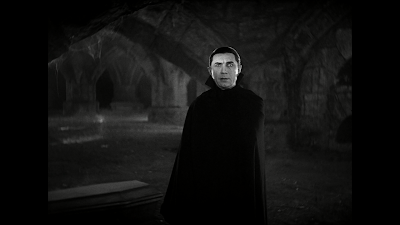 When I was old enough to have a job and make my own money, I watched whatever I wanted to watch, and I started my own video and DVD collection filled with horror. No one could tell me what I could and couldn’t watch…and if they tried, I did it anyway. I was angry (actually, pretty furious) when I started to realize what I had missed during my youth, and I wanted to see horror movies that reflected the anger that I felt, so that’s what I pursued. I sought out and connected to movies like An American Werewolf in London and then with slashers like Freddy Krueger and Jason Voorhees that I’d always longed to see in action but never been allowed to. It’s probably not a coincidence that both characters were seeking revenge for how they’d been treated in the past. Most slashers are angry about something, and it’s usually about evening the score over an offense, be it real, or just perceived. Often (though not always) when something bad happens in horror movies, it’s spurred by actions the characters themselves have taken, and we revel in the gore because we know they got what they deserved. There’s a twisted sense of justice behind a lot of it, and I really connected to that. I connect much less to terrible things happening to good people, and I like it when my horror movies play by a certain set of rules. As much as I loved movies, I had little interest in the ones made before the seventies. Back in college, I had seen the Orson Welles films Citizen Kane and The Stranger (that’s right, both of ‘em. U Jelly?) and was very proud that I had sat all the way through them, but I didn’t see much need in pursuing other movies from that era. Everyone else my age was just discovering stuff like The Godfather and Chinatown, and that was about as far back as any of us had gone back. Don’t get me wrong, I watched everything I could get my hands on from around 1970 onward, but Universal’s horror films from the 1930s and 1940s felt as far away to me as silent movies. This pattern continued for years. Rinse and repeat.

Now fast forward. I discovered the F This Movie! site and podcast and found a bunch of cool people who were just like me, around my own age, and who loved all sorts of movies from all sorts of genres, including OLD movies too! WEIRD! Also, WHY?! Patrick spoke knowledgeably and casually of things I didn’t know the first thing about, like “German Expressionism” and its presence in movies like The Cabinet of Doctor Caligari and Nosferatu (hey, wasn’t that the name of the movie they made in the film Shadow of the Vampire? I saw that!). JB spoke of the Universal Monsters like the preachers at church when I was a kid spoke about holy things, and I could tell that he had a deep connection with them. The whole thing felt like a secret society that I could be part of. The knowledge is obtainable if you but ask, and so few ask. But how could the monsters I had seen in Stephen Sommers’ The Mummy and Van Helsing possibly be as cool in old movies as they were in those newer ones? I knew I had to check them out ASAP. 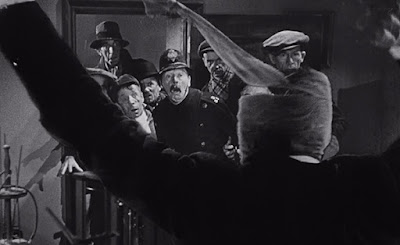 I specifically remember the conversation I had with my wife about wanting to watch Universal Horror movies. We were on a walk in our neighborhood and I was explaining that I had found the box sets from Universal on Amazon, and that each set contained the core movies for each monster along with the ancillary films and the sequels. To make it even more appealing, there was a triple pack called The Monster Legacy Gift Set that came with little mini-busts of Dracula, Frankenstein’s monster, and Wolf Man. By getting all six volumes of the DVDs, I’d have collected pretty much all the core monster movies in the latest transfers. Dracula even came with the Spanish-language version.

I didn’t quite fall in love with them instantly when I watched them. There was an adjustment period for me, like wading into the deep end of the pool. Bride of Frankenstein had these weird tiny people in jars. Dracula started strong but was a lot slower than I was expecting. Lon Chaney Jr. was kind of a goober. But before long, I realized that I was thinking about them a lot, re-watching them, and enjoying them more and more on repeat viewings. I had appreciated the weird sense of morality and justice in slasher movies, and that twisted justice was here in the monster movies, too. People who did bad things had bad things happen to them in turn. Parents who didn’t let their kids celebrate Halloween were sure to be punished!

Not all Universal Horror is iconic. We have the core monsters (Frankenstein, Dracula, Wolf Man, The Invisible Man, The Mummy, and the Gill-Man) and the sequels that they appeared in, but there are also a ton of movies that don’t feature those monsters at all, yet still fall under the banner because they were horror films made by Universal during the Golden Age of Hollywood. All in all, there are about 80 movies that are considered Universal Monster movies, but only a handful of them can be considered truly iconic. I’m still working on some of the ones from the 1940s and 1950s, but I can say that even the later movies that lack the pizzazz of the earlier films still have that unmistakable signature flair. The Halloween that I would have loved to have had when I was a kid is the one that I see on screen in those early classics. Moreover, those core monster movies ARE Halloween. They contain jagged spires of towering gothic buildings, flickering lightning, corridors filled with cobwebs and long shadows, cemeteries filled with crooked tombstones like teeth in the mouth of a madman, towns that are of no distinct nationality and contain both European and American reference points, all placed within an indistinct point in time that is both hundreds of years ago and yesterday. Universal’s world of horror is a place of both fantasy and nightmare. It is the tapestry that every timeless Halloween cliché seems to have been cut from. The Universal Horror films are actually everything I wanted them to be and so much more. 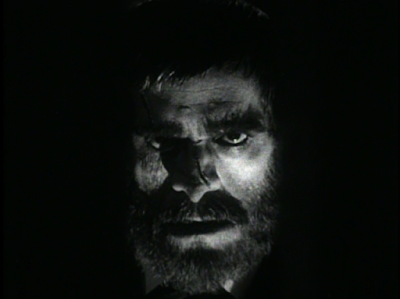 I was expecting the films to be tame, but they aren’t. I mean, they aren’t packed with nudity and graphic gore, but they’re loaded with subtext and things to think about long after the screen declares “The End.” There’s that sense of morality, but there’s also a sense of amorality as well, and characters like Dr. Pretorius from The Bride of Frankenstein is a walking collection of vices (he does in fact have more than one) and blasphemous tendencies, which is all the more shocking considering the restrictions on cinema. Everything that was taboo nevertheless finds its way into the stories, though you don’t see it in graphic detail. Still, it’s there.

You want strong women? Universal’s monster movies are filled with strong women, both good and bad. Consider Gloria Holden in Dracula’s Daughter, or Evelyn Ankers opposite Lon Chaney, Jr. in The Wolf Man with a performance that plays against typical damsel-in-distress expectations. Then there’s She-Wolf of London which features women in almost all the decent roles. Now that I’ve learned more, I know that Universal Horror paved the way for Film Noir in the 1940s and 1950s, which borrowed heavily from the stark cinematic contrasts and visual motifs of Universal Horror, and these strong roles for women translated directly to the femme fatale of noir.

And since I like it when a movie leaves me wanting more instead of overstaying its welcome, I appreciate that all these films are all really short, most running just a bit over an hour, and they lend themselves to double and triple features. In fact, you could watch the core seven movies featuring the most famous monsters in a single night. It takes about nine hours. Then again, it’s probably best to savor them like fine wine. Ah, wine. It’s my ONLY vice.

I’ve been a fan of Universal Horror for a few years now, but it feels like a lifetime. I literally can’t remember what it was like before I had seen these movies because they changed me that much. Before I saw them, I had a laughable and embarrassing view of older movies, like I had to lower myself to watch them, as if time had robbed them of their ability to speak for themselves what they were trying to convey. Now, I watch almost nothing but older movies and spend as much time as possible exploring and researching the hundreds of thousands of films made before I was even born. The great part of this pursuit is that there are more than I’ll ever possibly be able to see and I’ll never run out. 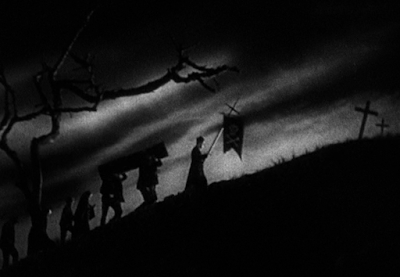 What Universal Horror did for me was unlock the second phase of my movie fandom by pushing me outside my comfort zone. They revealed that even though movies have changed in the way they tell stories, the stories themselves are exactly the same because WE are exactly the same. The cars and the clothes change, but we as people do not. It’s fascinating to look at how older movies explored people and humanity, what makes us tick, and what scares us. Your mileage may vary, but if you haven’t taken the Universal Plunge (if that’s not a ride at Universal’s water park, it should be), this Halloween is the perfect time to see them for yourself. It’s entirely possible that they won’t blow you away like they did me; after all, I was the perfect storm, waiting to happen…but what if they do?