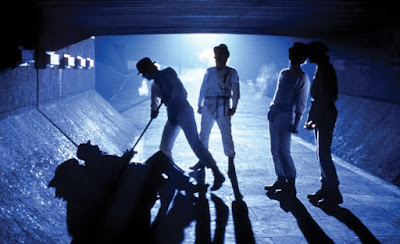 Music invades your earholes and has the ability to envelop any specific thing that is happening, (whether it's accompanying a particular scene in a movie, or is a theme song for a film, or perhaps you are reading a book and listening to an album, or even eating tasty tastums) with an associated memory. Scent is another terrific example of this; catch a hint of some perfume from days past and you can be instantly transported to a memory long ago forgotten. This has basically been truth in my life as far back as I can remember.

When I was young, we lived in Germany and many a road trip we would take with my Dad through the Black Forest and he would always have an album playing on our tape deck. George Michael's Faith, Michael Jackson's Dangerous, Roxette's Joyride; the instant I hear any song for those albums, I find myself remembering scenes from the Little House on the Prairie books that I read obsessively during my 9th, 10th and 11th years. “Cause ya gotta have Faith-a Faith-a Faith-a, You Gotta Have Faith, Baaaaaby” BAM. I am living in a little shack in the dark woods, caught in the middle of a blizzard, waiting for 'Pa to come home with any form of food to make it through the rest of winter.

So I was flipping through all of my unwatched movies,(I buy movies and then tuck them away for another day, buy more movies, which get tucked away on top of them, and I am left flipping through stupid Netflix sad that there's nothing to watch, when downstairs the forgotten DVDs and Blu-rays are screaming for their time to shine) and came across Dangerous Minds. My adolescent memory of it was that of a classic inspirational story. I watched it and my feelings mirrored that of the reviews I read afterwards: a mixture of everything from 100% pure awesomeness to 25% predictable crap. I think I will continue to remember it as something I really enjoyed when I was younger, but it has been removed from the “awesome” category in my memory banks. The movie's soundtrack, on the other hand, was the inspiration for this piece, and got me thinking about all of the other songs you hear on the radio (who the hell listens to the RADIO anymore?), vinyl, cd, or a playlist you are streaming, that are forever linked with the films they were featured in. 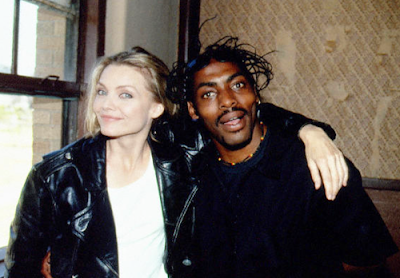 The king of the perfect pairing of music with an iconic scene – Tarantino. One of my favourites: Dusty Springfield's “Son of a Preacher Man” playing during Vincent's (John Travolta) initial meeting of Mia (Uma Thurman) as she watches him through the house's surveillance system in Pulp Fiction. It makes me want to have tile floors so I can walk around barefoot on them, too.

Another pairing perfection is featured in Reservoir Dogs, as Michael Madsen tortures his hostage/prisoner to the tune of “Stuck In The Middle With You” by Stealers Wheel. I am re-watching all of these clips on Youtube as I write this, and holy hell does this make me want to sit and watch all of these movies again SOON! Now that Scary Movie Month has passed, I find it difficult to transition back to anything that isn't eye-popping horror, but Tarantino's films should help make the transition a bit smoother.

Frankie Valli's “Can't Take My Eyes Off of You” has had many an artist cover, but my favourite and the movie scene that immediately pops in my head is Heath Ledger singing it to Julia Stiles in 10 Things I Hate About You. I love this movie, and as I mentioned before I am not the biggest fan of romantic comedies (I just cannot force myself to write the “rom-com” abbreviation, except for there, as it literally brings on a gag reflex... TAKE THAT TODAY'S ABBREVIATED SOCIETY! Vomit!), but this is definitely one that I will watch repeatedly. Once I have cracked the Heath Ledger seal, though, I then travel down that path and get my fill of all of his great performances.

There are so so SO many awesome songs that are forever linked with their iconic film scene, and far too many to include in here: Rocky, The Breakfast Club, Garden State) A few more must-mentions though:

“Nobody puts Baby in a corner.” Patrick Swayze in all his glory, doing what he does best, dance dance dance to “(I've Had) The Time of my Life” by Bill Medley and Jennifer Warnes. There were summers in my childhood that I would tell my friend (or was it my brother?) to hoist me in the air when I ran at them. HOIST! Smash face, hurt people, the joys of being a fat kid that doesn't know she's fat. It inevitably ended in ungraceful failure 100% of the time. 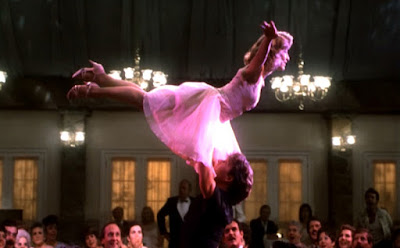 I'm not even going to mention Celine Dion and Titanic.

And does “Singing In The Rain” make you think about raping people? 'Cause it sure makes me want to...Watch the movie A Clockwork Orange. Not RAPE PEOPLE. There is just no good way to word that. All raping aside, man I love that frickin' movie.

“I fuckin' need you more than ever” There's just no other way to sing “Total Eclipse of the Heart” for anyone that has seen Old School. Best wedding dance song EVER!

And now that all the store are changing over into Christmas mode, you can bet that "Jingle Bell Rock" will be playing. And I will be envisioning four half-dressed high school girls dancing in their mini santa costumes to it. (....And I'm coming off as a creeper. Rape, half-dressed school girls, Celine Dion.... Should I stop while I'm ahead? ...Am I ahead?) Mean Girls. You have all see Mean Girls have you not? I'm quite sure that I am not alone in this.

“....and then I see the fuckin' look in your eyes”. Great, now THAT's all that I can think of. Stupid brain is stupid.

So I will end this, even though there are hundreds more that I could go on and on about. I have taken to swearing, and have written about rape twice ....now three times. I do not have a filter. I'm sure this has become quite apparent? As my word program only checks for spelling errors, my filth goes unfiltered. This is why I should start running my articles past a sane mind before sending them off to be published for the world to read.

Okay okay, one more! And probably my absolute favourite. What do you think of when you hear Run-D.M.C.'s “It's Tricky?” Is it Road Trip and DJ Qualls doing his awesome dance onstage? 'Cause every SINGLE TIME I do, I feel the need to dance like Kyle and get down with ma bad self. Butt shake and everything.

And with that wonderful image, I am done.
Posted by Patrick Bromley at 12:00 PM