These are the shiny discs that made me happy this year.

When I started writing this, I was convinced that 2015 was an awful year for DVD and Blu-ray and that nothing truly special came out. The more I began to type and think, though, the more I began to realize that there were actually quite a few discs to be really happy about this year. While reports of the death of physical media continue to make headlines on the internet (which never sensationalizes), we saw quite a few classics make a debut this year and a few of the mainstream movies receive truly noteworthy home video editions. What’s more, the prices of DVDs and Blu-rays are now lower than ever before, making it even easier stock a home library. While it’s true that 2015 did actually see the further decline of disc sales, I think it was a pretty good year for bringing the magic home.

Last year (2014) Disney dumped a bunch of movies onto the home market during the course of the year in an attempt to clean out their vault. Remember the vault? It’s Disney’s way of driving up demand for their films by creating scarcity, holding back the release of movies for years at a time so that the eventual releases become events when they finally occur. There were a lot less releases from Disney this year because they’re running out of movies they haven’t already put out. We’re down to just a handful of classic animated films that haven’t seen the light of day, and it looks like (fingers crossed) 2016 will see the rest of these (Saludos Amigos, The Three Caballeros, Make Mine Music, etc.) finally hitting stores so that they can move on to the next distribution model for its animated classics, probably a pay-to-stream service. So while Disney’s releases were down in 2015, we did still get 101 Dalmatians as well as Aladdin, a true classic that I’m so grateful to have in my HD collection. Disney fans have been waiting for Aladdin for literally years. The standard definition DVD went out of print back in 2008, and the Blu-ray was originally announced for 2013, only to be delayed for two whole years (some of those delays being appropriate, given the passing of Robin Williams). Now we finally have it, and it looks absolutely gorgeous. Plus, it has outtakes of Robin Williams improvising in the recording booth. It’s just wonderful. 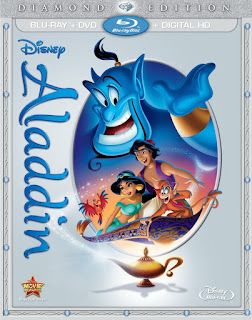 While I didn’t care for the movie itself, the disc for The Hobbit: The Battle of Five Armies Extended Edition feels like a must-own for fans of Middle Earth. The documentaries are revelatory, and it still amazes me that we have a special feature in which the cast and the crew break bad on the studios that are actually producing and distributing the movie they’re working on. Weirder still, those studios seem to have no problem with the truth being put on front street. Here’s what we now know because of this disc: Peter Jackson never wanted to direct The Hobbit in the first place and only stepped in when the project began to fall apart. What ended up on screen was a rushed product that began shooting without a finalized script, and the stretch to three films was made because the director needed more time to put an actual concept for the conclusion together, not because there was just so much story to tell, as we were initially told. What’s more, Jackson admits to he and the writers making much of the movie up as they went along and never feeling like they knew what they were doing or where they were going. We have person after person on camera saying “we had no idea what we were doing.” Granted, this truth is kind of veiled under politic and between the lines without ever being explicitly placed at the feet of the studios, but it still amazes me that Warner Brothers/New Line/MGM allowed that much frankness on a “making of” piece. It starts as a director explaining the difficulties of a shoot, but it soon becomes an expose on the way some modern studios plan their tentpoles.

Not to focus too much on the negative, I think Warner Brothers is knocking their animation out of the park. While I’ve been pretty cynical about the state of the DC Animated Universe (dark, edgy!), this year Warner Brothers offered some real gems for the young and the young at heart. I wrote about two direct-to-DVD and Blu-ray Batman movies, Batman Unlimited: Monster Mayhem and Batman: Unlimited: Animal Insincts a few months ago and praised that they offered fun for all ages. These movies don’t purposefully target the preschool set, nor do they pander to the adult fan; instead, they offer fun stories that anyone can appreciate. In a similar vein was another Warner Brothers Animation title from earlier this year, Scooby Doo & KISS: Rock and Roll Mystery, which marries the traditional Scooby mystery with the rock band KISS with absolutely unbelievable results. Is it one of my favorite movies of the year? That would be crazy, right? Hmmm. 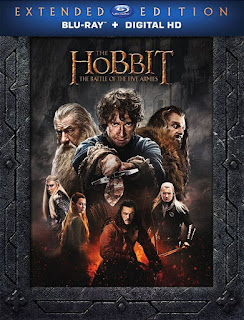 When it comes to classic horror, Kino Lorber crushed it this year when they put out a whopping SIX Vincent Price horror films on Blu-ray, not to mention a couple of Price’s swinging sixties camp classics, Dr. Goldfoot and the Bikini Machine and Dr. Goldfoot and the Girl Bombs. If that wasn’t enough to make me invite Kino Lorber Studio Classics to Christmas dinner, they also put out an awesome Blu-ray of Sergio Corbucci’s spaghetti western Navajo Joe and a handful of westerns from the 1950s like Gunfight at Dodge City and Fort Massacre. For a long time, many of these movies didn’t exist on disc. Now, thanks to Kino, we have beautiful presentations of many forgotten films. I’ve always thought of Shout/Scream Factory as the genre fan’s best friend, but this year Kino really stepped up to become serious competition.

Also doing important work is the Film Noir Foundation, which collaborated with UCLA to bring us a restoration of 1951’s The Prowler. JB wrote an entire column about The Prowler, so I’ll just add that I love the work that the FNF has done to restore and preserve lesser-known noir films, and I also love that VCI Entertainment stepped in with a beautiful Blu-ray. Also in the noir vein, we got Blu-rays of Pitfall, starring Dick Powell and Lizabeth Scott, and another Dick Powell film, Murder My Sweet, in which Powell stars as Raymond Chandler’s famous detective Philip Marlowe, a character later made famous by Humphrey Bogart in The Big Sleep. Speaking of Bogie, one of his harder-to-find films, Passage to Marseille got a disc release, thanks to Warner Archive. Here’s lookin’ at you, Blu.

Not to be outdone, Mill Creek Entertainment, a budget-conscious company that actually does their best to retain high quality standards while offering titles as cheaply as possible, brought us the innocuously-titled “Randolph Scott Round-Up.” What this package actually consists of is five of the six “Ranown Cycle” films, produced by Harry Brown and directed by Budd Boetticher, (the first film of the cycle, 7 Men From Now is still owned by Paramount and can be purchased for a few dollars). Further sweetening the deal is the presence of A Lawless Street, another Randolph Scott western produced by Harry Brown before Boetticher came on board. At the time of this writing, all six of these films are available on Amazon for well under ten dollars, total. These are important movies that captured the changing tone of the western and influenced the likes of Clint Eastwood, Quentin Tarantino, and Martin Scorsese. I’ve been writing about each film in the cycle, and I think Mill Creek deserves a round of applause for getting these very rare and hard to find westerns back in the hands of cinephiles everywhere for an unbelievably low retail price. 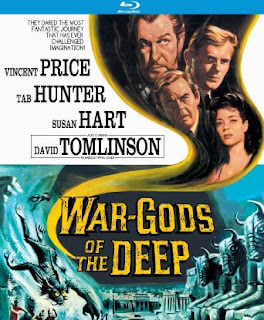 While we’re talking about westerns, I have to celebrate the arrival of several more important John Wayne titles in HD. The summer brought us crisp transfers of Cahill: United States Marshall, as well as The Train Robbers, a re-pressing of the out-of-print Blu-ray for Rio Bravo, and FINALLY John Ford’s outstanding film The Man Who Shot Liberty Valance made its Blu-ray debut.

Unfortunately, with all that good, there’s bound to be some bad, too. Proving The Hobbit: The Battle of Five Armies Extended Edition to be the exception, special features have continued to decline in 2015, and now big Hollywood movies that will sell a million copies like Avengers: Age of Ultron really disappoint in illuminating the experiences that occurred behind the scenes. As home media slowly declines, it seems like many of our filmmakers are getting further and further away from us, and that bums me out.

Also disappointing is that this was the year of the disc replacement for me. So many discs that I bought this year were faulty and had to be replaced. Sometimes it was a sync-issue with the sound, other times it was horrible scratching on the discs themselves due to poor packaging, yet other times it appears to have just been lazy encoding that no one checked before the discs went into mass production. For whatever the reason, quality control seems to have gone into the toilet this year. I actually went through three copies of two different box sets from a well-respected company that shall not be named, and each one had discs covered in scuffs and some sort of gooey substance. I can’t for the life of me understand how they even made it off the production line without someone catching the error. And since we’re talking about three copies of two completely different box sets (six units in total), this must have been a widespread defect rather than an isolated incident. Are things really so bad in the physical media world that we now can’t even be sure that the discs we buy will play when we open them? 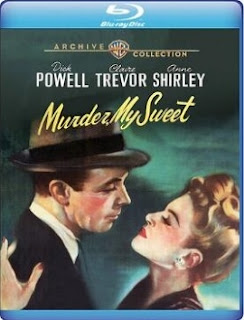 Still, 2015 brought some great additions to my collection and I’m incredibly grateful to have so many great movies at my fingertips. While things are constantly slipping in and out of print and distribution rights are changing hands all the time, we still have access to the majority of the entire history of cinema…at least the films that survived that history. We have folks who care so much about celluloid that they will spend countless dollars to painstakingly restore films from their original elements so that we can eventually plop down 15 or 20 dollars and line that movie up on our shelf to watch at our leisure. As frustrated as I get over lack of quality control and a decline in special features that document the creation of these movies (and will complain freely to anyone who will listen), I feel really lucky that I live in a time where I can buy movies for an affordable price with pristine presentations and then study them at my own pace. Now that’s what I call a Happy New Year.
Posted by Patrick Bromley at 12:00 PM