Riske Business: Stars Who Turned the Corner in 2015

Here’s this year’s list of actors and actresses I was either indifferent to or mildly critical of before their stand-out performances in 2015. Now I am a fan of all of these performers and am looking forward to seeing their next movies.

Cobie Smulders (Results, Unexpected) – Before this year, I didn’t think that Cobie Smulders had the chops to be anything other than a sitcom actress who showed up occasionally to be a glorified stand-in during Marvel movies. But on one fateful day in May this year, I got to see both her in Results and Unexpected. She blew me away with this combination of performances which were edgy, funny, heartfelt and very different from one another. If you haven’t seen her in these movies, check them out. They are both streaming on Netflix right now. 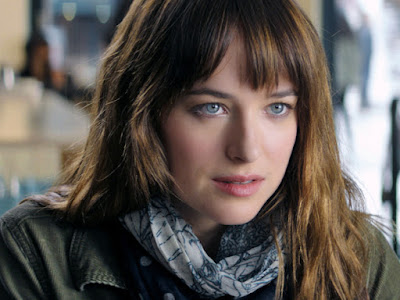 Dakota Johnson (Fifty Shades of Grey) – I knew Dakota Johnson most for being the shower girl in The Social Network and the Zumba girl keeping Jason Segal from Emily Blunt in The Five-Year Engagement but I was quite impressed with her in Fifty Shades of Grey and it had nothing to do with her being in a constant state of undress. I thought she was sexy, sure, but it had more to do with how intelligent and funny she was in the movie. She managed to pull off a difficult feat, which is playing above the intelligence of the material while not being condescending to it at the same time. She stands apart from an otherwise kind-of garbage movie.

Jason Clarke (Everest) – Have you ever seen an actor and think to yourself “Why is this guy in movies?” That was my reaction to Jason Clarke for a long time. That all changed after I saw Everest, which is an ultimately forgettable movie with a memorable lead performance by Clarke. Playing the leader of an adventure expedition company, Clarke brought a gravitas and authority to his performance that made his character stand out among the many men we’re expected to care about on that ill-fated Mt. Everest expedition, all of whom were based on real-life people. An honorable mention goes to Sam Worthington, who also gave his best performance to-date (imho) in Everest. 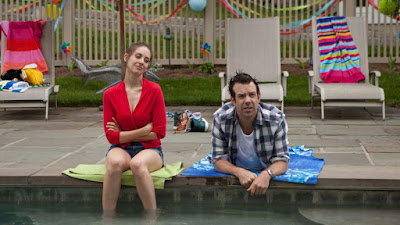 Jason Sudeikis (Sleeping with Other People) - Before Sleeping with Other People, I was definitely not a fan of Jason Sudeikis. In fact, I used to call him Jason Smugdeikis (because I’m hilarious). However, I am completely changing my tune after his performance in this year’s most underrated romantic comedy. He brought sincerity to his smart-ass persona that I’ve never seen before. Bounced off the invaluable Alison Brie, they made for a couple that I wanted to see get together by the movie’s end. He brought the sweet with the sour, which he often does not. I hope he plays in this key more often in future movies.

Malin Akerman (The Final Girls) – Whenever I saw Malin Akerman in a movie before The Final Girls, I thought “whatever.” But she took me by complete surprise here giving a certain sadness and appealing vulnerability to a character that is essentially disposable in most slasher movies (i.e. “the final girl”). Her scene set to the Kim Carnes song “Bette Davis Eyes” is particularly effective, equally heroic and sad at the same time. It’s a performance that stood out to me above all else in the movie because it was so sweet and in a way almost brave. 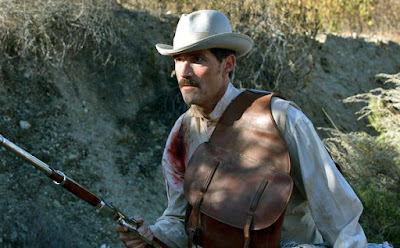 Matthew Fox (Bone Tomahawk) – I didn’t think Matthew Fox had a performance in him like the one he gives in Bone Tomahawk. While playing a rogue loner who appreciates the finer things in life, Fox stands out from an otherwise excellent cast. He puts on screen a complex character who you would want on your side in this predicament despite having certain despicable attributes. It’s a tricky performance and Fox pulls it off nicely, allowing the audience to care about a man who is essentially a cold blooded killer.

Paul Dano (Love & Mercy) – Fans of the site and the podcast might know that Paul Dano was (for a long time) my least favorite actor. Getting the crap kicked out of him in Prisoners must have helped because he’s wonderful in Love & Mercy playing the younger version of The Beach Boys' front man Brian Wilson in the rock biopic. I loved Dano in this movie, in particular his scenes where he’s in the recording studio with The Wrecking Crew patching together songs. He’s so full of energy and sensitivity in Love & Mercy that it makes me completely forget about all the years he did nothing for me as an actor. Also, kudos for playing a character with a mental illness and not making it seem treacly or insincere. 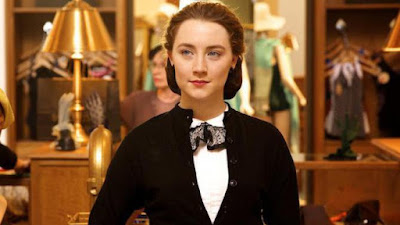 Saoirse Ronan (Brooklyn) – Despite being strong in both Hanna and The Grand Budapest Hotel, Saoirse Ronan used to bug me as a performer and it all had to do with the movie Atonement. She was such a pill (effectively so) in that movie that every time I saw her I thought “oh no, not this girl….she’s going to fuck everything up for everyone just like she did in Atonement.” To my delight, she’s wonderful in Brooklyn and completely carries that movie. She’s so affable in her performance as Eilis that despite making questionable, audience-unfriendly choices during the course of that movie; you’re still on her side the entire way through, rooting for her and hoping for her happiness above all else.

Which stars turned the corner for you in 2015?
Posted by Patrick Bromley at 5:00 AM