To My Boyfriend, Leo 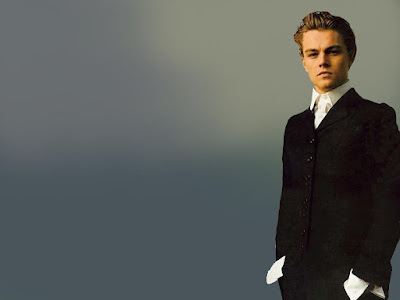 I have been giving some thought lately to a favourite episode of Friends, where the subject of a top five list of celebrities becomes laminated, in walks Isabella Rossellini and Ross hates life. Now, I bring this up not to discuss MY list and whether or not it has been colour coded and laminated, but rather to bring to the table another of my boyfriends (sorry, The Rock, but you are my second laminated love, and have indeed been bumped for Leonardo DiCaprio). Why his intro had to be in parentheses I do not know, but it’s too late to go back now!

Leonardo DiCaprio. As far back as I can remember, there has never been a film that he has been in that I did not love (well, loved his performance, to be more specific). He has not once failed me in that respect and I have in fact, after much thought, come to the conclusion that I have sought out more of his works than any other actor. 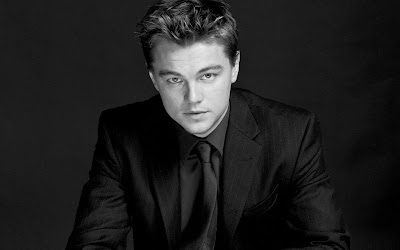 After my introduction to him in 1997 as a sixteen year old who’s heart had been ripped out after witnessing his sacrifice for Rose in Titanic, I remember seeking out any and every one of his movies to spend more time with him. And despite eighteen years having passed, I have come to the conclusion that although I may sway my tastes from time to time, I always come back to DiCaprio as being my favourite actor.

Soooooo not quite ready to fill my days with Christmas movies yet, I went on a bit of a DiCaprio bender this past week, and filled my time with Boston’s Irish crime, tragic Shakespearean lovers, Thailand beaches, a racist plantation owner and, of course, a giant ship full of holes. 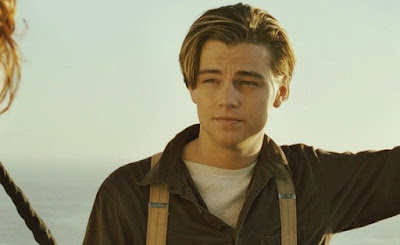 Despite my best efforts, I am STILL unable to get through that damn movie without boo-hooing in the last 15 minutes. Damn you, James Cameron, and your simplistic shitty dialogue ripping out my heart. “I’ll never let go Jack,” and your dead love sinks to the bottom of the ocean. It’s a definite love-hate relationship; there’s nothing else I can say about it other than I love this fucking movie. No matter how bad it is, it’s just so great. 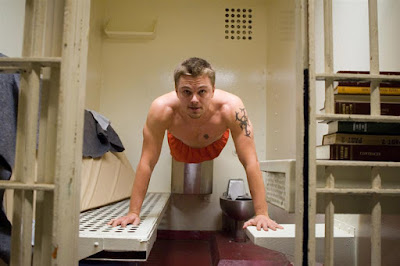 Having only ever seen this film in 2006, this star-filled masterpiece of Scorsese’s (masterpiece is not too strong a word for sheer perfection is it?) was even better this second time around, and to be honest I feel I could give it a re-watch now and love it even more. DiCaprio shares the screen with Jack Nicholson, Matt Damon, Mark Wahlberg, Martin Sheen and Alec Baldwin, just to name a few, and although Wahlberg received a nomination for best supporting actor, his was not the performance that had me transfixed. With the timeless theme of identity affecting each character's self-assurance, emotions and ultimately their actions, the film plays out the game of cat and mouse, culminating in the inevitable bloody end. 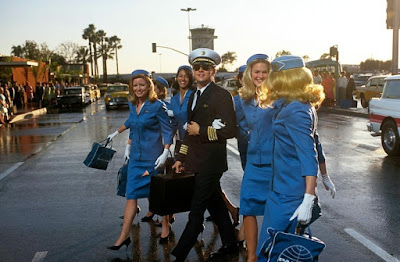 Now on to another game of cat and mouse, this one based on the true story of Frank Abagnale Jr. that has DiCaprio in a shared role of pilot, doctor, and lawyer who successfully conned millions of dollars over a short period of time. Oh, and did I mention this was all before he turned nineteen years old? Bam. Another stellar performance. This time with his ability to become simultaneously a scared teenager, con-man, and a world travelled professional pilot, he ensures that we are drawn completely into the story and are rooting for the “bad guy” to come out on top. 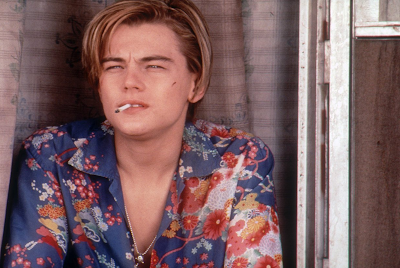 This immediately takes me back to my swooning teen years as I watch Baz Luhrmann's modern retelling of the classic ill-fated star-crossed lovers. I still remember learning in grade nine about the term star-crossed lover and how it is an immediate foretelling of their fate as a couple. This is another movie that brings out the boo-hoos so terribly that (true story) I can never, ever, watch the last few minutes of the film. (And I will watch ANYTHING... was I not just talking about how much I liked The Human Centipede?) I can get to the part when Romeo gets to the burial vault and then I have to shut it off. Every time... Dammit, I am such a girl. Who would have thought? 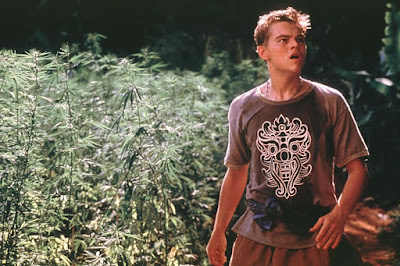 The Beach. Non-sappy, bloody and gory with a couple video game-style moments, DiCaprio is a tourist who tracks down a hidden utopia on a beach in Thailand. The inevitable unravelling of their mini society plays out, but it's again DiCaprio that keeps me captivated in his downward spiral into a borderline madness that threatens to destroy his true identity. Again, back to the theme of identity. The madness and pursuit of holding on to one's identity immediately brings to mind another one of my faves... 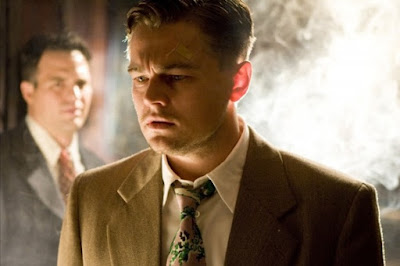 Another of Scorsese’s gems, and (I'll say it again) another of my favourite DiCaprio performances. A tight psychological thriller, it becomes better with each viewing. I am on at least an even dozen or so and love it more and more and time. It awakens your brain and leaves you with a sense of madness and questioning whether we are descending into or coming out of it? Again, his performance in the last ten or so minutes is breathtaking to be a part of, and reinforces again and again why he's my favourite. 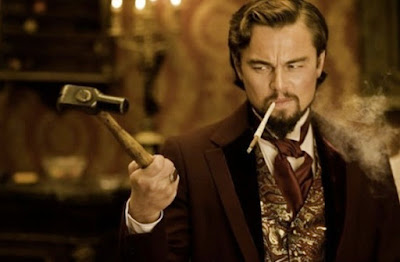 Of course when this film was released the hype was on the slathering of the N word in just about every minute of every scene. But it was the pairing of DiCaprio and Tarantino that me from the get-go. His over-the-top yet so perfectly spot-on portrayal of a delightfully unhinged plantation owner always leaves me cheering for more. That's what rewind is for, I guess. I am always left wanting more, which would be why I am constantly seeking him out. Like next month's highly anticipated The Revenant! I love that he continues to challenge himself with widely varying roles, and from what I have read thus far, this was his most difficult to date.

It might be that given my admiration of and affection for Leonardo DiCaprio in all his roles that I am incapable of seeing his lifetime of diverse performances as anything but spectacular. I can't even pinpoint one of his performances as my favourite, because as I discovered during my “research” for this piece, my favourite “Leo” was who I was watching at the time. I still have Inception, The Wolf of Wall Street, The Aviator and Blood Diamond queued up to watch, but I unfortunately ran out of time to add them in to this piece. I'm certain they would all have gone a little something like this: “Leo is great. I love Leo!” Which is essentially what I just did for the past 1200 words. Congrats on sticking it through to the end!

So you're damn right my “list” is laminated and colour coded. One through five, Leonardo DiCaprio's my man. Is a tweet an appropriate medium for breaking up with The Rock? Might be the safest. Wish me luck!
Posted by Patrick Bromley at 12:00 PM

Email ThisBlogThis!Share to TwitterShare to FacebookShare to Pinterest
Labels: catch me if you can, django unchained, leonardo dicaprio, romeo and juliet, the departed, titanic