Put these movies in your eyeholes, suckas. 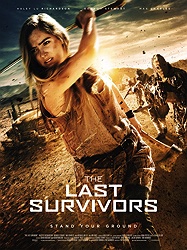 Adam Thas: The Last Survivors (2014, dir. Thomas Hammock) After reading a bit about this one, I guess this was originally supposed to be a made for TV movie or something along the lines of a pilot for a TV show. Immediately my red flag goes up because I’ve been tricked before. Netflix is full of shitty made-for-TV-SyFy-Channel-Apocalyptic-Crap, and I was pretty sure I was walking into another one. While The Last Survivors is not up to the level of a feature film, it definitely surpasses a lot of the Saturday afternoon cable junk Netflix is littered with. It stars Haley Lu Richardson as Kendal, a teenage girl that lives in Oregon where it hasn’t rained in 10 years. Most people have left, but a few holdouts lay claim to their old farms with hopes the rain will return. If you have ever seen A Boy and His Dog, The Last Survivors feels a lot like it in terms of setting and pacing. We spend a lot of time just existing in this world with Kendal, but where many movies fall apart at the end, The Last Survivors has a very satisfying ending and was probably one of my favorite parts of the movie. I’ve seen a lot of post-apocalyptic movies on Netflix and hated most of them, but I enjoyed this one. 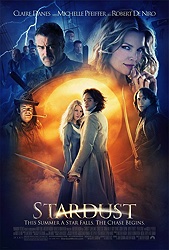 Heath Holland: Stardust (2007, dir. Matthew Vaughn) Before Stardust was ever a movie, it was my favorite novel from Neil Gaiman (it still is). If you're a fan of Gaiman, you know that he brings a unique brand of charm and intelligence to his characters and stories, but also just a hint of melancholy. Matthew Vaughn's Stardust somehow manages to retain all of the things that I love about Gaiman's book while being different enough to become its own thing. In a way, it's the perfect adaptation: it's faithful to the characters and ideas of the book while changing the things that wouldn't work in a movie to create a very satisfying cinematic experience. The cast is perfect, and Claire Danes, Charlie Cox (Daredevil himself), Michelle Pfeiffer, Robert De Niro, a handful of character actors you probably know from other films fit in this movie like they were born to play their parts. The sentimental sweetness that I've always loved about Gaiman's story story is still present in a big way, and the overall fairy tale atmosphere works like gangbusters on the screen. This is a movie that was made carefully and with affection, yet has been somehow overlooked despite the pedigree of all involved. And even though Matthew Vaughn's other movies enjoy a higher level of geek cred, I think this is my favorite from him as a director. It's just a really special movie that isn't like anything else. 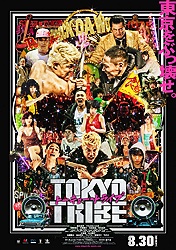 Patrick: Tokyo Tribe (2015, dir. Sion Sono) Oh, where do I start with this one? I'm not even positive I'm actually recommending Tokyo Tribe this weekend, especially for anyone who still has a list of normal movies you still need to watch. But for those of you complain about how boring or generic or predictable movies have become, I would argue that you are not watching enough Sion Sono. He cranks out what seems like 10 movies a year and they're all fucking bananas, this one more than even his usual fare. Rival street gangs fight for supremacy on the streets of Japan in this movie, which is part gangster movie, part comedy and part musical -- more than half of the film consists of characters rapping. If you're into movies that push the form in new directions, this one is worth seeing at least once. I'm not sure I'll ever return to it like I do Sono's more recent efforts (Why Don't You Play in Hell? and R100) because it left me exhausted. It's thrilling in a way, but it's also too much movie.
Posted by Patrick Bromley at 5:00 AM