The fourth annual Chicago Critics Film Festival kicks off tonight and runs through May 26, so I thought this week I'd recommend all movies I first saw at CCFFs past. 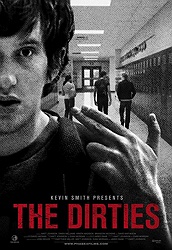 The Dirties (2013, dir. Matt Johnson) I caught this Canadian found footage movie at the very first CCFF (back when it took place over a weekend in a suburb outside Chicago) almost by accident. I had wanted to see Black Rock but knew that attending that screening would mean missing All the Boys Love Mandy Lane, which I really wanted to check out. So I saw The Dirties instead. I'm glad I did. I knew nothing about the film as it started and was immediately impressed with the naturalism from director/star Matt Johnson, who plays half of a pair of friends who are obsessed with making movies and get picked on at school. I found the movie to be sad and funny and very smart and sensitive about violence both real and cinematic. Not everyone felt the same way, as evidenced by the comments under my original review. 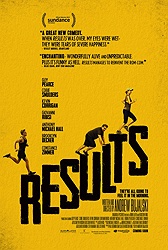 Results (2015, dir. Andrew Bujalski) One of two Cobie Smulders that played as a double feature during last year's fest (the other was Kris Swanberg's Unexpected; Smulders was on hand as a guest for both). While some hardcore Bujalski fans might feel like this is his "sellout" movie -- it's easily his most commercial -- it's just as unconventional as his other work. It just looks more polished and stars recognizable actors like Smulders, Guy Pearce, Anthony Michael Hall and Kevin Corrigan in a performance so good the movie should be seen just for his work alone. 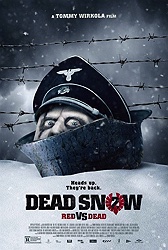 Dead Snow: Red vs. Dead (2014, dir. Tommy Wirkola) I can't say that CCFF "introduced" me to Dead Snow 2, as I had seen the first film and would have undoubtedly sought out the sequel at some point. But it did give me a chance to see the movie on the big screen with a big crowd and the cast in attendance, which wouldn't have happened otherwise. I'm not the biggest fan of the first movie but found the sequel to be pretty fun and crazy. Bonus: my CCFF review for the movie led to the first (and, to date, only) time F This Movie! has been quoted in a trailer. 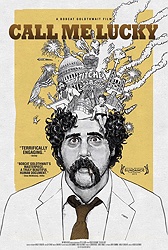 Call Me Lucky (2015, dir. Bobcat Goldthwait) Director Bobcat Goldthwait had such a good experience screening his found footage horror movie Willow Creek at CCFF in 2014 that he came back last year to share his documentary about the life of comedian Barry Crimmins. The doc is actually two movies; the first half is about Crimmins' comedy career, while the second half becomes something else as it focuses on Crimmins' crusade against a certain institution. I won't say anymore. The bifurcated nature of the movie is a bit of a problem, but so much of it is so powerful and Crimmins is such an incredible subject that those minor issues can be easily overlooked. What a fascinating filmmaker Bobcat Goldthwait has turned out to be.
Posted by Patrick Bromley at 12:00 PM