To Bourne With Love With the summer release of the latest installment of one of my favorite action series, I was trying to figure out why Jason Bourne wasn’t inciting more personal excitement. I asked other action movie lovers (also Bourne fans), and found that we all shared the same sort of disinterest, as if we just couldn’t be bothered to watch it.

I did end up seeing Jason Bourne, pre-gaming the previous four movies beforehand, and unfortunately found my disinterest was not ill-founded. Speaking generally, it feels like director Paul Greengrass and Matt Damon have decided to retrace familiar ground while also continuing the simplifying (others would say reducing) of the title character, this time without long-time screenwriter Tony Gilroy (who directed the uneven Bourne Legacy). Your mileage with this movie will vary depending on what you like about this series as a whole. There still is some of the trademark action (shaky cam, car chase, people staring at screens, etc.), but there’s much less of the boardroom mystery and spycraft. I left the movie thinking that other movies were doing Bourne stuff better than Bourne was.

And you know what? That really bummed me out. Up until recently, the Bourne franchise was the best thing going in action movies, and even though I knew it couldn’t keep that title forever (Mission: Impossible has improved, the Raid movies are incredible), I was surprised to see it fade so quickly. 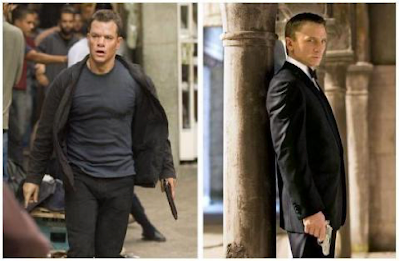 One thing that led to Bourne’s fade was everybody else catching up. The jolt that the James Bond franchise got from switching from Timothy Dalton (criminally underrated) to Pierce Brosnan had completely worn off by the time Die Another Day was released in the shadow of The Bourne Identity. Everything Bond represented at that point seemed cartoonish compared to the more down to earth depiction of reality in Bourne, insofar as a secret agent with amnesia is realistic. But, Bourne’s confusion at his past and his remorse as he uncovers it was more in line with where the world was, not Bond’s garish jokes about Christmas or gnawing on the ends of Cold War plots. In came Daniel Craig, a leaner, meaner killing machine made in Bourne’s image, but looking better in a tux. In came more introspection and remorse over the past, including a failed romance (which we’ll get to in Bourne), and Bond was off in a fresh direction.

Others followed suit as well, as Mission: Impossible headed in a more tightly-drawn action-oriented direction and led to Tom Cruise conquering every physical barrier known to man (Jason Bourne with an ego). The Fast and the Furious movies eventually recalibrated to be more action-oriented, straying away from stealing DVD players to launching cars into apartment buildings (Jason Bourne in just the chase scenes). All of these franchises stripped down much of their overwrought aspects to match Bourne’s more ambiguous and grittier worldview. Bourne wasn’t alone in this, obviously, with filmmakers like Christopher Nolan leading the gritty trend, but Bourne was toward the front in popularizing a particular post-9/11 viewpoint.

Despite being a trendsetter, the Bourne series strangely seems to lack a compelling iconography. There are certainly hallmarks, but can you think of a distinctive shot from the series, especially in the way the other franchises do? A Google image search of “Bourne movies” turns up a bunch of very similarly bland images, despite there being some memorable sequences. Part of this unremarkable nature of the iconography is narrative, since Bourne is a character whose strength is anonymity, but it also ends up making the movies loom smaller in cultural memory.

Not all of the diminishing of the Bourne series can be laid at the feet of cultural trends, however. When Paul Greengrass took over for Doug Liman for The Bourne Supremacy, he made a logical narrative choice (SPOILER FOR BOURNE SUPREMACY) by killing off Bourne’s romantic interest from the first movie, which created some momentum in the character arc. FILM CRIT HULK has written that the best Bond movies are actually romances, and there’s a lot of truth to that, because the action hero is not just isolated in his unassailable bulletproof-ness, but motivated to humanize in relation to the romantic foil. So, although killing off a romantic interest definitely served a legitimate purpose in Greengrass’s story by sending Bourne on a course of revenge, it simultaneously stripped him of his humanity again, leaving him in a similar place to where he started the story. This path of dehumanization has been the steady trend in the series since Supremacy, leading to the current form in Jason Bourne, where the character is oddly robotic, seemingly reduced down to just action and the bare minimum of words. I’m not making the argument that Bourne movies should include a romance, but the stripping away of all humanity feels nihilistic and empty, and seems to negate whatever gains the character has made up until that point. Bourne may have recovered much of his memory by the time of the events in Jason Bourne, but what good have they done? Does the past only serve to provide pain? That feels like a really grim place to land, no matter how post-9/11 one wants to be.

After The Bourne Legacy and Jason Bourne, one thing I feel sure about is that the franchise worked best when Greengrass, Damon, and Gilroy were together (I do like Liman’s work in Identity). Gilroy’s Legacy highlights what he gravitated toward in the Bourne world: the political machinations that surround black ops assets, the cloak and dagger shadow war waged in boardrooms, the technospeak bandied around monitors and satellite feeds. Greengrass and Damon float toward the action in Jason Bourne, voyeuristic shaky cam present for the chase sequences and hand to hand fighting. Both films could have benefitted from what the missing collaborators could have provided, although it’s too far into speculation to guarantee that the movies would have been better. There is a sense in the last two movies that the creators may have run out of new ideas; maybe Bourne would have run its course, regardless of who was involved. 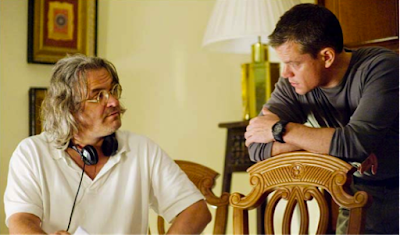 What new directions are possible? Robert Ludlum’s original trilogy of Bourne novels involved hunting the terrorist known as Carlos the Jackal; Bourne facing off against an equally lethal foe would be potentially intriguing, especially if the conflict is longer than just one movie. Eric Van Lustbader has continued writing Bourne novels with the permission of the Ludlum estate, which can provide additional original source material, although I cannot speak to the quality of Lustbader’s books.

In The Bourne Identity, a CIA assassin, played by Clive Owen, encounters Bourne, and in a moment of awareness of their sad similarity, tells him “look at what they make you give.” Bourne repeats the same line in Ultimatum, to another CIA assassin tasked to kill him, in another moment where the cog wishes to be free of the cyclical machine. The line could refer not just to Bourne the character, but Matt Damon as well; both have the feel of being worn out from the circles they’ve run. I’m happy to let Bourne dive into the ocean and never have his body found, to finally be free of control and expectation. Hopefully, the creators can have the amnesia that forgets the bad and can recall the good.
Posted by Patrick Bromley at 5:00 AM