Riske bout to put in work.

1. Bad Moon – I’ve been intrigued by this werewolf movie ever since its initial release in the mid-'90s and yet never got around to watching it. With its recent re-discovery (thanks in part to its Scream Factory Blu-Ray release), this year seems about as good a time as any to finally watch it. Plus, it’s very short and therefore perfect for a marathon day at home.

2. The Changeling – This movie popped on my radar thanks to those Bravo “100 Scariest Movie Moments” specials that used to run in the mid-2000s. I’ve owned this one for years and am finally ready to watch it thanks in large part to Neve Campbell. In the Scream Q&A she did at Flashback Weekend, she mentioned that this movie was the one that scared her off of watching virtually all other horror movies.

3. Critters – Oddly enough, I’ve seen Critters 2 (love it) but have never watched the original. I think I’ve been scared it won’t live up to the expectations that I’ve had since the late '80s when I first saw the poster artwork and it blew my mind. 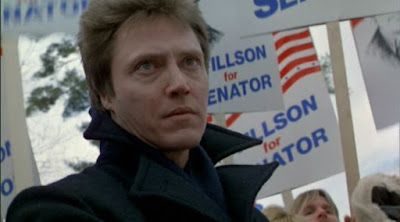 4. The Dead Zone – Bit by bit, I’ve been picking away at the Stephen King adaptations that I’ve never seen. I own a Paramount 4-pack with this movie and also Silver Bullet (seen, like it), Pet Sematary (seen, freaks me out) and Graveyard Shift (not yet seen but won’t get around to it this year). I’m pumped that I’m finally landing on The Dead Zone because from all accounts it’s supposed to be one of the best King movies.

5. Ghosts of Mars – One of the few Carpenter’s I’ve never seen (just got around to watching Vampires on cable) and despite a recent Take Two by my favorite critic, I’ve got to see it for myself.

6. Halloween II – You read that right. I’ve never seen the original sequel to Halloween (1978). I’ve had soooo many opportunities, but, alas, this remains the only Halloween movie in the series that I’ve still not seen. I’m looking forward to it just to see a certain pedestrian explode after being hit by a car.

7. The Haunting – This one’s embarrassing. I’ve seen the Jan De Bont remake of The Haunting but have never watched the classic that drivel was based on. It always feels like homework to me, but I’m sure once I put the DVD in the player it won’t be that way. This is my movie equivalent of all those Cubs fans that have not seen their team win the World Series. I hope this year that changes – for me, not for Cubs fans. Because losing is that team’s identity. #BitterWhiteSoxFan #2005WasALongTimeAgo 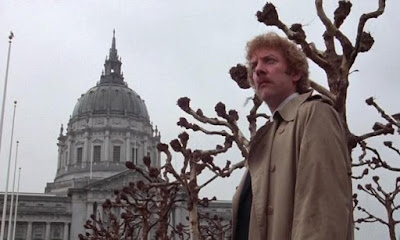 8. Invasion of the Body Snatchers – Not the one from the ‘50s, the Donald Sutherland one. Donald Sutherland and the 1970s creep me out enough where I’m not sure I need the horror element to make it worse. This is a reason I’ve still never seen Don’t Look Now (will happen in 2017!). I hear this version is all sorts of good. As long as it’s better than The Invasion, I’ll be happy. I’m not very picky.

9. Jason X – Because Patrick says it’s good and it’s on a double feature DVD with Jason Goes to Hell which I’ve been meaning to re-watch for a long time.

10. Needful Things – Largely for the same reason that I’m going to watch The Dead Zone. Needful Things is part of my MGM Stephen King 4-pack and this is the only one remaining that I have not seen. Even if it’s bad (kind of like how The Dark Half was for me last year), I’m looking forward to it because Stephen King movies are like having a warm blanket wrapped around me. I love them.

11. The Others – I never got around to watching this one because it always felt like poor man/wannabe The Sixth Sense. That and it came out around the same time as Rush Hour 2 and American Pie 2 and a boy can only take so much perfection at once. 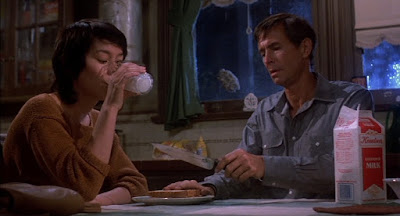 12. Psycho II – I’ve been leery of seeing this because I’m afraid it would take away from my enjoyment of Hitchcock’s original BUT I’ve heard so many good things about it in recent years that it’s silly for me not to give it a try. Plus Dennis Franz is in it and that is the tiebreaker of all things.

13. Thirteen Ghosts – The remake. I know it’s supposed to be bad, but it’s on a double disc with the House of Wax remake (which I enjoy) and the completest in me has to see this through. Plus, it’s got Lillard in it and he seems like a cool dude. It’s weird how my 2016 Flashback Weekend experience is forming a lot of my decision making this October. More to come on that.

14. When A Stranger Calls – I’ve always backed off watching this because I keep hearing it is great for the first act or so and then not so good. Well, might as well see what all the fuss is about in that early stretch, right?

15. Wishmaster 2 – Another choice informed by Flashback Weekend. Besides, I owe it to Divoff. He’s like my Doug.

What are some movies you’re finally going to get around to seeing this Scary Movie Month?
Posted by Patrick Bromley at 5:00 AM