Glutton for Punishment: Night of the Lepus

Revisiting this infamous film last week, I realized that it is even worse than I had remembered.

We are all interested in bad movies, inexcusable cinema, and miserable art, for that is the stuff we use to fill our chubby cheeks when they are not crammed with chewed-up carrots. You are interested in the unknown, the mysterious, and the furry—that is why you are here. And now, for the first time, we are bringing to you the full story of some of the biggest bunnies ever made. We are bringing you all the evidence, based only on the secret testimony of the miserable soul whose bum-bum was gnawed by a bun-bun. I am that miserable soul. The absurdly low budgets, the inane dialogue, the famous actors sinking to a new low—my friend, we cannot keep these a secret any longer. Let us punish the guilty. Let us reward the innocent. Remember, my friends: terrible movies such as these will affect you in the future! 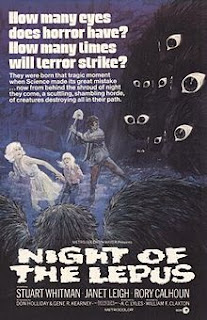 I have referenced Night of the Lepus countless times on this site, dating all the way back to my first Halloween-themed podcast in 2010 in which Patrick and I discussed the best and worst horror films ever made. (FYI: This was NOT on the “Best” list.)

The Plot in Brief: The movie begins with a fake documentary about villages and towns all over the world that have become over-run with rabbits. Real documentary footage from Australia shows real rabbits really being killed. Yipes!

Gigantic. Bunnies. I pause here to let that sink in. 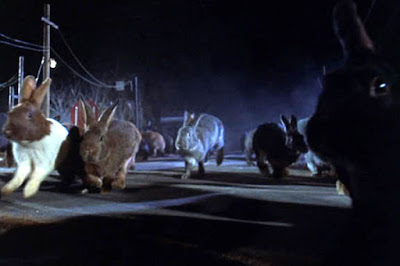 The film was based on the novel The Year of the Angry Rabbit and was almost released as Rabbits when MGM came to this stunning, last-minute realization: there is NOTHING SCARY ABOUT RABBITS. Their resulting ad campaign for Night of the Lepus actually tried to hide the identity of the film’s hopping antagonists.

I remember watching this movie on late-night television when I was a kid. Even my fourteen-year-old self knew that this film was a ridiculous, incoherent mess. It seems at times like a group of semi-famous actors from the 1960s got together in their off-hours and made Night of the Lepus as a goof, shooting around Tucson in their street clothes and making it up as they went along. Then, to guarantee big laughs at the Hollywood cocktail parties where they intended to screen it, they hired some bleary cinematographers to film bunnies in slow motion, some drunken editors to splice the footage, and someone’s deaf uncle to write the music. It’s that bad. 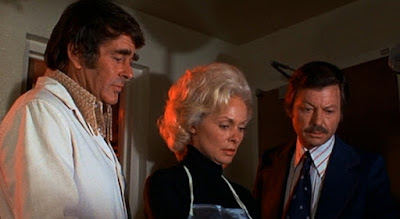 In the film’s chief effort at “special” effects, someone went to a lot of trouble building meticulous miniature sets to make the rabbits look immense. It was for naught. In one shot, the mega-bunnies have overrun a general store. The miniature store set is a marvel, replete with rows of tiny soup cans, cornflake boxes, and other ephemera. This charming recreation is then CRAMMED WITH LIVE BUNNIES in what is supposed to be a tableau of terror. It actually looks like that famous painting of dogs playing poker. The clueless filmmakers smear a little fake blood on some of the rabbits’ faces, but in the resulting shot it looks less like gore and more like Mister Whiskers just wuvs his nummy-num strawberry jam! Yes, he does! Yes, he does, Mister Whiskers! Who wuvs his jammy-jams? Yes! 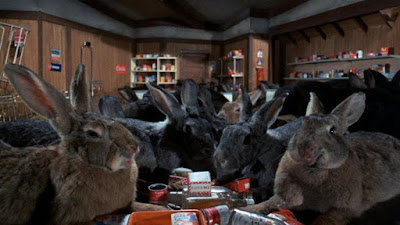 I was surprised to learn the film was partially shot at Old Tucson Studios in Arizona, the filming location of many famous Westerns: Winchester ’73, Gunfight at the OK Corral, Rio Bravo, McClintock!, Three Amigos!, and Tombstone. The studio was opened to the public in 1960; I once visited there on a family vacation. It is a measure of how awful, misconceived, and poorly directed Night of the Lepus is that it shows absolutely no signs of being shot there. Old Tucson Studios is one of the most recognizable Hollywood locations on Earth; the little church set alone is iconic. Did director William Claxton feel comfortable there because he directed mostly Westerns, but then decided not to “desecrate” the place with this cheap horror picture so he instructed his crew to only film in back alleys and behind famous buildings?

The Critics Rave: In Horror Films of the Seventies, author John Kenneth Muir writes that the actors do their best, but that the horror elements and the film’s social conscience do not mix (yes, Night of the Lepus attempts a non-rabbit-themed ecological message, dripping with Seventies earnestness) Interestingly, John J. Puccio of the now-defunct DVDTown.com felt the filmmakers should have turned Night of the Lepus into a horror spoof instead of a “real” horror film. And Julia Merriam of Classic-Horror.com summed up the opinions of most contemporary critics when she wrote, “Frankly, unless you're a carrot, Lepus and its killer rabbits are far more likely to illicit peals of incredulous laughter than they are screams.” 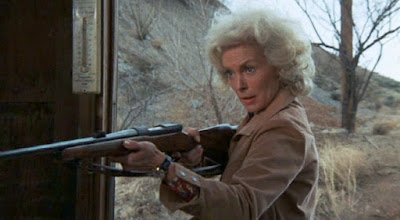 My friend, you have now read this column, based on my own sworn testimony. Can you prove that this film doesn’t exist? Perhaps on your way home, somebody will pass you in the dark… I mean, someBUNNY will pass you in the dark! (HAHAHAHAHAHA.) Yes, a massive rabbit with big teeth and jelly smeared on his face… a rodent the size of a Volkswagon, Jim! Many scientists believe that bad movies are being filmed at this very moment. We once laughed at fire, the wheel, gravity, and dioramas full of bunnies. So much laughter! And now some of us laugh at very bad movies. God help us in the future.