Riske Business: My 10 Favorite Horror Movies of the 2000s

In case you were wondering…

Happy Scary Movie Month everyone! Here’s a list of my personal favorite horror films from the 2000s thus far. Keep in mind I’m not saying these are the best (because there is no objective best in this regard) and I’m sure your list will differ from mine. I want to know what your list is too! Leave a comment below and tell me your absolute favorites.

10. Drag Me to Hell – Sam Raimi’s return to horror (after a respite which included For Love of the Game and the Spider-Man series) is a massive success delivering great gross-out gags, funny black comedy and a protagonist (played by Alison Lohman) who is sympathetic and relatable despite doing some really fucked up things. It plays like a classic morality tale, except the person being terrorized was never wrong in the first place. It’s a blast and one of the best PG-13 horror movies ever made.

9. You’re Next – The thing that’s so great about Adam Wingard’s You’re Next is how adeptly it shifts in tone while being successful at each one. Part Scream, part Die Hard, the movie is my favorite example of the “home invasion” sub-genre of horror (of which I’m not normally a fan). I love that the movie is equal parts scary and funny and has a kick ass heroine who’s allowed to fight back instead of being victimized. 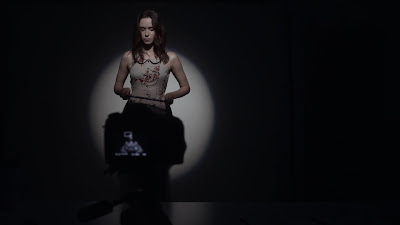 8. Starry Eyes – It’s not often that a movie will scare me but the last act of Starry Eyes is among the most chilling and unforgiving in modern horror. That would all be well and good on its own but the film is also a really sad experience too and very well-observed about the struggling artist lifestyle in modern-day Los Angeles. It feels lived in and that grounded aspect makes the tragedy that much more real and powerful. Starry Eyes also features an amazing physical performance by its lead Alex Essoe.

7. The Woman – Talk about a movie going too far. At Patrick’s recommendation a few years ago, I saw The Woman in a mostly empty theater and sat aghast at how far the film was pushing the boundaries of good taste. It’s an amazing movie with unsettling performances, plot and tone. It feels dangerous in a way that few horror films do.

6. The Devil’s Rejects – I have always been blown away by The Devil’s Rejects, a film that is such a giant leap forward for director Rob Zombie that it made me a lifetime fan of his work. What’s so brilliant about The Devil’s Rejects is that he gives inner life to his murderers, making them even more chilling than when they were the cartoons from House of 1,000 Corpses. Plus, in a masterstroke, he gives us William Forsythe’s character as an audience conduit that flames our own bloodlust for exacting revenge against the despicable Firefly clan. 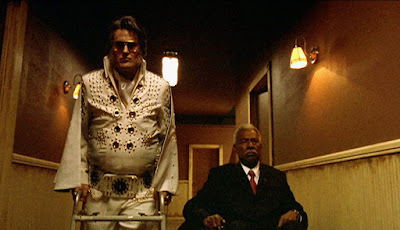 5. Bubba Ho-Tep – I didn’t “get” this movie the first time I saw it because I thought it was going to be another lark, a la Army of Darkness, but in subsequent viewings my love of this terrific horror-comedy has only grown. Featuring an unbelievable score by Brian Tyler, Bubba Ho-Tep is silly but also very sad and poignant with a genuine affection for its characters. When a movie about Elvis and JFK battling a mummy in a rest home ends up making you cry, you know you have caught lightning in a bottle.

4. Shaun of the Dead – Shaun of the Dead is possibly my favorite horror comedy (and zombie movie) of all-time. It’s funny in a way that is funny every time you watch it (because the humor is borne out of the characters and not the gags) with an amazing script and flawless direction by Edgar Wright. I love that the movie doubles as a story of how a schlub can really rise to the occasion when his back is against the wall. I feel a kindred spirit in Simon Pegg’s Shaun character in that regard. Revisiting this movie is like hanging out with an old friend.

3. May – When horror can also be heartbreaking then you know it’s something special. Angela Bettis gives my favorite horror performance of the 2000s in May (the second Lucky McKee movie to make my list) because she is so on the razor’s edge of not being a murderous psycho that it makes you root for her and pity her as much as fear her. It’s society’s unwillingness to emphasize with her twisted nature that finally tips her over the edge. The last shot of the movie is sad, weird and also comforting in its own sick way. This movie makes me very uncomfortable, but it’s essential to my horror fandom nevertheless. May is a brilliant film worthy of comparison to classics like Psycho and Frankenstein. 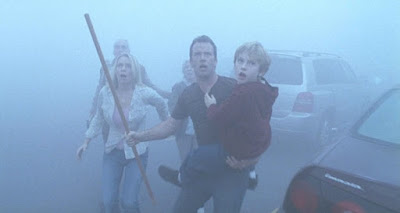 2. The Mist – Frank Darabont is a genius. The Mist is an improved version of Night of the Living Dead, in my humble opinion, portraying how quickly and exaggeratedly we (as a society) will claw after each other when the shit hits the fan. This movie makes me so damn nervous that I can only stand to watch it once every few years (e.g. Mrs. Carmody gets under my skin more than any other character in movie history). The Mist is also the bitterest reminder (maybe in movie history) of why you should never, ever give up on hope.

1. The House of the Devil – After Jaws and Carnival of Souls, The House of the Devil is my favorite horror film ever made. I relate so much with Jocelin Donahue’s lead character because she is brilliantly given about half the movie by director Ti West to define her character – her fears, her wants (which are SO SMALL, making this all the more tragic) etc., so that we care deeply about her character well before the supernatural elements present themselves. This movie cast a spell over me when I saw it in 2009 and I’ve revisited it probably twenty times since then. Movies like this are why I love horror in the first place.
Posted by Patrick Bromley at 12:00 PM

Email ThisBlogThis!Share to TwitterShare to FacebookShare to Pinterest
Labels: 2000s horror movies, 2016 scary movie month, bubba ho tep, may, riske business, starry eyes, the house of the devil, the mist, the woman, you're next