Well, the Fall movie season was certainly underwhelming. Hopefully the year will close out strong.

• I’ve been hearing nothing but rave reviews for Moonlight, so I’m optimistic but I really hope it’s not just festival delirium on the part of critics.

• I mean, sure, I’ll see Doctor Strange, but I’m not anticipating it much. Marvel has become a cinematic oil change for me.

• Do kids care about trolls enough to want to see Trolls?

• I’m conflicted. Hacksaw Ridge is getting strong reviews and the movie looks interesting, but it’s directed by Mel Gibson and I’m not sure I want to support his movies. It’s not like he’s a supporting player; he’s a major piece here.

• I’m eager to see Jeff Nichols’ new movie Loving in order to forget about Midnight Special, which I thought was a rare but extreme misstep for him.

• I see almost any Christmas movie, so Almost Christmas might almost be a movie I go see.

• I wanted to check out Billy Lynn’s Long Halftime Walk for a number of reasons – the story, the cast and director Ang Lee, whose work I usually like very much. Then I heard it’s shot in 120 fps. What a stupid idea. Remember 48 fps with the first Hobbit movie and how terrible that looked?

• Denis Villeneuve rules, so I’m down for Arrival despite not usually being a huge fan of movies about aliens. 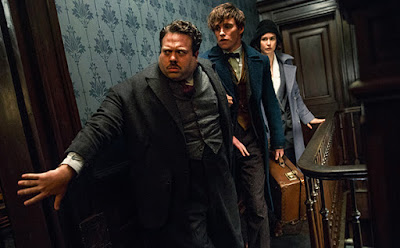 • The cast does nothing for me, but I’m a huge Potter nerd so I’ll be there opening day for Fantastic Beasts and Where to Find Them.

• I will see any boxing movie. #BleedForThis

• I shouldn’t want to see The Edge of Seventeen but I can’t deny the trailers make me laugh.

• I’m really looking forward to Moana. It seems so charming and Dwayne Johnson is the best. Disney is on a roll, too, so I doubt they’ll let me down. We’ll see.

• I didn’t love Tom Ford’s last movie (A Single Man) BUT Nocturnal Animals looks so lurid and interesting. I love its cast, too.

• For the life of me, I don’t know why I want to see Rules Don’t Apply so much but I do. The best I can chalk it up to is my Lily Collins crush.

• Manchester by the Sea is supposed to be incredible. I can’t wait to see it. Casey Affleck and Kenneth Lonergan are consistently awesome.

• Another movie getting awards buzz is Jackie, starring Natalie Portman. I think she’s a bit overrated as an actress but the subject of the former first lady in the days after John F. Kennedy’s assassination does sound like an interesting film.

• I saw the trailer for Kidnap starring Halle Berry today for the first time and it looks like a practical joke more than an actual movie. Who wants to see another movie about a child in jeopardy? 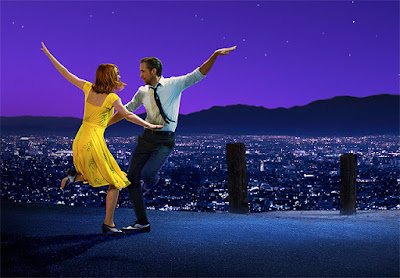 • I so hope La La Land is as great as everyone is touting it is. Ryan Gosling and Emma Stone are both super charismatic and it’s the follow-up to Whiplash (my favorite movie of 2014) from writer-director Damien Chazelle. I’m so there. If I had to pick the movie I think would win Best Picture, it would probably be this one.

• No Lion for me. It’s a Dev Patel movie from The Weinstein Company. They might as well have sprayed the film with Adam Riske repellant.

• I’m getting a Michael Clayton vibe from the ads for Miss Sloane. I’m sort of interested. I like Jessica Chastain enough to “blind buy” a ticket.

• I’m super down for Office Christmas Party. It’s a Christmas movie for starters, and it’s also a workplace comedy, which, as an office worker, I always find myself drawn to.

• I can’t make it through the trailer for Collateral Beauty without my eyes rolling to the back of my head. Will Smith…I mean, seriously? What the hell happened to you man?

• Good lord, does The Space Between Us look terrible. I’m not convinced this Asa Butterfield guy is a lead.

• The movie I’m most looking forward to (like most people) is Rogue One: A Star Wars Story. I’m just worried that Godzilla Edwards is going to fuck it up.

• I think Michael Fassbender is the man. Even with that, though, I have absolutely zero interest in Assassin’s Creed. Video game movies almost never work so why bother unless I hear down the line it’s good? 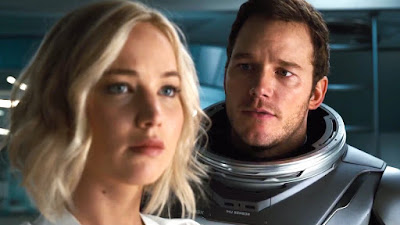 • I like Jennifer Lawrence (though not as much as I used to). I like Chris Pratt, too, but Passengers has one of the worst trailers of the year. I feel like I’ve seen the whole movie already and what I’ve seen looks like a classic big-budget disaster.

• I wrote about A Monster Calls in my previous 2016 column, but it got pushed back, so yay, good for them, I am giving them free advertising! I’m sure I’ll see it, especially if it makes top 10s/gets awards. I heard it’s divisive –some love it and other hate it with equal passion.

• Why Him? seems like this year’s Parental Guidance. I’m going to end up seeing it, aren’t I? I’m such a moron.

• I haven’t seen a really good movie from director Denzel Washington yet (though Antwone Fisher has some strong moments), but if the reviews are good, I’ll see his latest movie Fences. The trailer’s strong.

What holiday/award season movies are you the most interested in seeing?
Posted by Patrick Bromley at 12:00 PM