24 Hours of Movies: Baby, It's Cold Outside 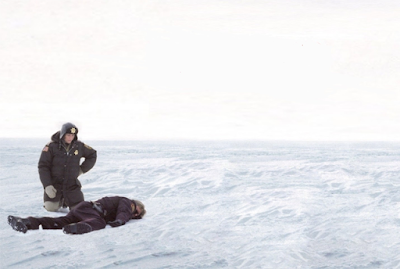 Temperatures are dropping! Let's hole up indoors where it's warm and watch a bunch of movies about cold weather.

There are so many movies set in the cold. SO many. This lineup is far from comprehensive and more than likely won't include some movie you can't believe hasn't been included. This is because a) I tried to not always pick the obvious choices, even though I definitely did a few times and b) you and I may have different taste. Maybe you can't imagine doing a cold-weather-movie marathon without watching Dr. Zhivago. Instead I programmed Out Cold. The world is a rainbow. 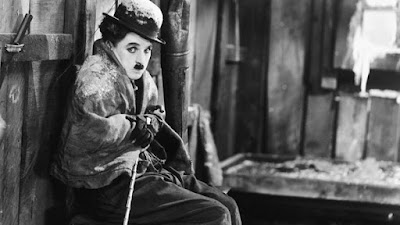 As I've explained before, I often like to steal a page from the people behind the 24-hour Massacre horror festival that takes place in Chicago every October and begin with a silent film, both because it makes sense in terms of film history and because putting it any later in the lineup is a recipe for sleepiness (and not because they're boring, but because I find the sound of old movies so soothing that they often put me to sleep no matter how engaged I am). This is the only movie I can remember ever watching with my late grandpa. He was not really a movie person, but he brought a copy over to our house when I was young and it meant a lot to me to share the thing I loved more than anything else with someone who I knew was making the effort because he knew it was what I was into. I feel like this is the the first truly classic "cold weather" movie, but I might be wrong about that. Whatever the case, this will be a really fun way to start 24 hours mostly defined by bleak isolation. Movies! 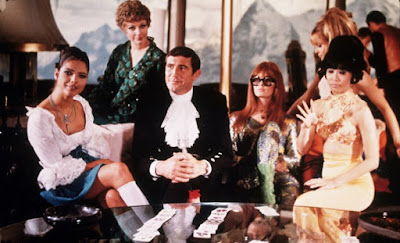 Though I considered this my favorite Bond movie for many years, it has slipped down a spot or two (replaced by From Russia With Love and The Living Daylights). Much as I want to be a better man, I do think it's Lazenby that holds me back; he's not terrible, but he's also not very good. He almost isn't anything, which might be a function of his only getting one outing to find to the character and might be a function of George Lazenby not really being much of a movie star. There's a LOT that I still love about this movie, though, from Peter Hunt's two-fisted direction to John Barry's amazing score to anything involving Diana Rigg to the wintry setting, which is what earns it a spot in this marathon. The ski chase alone will make this a really fun watch, particularly early on when it's important to keep the batteries charged for the long haul. 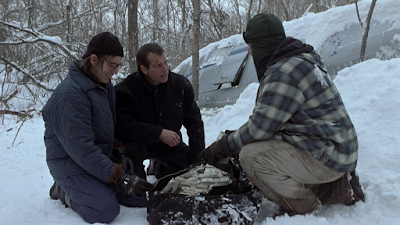 Like making a great mix tape, there's an art to planning and pacing out these marathons. This is usually the spot where I like to slow things down a little, which means it's time for one of Sam Raimi's absolute best movies. Scott Smith adapts his own novel and Raimi demonstrates he can do more than outrageous genre movies with one of the best crime dramas of the last 20 years. Like Fargo (wait for it...), this is one of those movies where you can just feel how cold it is. It's heavy, but it's sooo good. 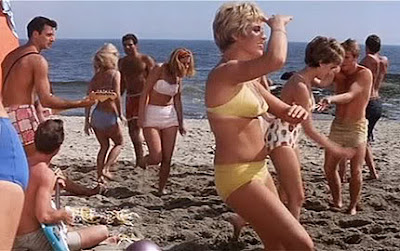 My marathon, my rules. I'm not much for cold weather. Or hot weather. Or the outdoors. But I thought it might provide a nice break in the snow and the sub-zero temperatures to remind ourselves that sometimes it's warm and gorgeous out, too. Plus I really love these Beach Party movies, none more than the original. After the crushing moral weight of A Simple Plan, it might be nice to kick back with Frankie, Annette, Deadhead and Eric Von Zipper for a while. Treat him nicely! 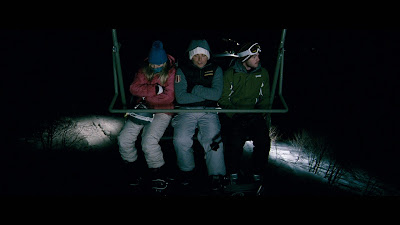 Sure, it's one of several obvious picks on this list. But just because something is obvious doesn't mean it isn't right. I'm an outspoken fan of writer/director Adam Green's work, and this for my money is still his best movie: an ingenious premise, strong character dynamics, good performances and tight direction. Green has talked before about the fact that the studio urged him to shoot the movie on stages in front of green screens to make it easier for everyone, but he rightfully knew that the only way to make it work was to actually be out there doing it. The coldness of the location is the movie's best special effect. 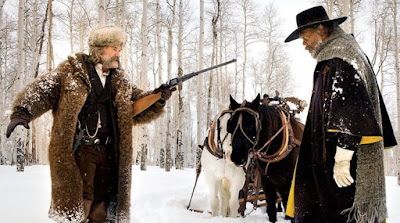 This is the big one. The sun around which the other movies in the lineup revolve. I know this was met with a mixed reception when it was released in 70mm last Christmas, but I completely fucking love it. No movie in recent years has felt more oppressively cold and miserable (once the blizzard kicks in), which makes the sense of isolation and the feeling of being trapped all the more effective -- douchey as it sounds, the weather is another character in the movie. I love the dialogue. I love the characters. I love the set design and the performances. I love how nasty this movie is. By the time this three-hour masterpiece ends, the marathon will be more than halfway over. 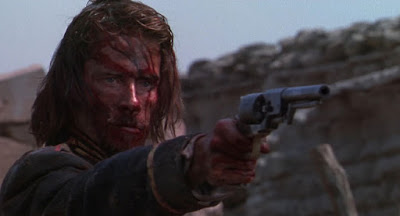 Continuing with the theme of how cold weather conditions can cause bad men to behave even worse, the late Antonia Bird's horror comedy is grisly and grimy the very definition of "offbeat." Its reputation has grown in recent years (Scream Factory even put it out on Blu-ray last year), but I can still remember what it was like to see it in theaters during its brief run in 1999. It was unlike anything else playing -- one of those films that feels like everyone was getting away with something. This will make a great follow-up to The Hateful Eight, as the two movies have a lot in common but this one takes some of the same ideas to their logical conclusion. 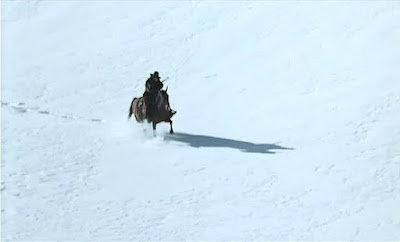 I would usually put a horror film in this spot, but having just watched Ravenous, a horror western of sorts, I thought it might be cool to chase it with a movie that's way less horror and way more western. I mean, I'm mostly picking it because it fits my "weird Italian" overnight slot, but I've also never seen it and that's criminal given how much I love other Corbucci westerns like Django and Navajo Joe. Plus Klaus Kinski! I won't know if I'm awake or having an nightmare. 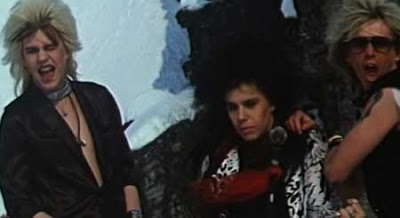 For most of these 24 Hours of Movies columns, I like to program movies that I've seen so that I know what to expect. It's important for this kind of thing, because if you're going in blind one or two bad picks can completely derail the rest of the marathon. Having said that, this Swedish horror film about a hair band shooting a music video in the mountains when a murderer strikes is the second of three movies in this lineup that I have never seen. It could totally backfire, but reading just a little about this one led me to think that it's the perfect title to watch at 2:30 a.m. I hope I'm not wrong. I'm probably wrong. Fuck. 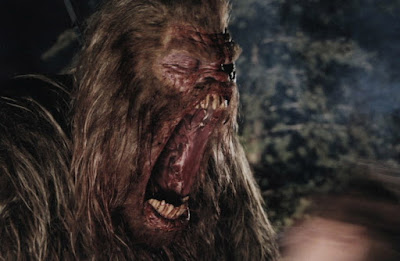 I'm familiar with writer/director Ryan Schifrin as one of the contributors to last year's anthology Tales of Halloween (as well as son of the great composer Lalo Schifrin), but have never seen his sole feature effort Abominable. There is such a shortage of good Abominable Snowman movies that I hope this is one of the exceptions. If nothing else, a cursory Google Image search (for this article) revealed what appears to be a pretty cool monster suit. 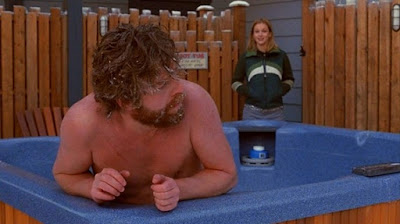 I will not apologize for enjoying 2001's Out Cold, a truly stupid comedy that's part American Pie holdover and part throwback to the late-night garbage comedies I used to watch on HBO as a kid -- the main difference being that this one is hampered by its PG-13 rating. There is such an abundance of stupid skiing comedies I could have picked from -- Ski Party, Ski School, Ski Patrol, Hot Dog: The Movie -- but I have to go with this, a movie my wife and I saw twice in the same day when it caught us by surprise back in 2001. For every three or four jokes that don't work, there's one that's pure gold. Plus, this is the movie that really put Zach Galifianakis on my radar; he has since gone on to great success and respectability and, I'm guessing, is probably a little embarrassed by his participation in this one. He need not be. Seize the carp. 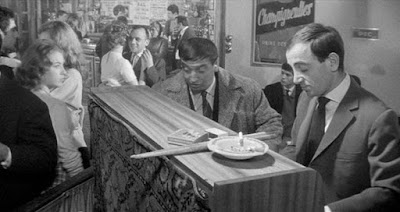 Not my favorite Truffaut movie, but one that I love and return to more than probably any of his other films. The reason that Truffaut is one of my favorite directors is that he was clearly an arthouse guy who was totally in love with American pulp cinema, so even an idiosyncratic effort like Shoot the Piano Player ends up influenced by American gangster movies and film noir. The cold locations don't even show up until the second half, but they play host to some of the film's best and most heartbreaking set pieces. I love this movie. 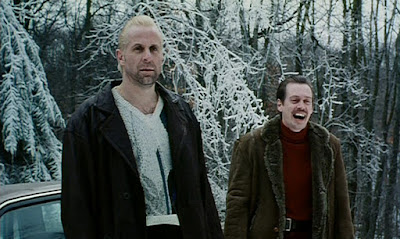 I mean, I'm not a monster. This may be the most obvious pick I could have made, but I also can't imagine watching a bunch of movies set in the cold without picking one of the greatest films of all time. I don't ever plan these marathons with the end in mind, but it often works out that the last film I pick has some sort of last scene that I know will take on extra emotional resonance after a full 24 hours of watching movies. Just thinking about wrapping up with Marge and Norm in bed together saying "Just two more months..." is enough to make me start crying. Or maybe I'm just emotional these days. Someone bring me a blanket.
Posted by Patrick Bromley at 12:00 PM