Five Favorite (Movie) Things About My Friendship with Patrick 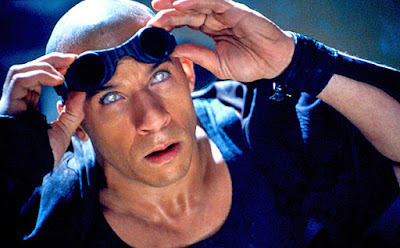 Spoilers about our friendship, and Chronicles of Riddick, ahead.

In honor of my man Patrick Bromley’s birthday, and in true movie article fashion, I give to you, the adoring public of F This Movie!, a list of my favorite movie-related Patrick memories.

As the header image indicates, Patrick and I share a strange love for Riddick and all of the Riddick movies; I’m powerless to not watch them for at least 15 minutes whenever it’s on. (SIDENOTE: I was vacationing in Wisconsin earlier this week, and during some downtime was flipping through the Apple TV options, and then intentionally selected The Last Witch Hunter to fall asleep to. What a web you have woven around me, Vin Diesel.) Additionally, Patrick understands my compulsion to watch all things Jason Statham, my growing infatuation with the intensity of Asian revenge movies, and has opened my eyes to the unheralded genius of Scott Adkins.

4. Slowly getting pulled toward horror movies 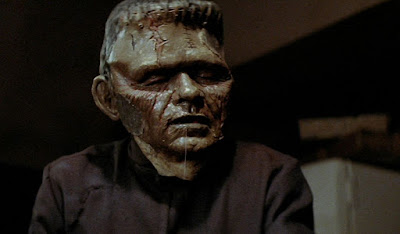 As everybody around here knows, Patrick loves inventing new holidays to properly celebrate and express his passion for cinema. F This Movie Fest and Junesploitation are favorites, but it all started with Scary Movie Month back in 2010, which has grown into a beautifully demented month long party watching horror movies and extending Halloween to all 31 days of October rather than just the four hours recommended by your local burg. It’s been fairly well-documented that I am a horror movie coward, but as I’ve grown as a movie consumer I’ve wanted to branch out into more unfamiliar genres, and spending time with Patrick and the FTM peeps has made me want to check out this genre that they love so much. I feel lucky that Patrick has introduced me to The Funhouse (which we watched this past weekend), or The Blob (#blob), or Sleepaway Camp, and also a little silly that I resisted the charms of these movies for so long.

The personal anecdote I share during the Taken podcast is one of those stories that you don’t advertise in your friend group, but eventually people find out about it anyway. I’m always curious about how people receive it; will it weird them out? Will it make them laugh? Will they find it too off-putting? I think what always strikes me about telling Patrick was his genuine reaction of surprise and concern for what happened; even though the anecdote takes place such a long time ago, I appreciate his reaction as a friend who cares. And now that it’s all it out in the open, we can make ridiculous jokes about it, because that’s what friendship is. 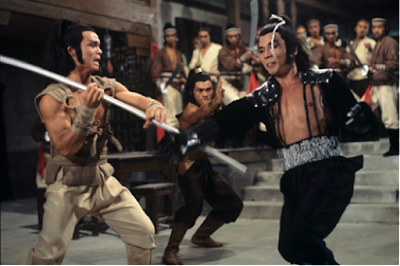 Not only does Patrick allow me to moonlight as a martial arts movie reviewer, but, partially related to his love for action movies, he took his own serious splash into the genre, pushing me to finally wade into the deep waters of the Shaw Brothers Studios back catalog. I’d initially held off getting into it because I just didn’t know if I’d enjoy an era (era) of movies that was so highly satirized and often held in contempt in popular culture. All I was really doing was depriving myself of some high quality action and some amazing fun times, like Crippled Avengers, which Patrick encouraged me to see over the summer. If you don’t have time for Crippled Avengers in your life, then I don’t know what to tell you.

1. Providing a home for movie love, and movie lovers

In the current state of movie criticism and reaction culture, it’s easy to be serious about being a movie fan. We can easily find as many agreeing or dissenting views as we want, find spoiler-y material on a day-by-day basis as our favorite movies are still shooting, and settle into whatever niche part of our culture we find comfortable. It wasn’t always like that, and I don’t mean that in a nostalgic way.

I moved around a lot as a kid, and learned quickly to keep my mouth shut and listen to fit in; at the same time, I started turning toward more solitary pursuits, like watching movies, as a way to pass the time and relieve my isolation. I made friends eventually, but always stuck out because of my interest in movies. Everybody was willing to go and watch movies, but nobody really wanted to talk about them the way that I sort of wanted. I was the one who knew about the lesser-known-but-still-worthwhile movies, or sought out the newest trailers, or checked out the foreign films from the library that I read about in Premiere. But, it was a pretty lonely hobby.

Spoilers for Chronicles of Riddick: in the movie, Riddick discovers that he is a part of a race of beings called Furyans, and who may or may not be totally extinguished (depending on whether you’re watching the director’s cut). Riddick finds evidence of Furyan culture and that the Necromongers had assimilated some of them.

Not that I was special in some way like Riddick, but to complete my imperfect metaphor, I felt like one of the last of a species.

And that’s where F This Movie! comes in. Movies can still be a pretty solitary experience, maybe even more so now with individualized entertainment experiences, but I still crave the conversation I get to have with friends after watching and sharing something together. What I appreciate so much about Patrick, and what he has guided at F This Movie!, is that he loves that conversation too. Nothing makes passion for art grow quite like a community does, with the exchange of ideas helping us all refine our own ideas in a healthy way, and it makes me happy that a place like F This Movie! exists where we don’t have to feel like we love this thing called cinema just by ourselves. Thanks to Patrick for turning on this light around which we can gather and be understood. It might be his birthday, but it’s a gift for all of us.