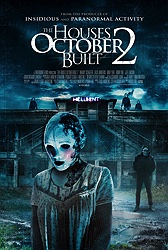 A polarizing horror movie gets an unexpected follow-up.

This review contains spoilers for The Houses October Built.

If you were not a fan of the 2014 found footage horror film The Houses October Built, I can all but guarantee that you won't enjoy the new sequel, aptly titled The Houses October Built 2.  It doesn't double down on the qualities of the first movie so much as repeat them outright, albeit in a way that's somewhat more slick and polished. This time, they use a drone. Because if Blair Witch taught us anything, it's that you can't have a sequel without a drone.

Picking up right where the first movie left off, The Houses October Built 2 opens with Brandy (Brandy Schaefer), last seen buried alive, being let out of her coffin and left on the side of the road, presumably by the same members of the Blue Skeleton group that buried her in the first place. Ok, interesting place from which to begin. I'm on board. 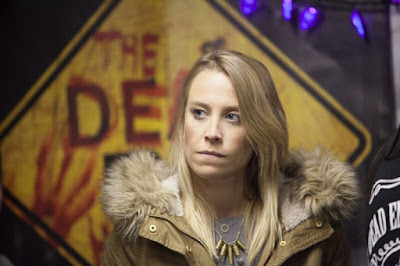 Smash cut to one year later. All of the cast members of the "extreme haunt" filmmakers seen in the first movie are still alive despite having been murdered/left for dead at the end of The Houses October Built. Not only are they alive, but they're back at it! And by "it," I mean visiting extreme haunts and documenting everything on camera. Their experiences from the first movie have brought them some amount of notoriety/celebrity this time around, meaning they're being paid to visit these haunts. Once they convince Brandy, aka "Coffin Girl," to come with them -- not easy, since she's mentally scarred by having been buried alive, but also not as hard as you might think -- they're back on the road in what is yet another mix of documentary-style footage of real-life extreme haunts and narrative footage written by director/co-star Bobby Roe. Where it goes from there, I won't say, except to add that by the time The Houses October Built 2 gets around to the characters arriving at an extreme haunt called "Hellbent" and adds something new to its "mythology," it's too late. Most of the movie's running time has been given over to more or less remaking the first, and while that is undoubtedly great news for fans of the first but less great for those of us looking for the sequel to do something a little new or different.

I'm not really one for found footage films, and I know that the original Houses October Built was an extremely polarizing horror movie even among genre fans. As FF films go, I found a lot to like about the movie: the use of real haunts was not only a clever way to stretch the low budget, but also gave the film its own unique personality. Mixing pseudo-documentary footage with a narrative plot was clever and allowed me to experience some of these extreme haunts without actually having to visit them in person, which is good because it reminded me how much I dislike actual haunted houses and how I like to experience all of my scary shit vicariously on film. More than anything, though, I gave The Houses October Built credit for being genuinely creepy at times, never more than when a girl in a creepy mask is on screen (the one who became the face of all the movie's marketing, as well as its sequel). I liked enough of the movie to be interested in where the filmmakers would go for a sequel. I didn't expect that this is where they would go. 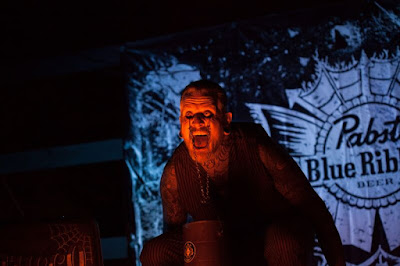 The idea to undo pretty much all of the developments of the last film's ending cripples The Houses October Built 2 early on, removing any impact its predecessor had and removing almost all of the stakes in the sequel. The problem is exacerbated by the choice to essentially remake the first movie; instead of pushing in a new direction or changing the aesthetic (minus the aforementioned slickness courtesy of a few new rigs), October 2 is content to send the same characters down the same path with what appears on the surface to be the same results. The actors all have the same easy chemistry this time around, but it's harder to feel any sympathy for them when they are acting like douchebags by a) forcing their friend into participating in their shit even though she clearly does not want to and b) apparently doing this new haunt tour for a bunch of money where they once did it for the love of the scare. I don't mind screenwriters Roe and Zack Andrews (who also plays a version of himself, like everyone else in the cast -- including a cameo from Daily Dead contributor Margee Kerr!) changing the dynamic of these "characters," but the shift is hardly explored beyond a few lines of dialogue for most of the movie's running time. And when they do finally try to say something new, again it's too late. 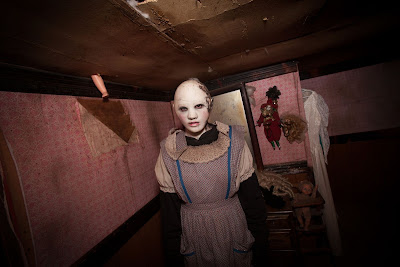 I didn't want to be let down by The Houses October Built 2, because I think the first one has been unfairly kicked around a bit and I've tried to defend it. I hoped that the sequel would help validate my appreciation for elements of the original. Instead, it had the opposite effect, diminishing my feelings towards the first movie by undoing some of what made it work and repeating a number of the same beats only with less impact. The filmmakers are clearly trying to open up a franchise with a film and an aesthetic that perhaps can't support one. The final moments raise more questions than they answer, which I guess is the point when attempting to set up a sequel. At least it doesn't it end like every other FF horror: "Everyone's dead! Camera falls, cut to black." I guess the diehard fans will get what they want and the promise of more to come. I'm happy for them, but that's one haunt they'll have to attend without me.