A Movie I'm Thankful For: MANOS: THE HANDS OF FATE 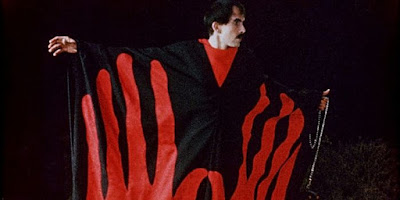 Way back when, before I even imagined the possibility of writing for F This Movie!, I listened to the podcast every week. I was a new mom then with a lot of late nights of holding a newborn and long mid-day walks where I would find some sanity as she would drift off in the stroller. During this time, the podcast’s funny and down to earth film discussions kept me anxiously waiting every week for a new episode. I swear this is not me sucking up to all the wonderful people who run the site and is 100% true to my sappy nature.

One concept that developed with the regular crew was the idea of a film “litmus test” for potential new friends, colleagues, partners, etc. This acumen of testing the waters with new people rang very true to me. There are old stand-bys like The Breakfast Club, Casablanca or Shawshank Redemption that you could throw out as your “favorite movies,” but what were movies that really got you laughing, really got you crying, or really just got you as a person? These are movies that you may hesitate to bring up because it could mean the difference between real friends and “Oh, yeah I met that person once. They were cool.”

For me, this was Manos: The Hands of Fate. I never would have known about this movie, like most people, if it wasn’t for Mystery Science Theater 3000. My childhood to young adolescence was spent watching Mystery Science Theater 3000 every Saturday with my family. This show informed my sarcastic, dry sense of humor so much that I never felt like people understood me until college when I was able to meet other people who had also watched the show. At that point, I was able to watch Manos: The Hands of Fate on its own thanks to my friend’s technical ability to get anything from the internet. When I watched it without the witty banter of the robots at the bottom of the screen, I was able to realize what a gem this movie was on its own. 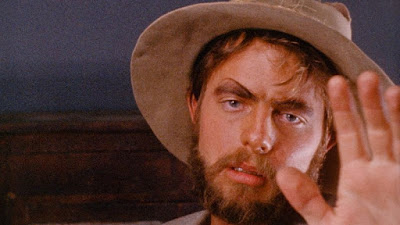 I have always been someone to like a movie with its flaws rather than in spite of them. There is often beauty in the madness that I found charming and effectual. I understand people who want a more realized film; there is absolutely nothing wrong with that. My tastes tend to veer toward the obtuse and bloated and it's completely subjective. Manos: The Hands of Fate fed into this taste for misfit films squarely. What exactly were they doing? Trying to make a film with the little resources they had. That is more than I will ever say about my accomplishments. Now there is a whole brand of the “good-bad” movie. I don’t think this is something you can recreate, no matter how hard you try. There is not enough earnestness and grit to recreate something like Manos: The Hands of Fate. It is lightning in a bottle. 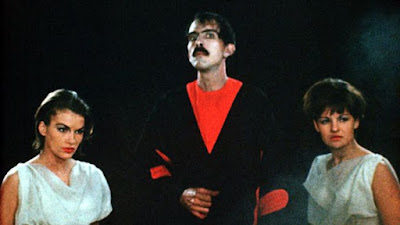 Unlike some other movies from MST3K that need the backdrop of sarcastic comments, Manos: The Hands of Fate is an interesting watch all on its own. It’s rather short and very insane. You may never actually know what’s going on, but that may not be entirely necessary. The score doesn’t quite match up in places and there are no “real” horror elements created, but I get lost in the world they are trying to create of satan worshippers and “modern day” satyrs. The look of this film is unique due to the time period, with the high grain film stock creating a wavering, gauzy aesthetic. Gaining the title of “the worst movie ever” over the years, it is undeserved at this point. I would watch this film 10 times over rather than watch some films that have come out in theatres recently. Also, totally have fun with it! You want to create your own MST3K on your couch? This is a great movie to do that with. I love to laugh more than anything else and this allows for a lot of giggles and “WTF?” moments. I will never say that Manos: The Hands of Fate is a great -- or even a good movie -- but I am happy and thankful that it exists. If it’s not for you, it doesn’t mean we can’t be friends, but you may get some insight into me and my weird brain if you do end up giving it a chance.