Because you can't watch The Last Jedi all the time. 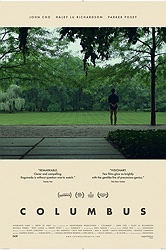 Columbus (2017, dir. Kogonata) The debut feature from film critic-turned-filmmaker Kogonata is ending up on a number of critics' top ten lists and just showed up on Hulu this week. It stars John Cho as a man who comes to Columbus, Indiana, when his estranged father falls ill; there he meets a young woman (Haley Lu Richardson) who dreams of leaving town but won't leave her mother. The movie is essentially of conversations between the two of them, but they're well observed and intelligent conversations about a specific kind of paralysis many of us feel at some point in our lives. Kogonata shows an impressive eye for composition, too, which really works in this case because much of the film centers around architecture. (Watch on Hulu) 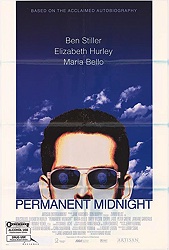 Permanent Midnight (1998, dir. David Veloz) In 1998, this was a movie I convinced my friends to drive downtown to see at one of Chicago's art theaters on a Saturday night. Such was my commitment to my crush on Janeane Garofalo, who has a small supporting role in this biographical portrait of television writer Jerry Stahl (played here by Ben Stiller during his "interesting" phase), who was a drug addict at the same time he was finding major success on TV in the '80s. I'll be honest; I don't know if I've seen this movie in almost 20 years, but at the time I liked it. If nothing else, it's an interesting time capsule of a certain kind of movie that was being made on the regular in the late '90s and attracting cool casts. (Watch on Amazon Prime Video) 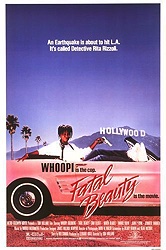 Fatal Beauty (1987, dir. Tom Holland) I know this movie has a reputation for being typical '80s action trash, but seeing as I am someone who carries quite a torch for '80s action trash, I am a fan. I wrote a Heavy Action piece a few years ago detailing all the reasons I like it, so I won't rehash those here. I'll just say that I like Whoopi Goldberg as a cop because she has a real edge at this point in her career, and I love Brad Dourif as a totally bonkers villain, and I love that director Tom Holland leans into making this a nasty, violent movie. Fans of '80s cop movies should really check it out. (Watch free with ads on Vudu) 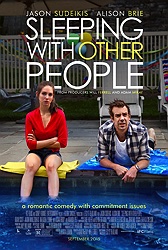 Sleeping With Other People (2015, dir. Leslye Headland) As someone who is frustrated by most contemporary romantic comedies and by most of the performances by Jason Sudeikis (but who is a big, big fan of Alison Brie), I was surprised at how much I responded to Sleeping With Other People. It's more or a less a take on When Harry Met Sally about two friends who vow to remain platonic until they realize they have fallen in love. It doesn't all work -- especially a tacked-on ending when a more appropriate one has already presented itself -- but the movie is very well-acted and willing to acknowledge some pretty dark flaws in its characters. It's a nice change of pace when so many romantic comedies are all "She works too hard! Can a girl have it all?" or "He's pretending to be gay! Can he make it to the airport in time to tell her he loves her?" I wish SWOP had avoided more cliches than it does, but there's way more here to like than not. (Watch on Netflix) 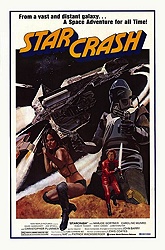 Starcrash (1978, dir. Luigi Cozzi) Shout! Factory TV is doing some event they're calling the "Starcrash Bash" all weekend long. I don't know what that is, but I do know that I love Starcrash. My favorite of all the low-budget Star Wars knock-offs, Starcrash casts Caroline Munro as the Han Solo proxy but outfits her in a leather bikini. Marjoe Gortner is the Luke Skywalker. David Hasselhoff is the Princess Leia. Also in the cast are Joe Spinell, Nadia Cassini, and Kevin Spacey Christopher Plummer as the Emperor of the Galaxy. The effects are cheap but charming, the pacing spotty, the spirit of exploitation strong. (Watch free with ads on Shout! Factory TV)
Posted by Patrick Bromley at 12:00 PM