Riske Business: Christmas Day Releases I Thought Would Be Huge But Weren't

There’s a lump of coal in my box office!

Hoffa (1992) – When you hear Jack Nicholson is playing Jimmy Hoffa in a film 20th Century Fox is proudly presenting, you pay your damn respects! This sure-fire Oscar bait should have won every single award (I’ve never seen it) but it didn’t and only grossed $26M, opening at #6. Did you know that the David Newman theme from Hoffa was used in trailers for Bad Girls, City Hall, First Knight, Forrest Gump, Frequency, Heaven & Earth, L.A. Confidential, Moll Flanders (#MollMovie) and Quiz Show? It’s epic. I can just imagine angry dads nervously chain smoking in their 1992 living rooms while they watched their kids slowly opening presents all like “Will you hurry up, Billy? I gotta get noon Hoffa tickets!” Then the dads get to the theater and see there’s not a big crowd and say to their wives “I’ll talk to Billy. I got a little riled up. Maybe stop for one of those baseball cards he likes on the way home. Holidays, you know?” The wives then just turn to their husbands and say “You’re such a meshuggana” and turn their heads to gawk wistfully at the guy across the street who looks like Harry Hamlin. 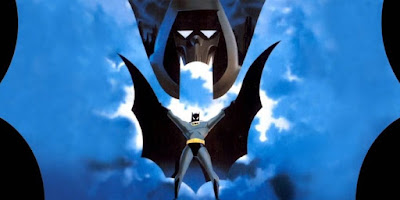 Batman: Mask of the Phantasm (1993) – Where the hell were you? You saying moviegoers ain’t got no love for off-season Batman? Gotham Christmas? After raking in mad box office with Batman (1989) and Batman Returns (that had Gotham and Christmas in it, making you a hypocrite), you’d figure you’d get some holiday dough out of a feature-length animated tale of the Caped Crusader playing in movie theaters. I guess not. Mask of the Phantasm got tooned up, opening at #11 with under $2M in its opening weekend like some fucking jerk. I’ve been told for years that this movie is quite good, so maybe I’ll give it a look soon. Maybe double bill it with Hoffa and make Stouffers french bread pizza bread for one? Pray I don’t burn the roof of my mouth, am I right?

The Jungle Book (1994) – They should have called this The Jungle Book: Killing Your Ass, because people get owned in this movie despite it being a Walt Disney Pictures release. It was hardcore! Once I saw it with my own two eyes, I thought everyone in junior high was going to want to see this movie via cafeteria word of mouth. Unfortunately, it got lost in the shuffle of the Winter 1994 box office. With Dumb and Dumber, Disclosure (“The Hot-Button Date Movie of the Year”- Peter Travers) and The Santa Clause still going strong, The Jungle Book opened at #7 with just over $5M, ahead of fellow debuts I.Q., Mixed Nuts and Ready to Wear, but behind the week’s other new entries: Street Fighter, Richie Rich and Little Women. My G-D! 1994 was like the best holiday movie season ever! If you haven’t seen Jungle Book ’94, check it out. It’s good early Stephen Sommers and beats the hell out of the most recent live-action remake. 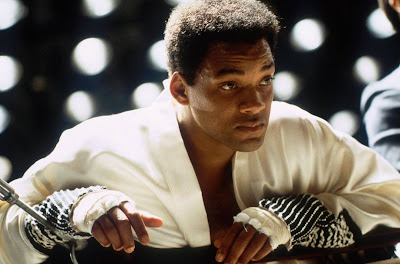 Ali – Cool! A biopic about the endlessly fascinating, charismatic and revolutionary sports figure! Let’s make sure to show him sad all the time and focus on his womanizing when we’re not busy with detours like direct re-staging of scenes from Spike Lee’s Malcolm X or overlong recreations of Sam Cooke concerts! I think Michael Mann screwed this movie up big time. Will Smith is solid as Muhammad Ali, but Mann somehow made a film that achieves the impossible – make audiences want to get away from Ali and not gravitate towards him. Despite some critical acclaim and a decent enough opening ($14M at #4), Ali faded fast at the box office with its fate sealed as a missed opportunity. Even Michael Mann seems to think so, as he’s re-released two additional versions of the film in the past 15 years, removing certain scenes and adding new ones in. This is a bummer all around because the usually terrific Mann was on a roll coming off The Insider, and I thought for sure this was going to be a huge financial and awards season success. Honestly, the only silver lining is the movie made me want to work out a lot and I did and I got muscular and the women in college liked that back in 2002. Actually, everyone liked it regardless of gender. I was the talk of N. Jordan Ave.

Peter Pan (2003) – Why do filmmakers keep making adaptations of Peter Pan? Like, with Hook, you get it. There’s an all-star cast and it’s directed by Steven Spielberg. But with Peter Pan (2003), you have Jason Isaacs as your big draw (he’s great, but I wouldn’t hang a $100M+budgeted movie on his shoulders) and it’s directed by My Best Friend’s Wedding’s P.J “Don’t Call Me Paul Even Though My Name is Also Paul and We’re Both from Australia” Hogan. Who thought that would be enough to go with, especially when up against Lord of the Rings: Return of the King at full strength in its second weekend? I was doubtful about this adaptation for sure. That is, until I saw the trailer and I reversed my opinion. I thought Peter Pan (2003) would be a smash and here’s why: the trailer features the song “Clocks” by Coldplay. I thought “Clocks” would pack asses in seats because it makes any movie seem epic when put in a trailer. Alas, audience didn’t want to rock out with their clocks out and Peter Pan (2003) crashed at #7 with $11.1M behind other debuts Cheaper by the Dozen (Dozen 2 is all you need, trust me), Cold Mountain and Paycheck. As Renee Zellweger might put it “They call Lord of the Rings a cloud over the Pan, but they scheduled the release dates and then Universal stands in the rain and says shit, it’s rainin’!” 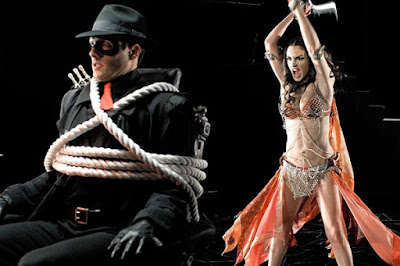 The Spirit (2008) – After the success of both Sin City and 300, Frank Miller rolled the dice with another comic book adaptation with The Spirit. I remember seeing the trailer with a friend who was like “Another one of these?” and I was all “The way of the future. The way of the future. The way of the future.” I was wrong. The Spirit didn’t work out despite game performances (maybe too game in some instances) from the cast. The movie opened at the bottom of a Christmas release batch behind Marley and Me, Bedtime Stories, The Curious Case of Benjamin Button (the best movie Ben Lyons has ever seen) and Valkyrie (Bryan Singer’s the worst) all the way down at #9 with only $6.5M. The Spirit’s failure seemed to indicate that the hyper-stylized telling of a comic book was a fad on its way out (Sin City: A Dame to Kill For missed this memo) and it doesn’t help to have your lead played by Gabriel Macht, who, while a good actor (I’ve seen one episode of Suits on an airplane to back that claim), is not a theatrical draw at all. It’s kind of interesting that his title character in The Spirit is all about his red necktie and then he went on to become best known for a show called Suits. That counts as having range in Riske’s book.

Grudge Match (2013) – I’m a sucker for any boxing project involving Sylvester Stallone, but I’m not everyone and audiences didn’t show up for this sports comedy pitting Stallone versus Robert “My body at 70 looks like Adam’s at 35” De Niro. Even the supporting actor clout of Alan Arkin and Kevin Hart (before he blew up) didn’t stop Grudge Match from bombing as it opened at #11 with only $7M behind fellow debuts The Wolf of Wall Street, The Secret Life of Walter Mitty and 47 Ronin (which I hear is very good). Grudge Match did so bad it opened behind the second weekend of some movie I don’t even remember called Walking with Dinosaurs. Truthfully, I enjoyed Grudge Match when I saw it. I’m convinced it was a magic screening where it played better for me than anyone else in the world. It was that year’s Eragon. P.S. Eragon > The Hobbit Trilogy. Eragon is like a fucking entertainment delivery system. Era. 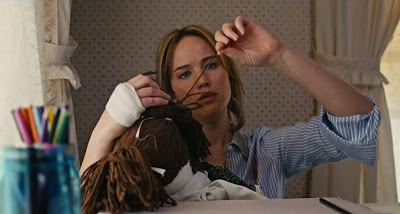 Joy (2015) – After back-to-back hits with Silver Linings Playbook and American Hustle, I was sure audiences wanted more David O’ Russell/Jennifer Lawrence collaborations, but Joy did not share the success of their previous efforts. Probably because it’s a miserable movie to watch. It was like that year’s Mermaids. When it opened on Christmas Day 2015 (like a sick joke), Christian audiences were all “More like Joy-less!” and Jewish audiences were like “More like Oy!” Joy opened at #3 with $17M on its way to a final gross of $56.5M, which isn’t terrible but a come-down from the previous two O’ Russell/Lawrence collaborations that audiences liked. A lot of people who don’t go to the movies throughout the year go around Christmas with friends and family. It’s not time for fancy schmancy, keep-your-audience-at-a-distance stuff. Platform that shit and roll it out in January. Joe and Jane Popcorn don’t want to go to Baker's Square sad.

Are there any Christmas day (or Christmas week) openers of the past that you thought would be huge but weren’t?
Posted by Patrick Bromley at 5:00 AM