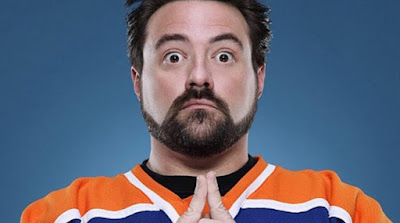 Silent Bob cheated death last week, and I’d like to give him a hug.

Well, 1989 Week has come to a close. Another F This Movie Fest is in the books. Wasn’t that just the best? It was. I was there. This garbage world of ours keeps spinning, though, and one of our more pressing recent catastrophes was that writer/director Kevin Smith had a massive heart attack after a stand-up Q&A session in Los Angeles. Smith thankfully survived (and is recovering at home with his family), but it got me thinking about just how much the Jersey Trilogy auteur has meant to me over the years. In celebration of his continued attachment to this mortal coil (is that how you’d invert that idiom? I couldn’t quite figure that out), here are five things to love about Kevin Smith: 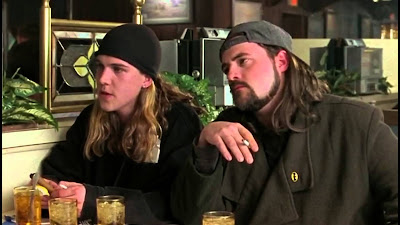 Patrick and I discussed our shared fascination with Smith’s third (and arguably best) film a while back, and I’ve thought a lot about Chasing Amy since that conversation, particularly the brutal and embarrassing honesty with which the writer/director approached it, a tendency toward the naked personal vulnerability that would define much of his later career. Smith has called the film an apology to actress (and then-girlfriend) Joey Lauren Adams for his insecure outrage over her sexual history: “The guy who’d mused over myriad things sexual in his first flick,” Smith writes in his essay on Chasing Amy for the Criterion Collection, “was undone by sex his significant other had had long before she knew he existed. And the day I saw disbelief, outrage, and hurt reflected in the eyes of the woman I loved as she realized I was insisting that she apologize for her life up until the moment we met…well, that was the day it struck me that I wasn’t quite as liberal as I fancied myself and instead came to grips with the fact that I was rather conservative.” It’s Smith’s constant and unrelenting eagerness to self-examine through his art (the results be damned) that made me a fan for life. 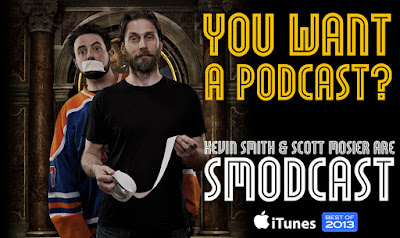 It might not have been the first podcast to hit the airwaves (though who among us can honestly say they were making or listening to podcasts in 2007?), but Kevin Smith and producer Scott Mosier’s SModcast was my introduction to the format and the only show I listened to consistently for a good long while. Essentially conceived as two best friends shooting the shit (a structure that has become obnoxiously pervasive among podcasts in the years since), SModcast has evolved into Smith’s primary interview platform and, as he puts it, a sort of audio journal with which he records his thoughts on the major events in his life. This wouldn’t be quite as groundbreaking for normals like you or me, of course, but Smith’s reflections on his storied career are always engaging. He thinks out loud, often getting hilariously overworked about something he loves or emotional about his perceived shortcomings as a director, writer, father, and human being (the “too fat to fly Southwest” episode is a heartbreaking rollercoaster). Most notably, Smith and Mosier can be heard hashing-out the premise of what would become Tusk in real time on Episode 259 (“The Walrus and the Carpenter”). Regardless of how you feel about Tusk, the fact that Smith was actually able to shepherd it into existence from such humble beginnings is a miracle of dogged creativity, and it helped change our perception of what a podcast can be. 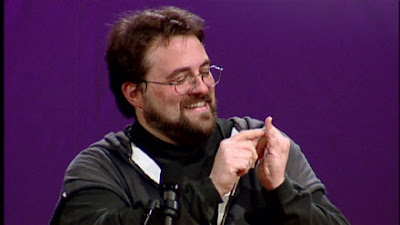 Along those same lines, it’s worth talking about Smith’s gift of gab. He’s one of our great living raconteurs (though after spending a weekend with JB, I’m starting to think he has serious competition), and it’s arguable that his career as a touring speaker rivals his career as a filmmaker. His Evening with Kevin Smith video releases — the first of which I’ve seen about as many times as I’ve seen Clerks or Dogma — are goldmines of Hollywood hearsay, tales from the set, and wisdom from a working class kid who made good. My favorites include The Prince Story (“It’s three in the morning in Minnesota. I really need a camel. Go get it”), the Superman Lives Story (“Spiders are the fiercest killers in the insect kingdom”), and the Tim Burton Story (“He said, ‘Anyone who knows me will tell you that I would never read a comic book,’ which, I guess, explains Batman”). It’s not just that these are good stories; it’s that Smith has deftly organized and refined them over the course of numerous retellings, perfecting the rhythm and pacing of each one until they become little self-contained masterpieces. You may not care much for Smith’s skills as a visual stylist (and he’d probably agree with you), but the man understands a good narrative.

4. Red State, Yoga Hosers, and Beyond 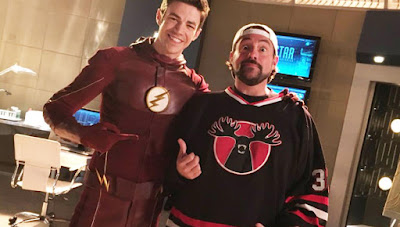 I’ll be honest: Smith’s last few films haven’t been for me. I’m probably not alone in that. But while he could have easily made Jay and Silent Bob Go to Space over and over until the end of time (I know he’s tried to return to the View Askewniverse in a number of forms in the last few years, but stay with me), those last few films have, at the very least, been legitimate attempts to stretch his cinematic muscles. He made something really bold (albeit a bit undercooked) with Red State, a horror film about a doomsday cult that boasts strong performances from John Goodman and the late Michael Parks. Parks would return with an even more dynamic and bizarre turn as the mad walrus maker in Tusk, a film equally rough around the edges but no less proud of its weirdness. And then there’s Yoga Hosers, a kind of Clerks-meets-Gremlins love letter to Smith’s daughter Harley Quinn. I’ll be honest again: I have nothing to say in defense of Yoga Hosers. It’s misbegotten and tone deaf. It’s bad. But Yoga Hosers isn’t for me. It’s not for any of us, I expect. It’s for Smith and his daughter. A guy who loves his kid wanted to give her a present. He’s given us so many. Hasn’t he earned it? 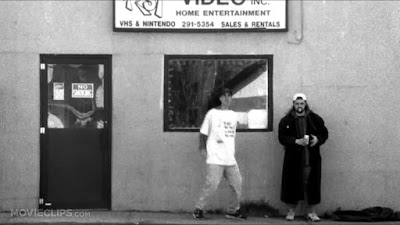 On our recent F This Movie Fest 7 wrap-up episode, I butchered a quote I once read from a revered film critic about loving monster movies. He said that when you’re seven, you love monster movies because there’s a monster smashing up a city. The monster has big teeth and a spiked tail, and maybe it breathes fire or something. Who knows. You love it because it’s awesome. Then you’re twenty-one, and monsters are derivative. Trite. You can see the seams in the costume and the cardboard cheapness of the smashed buildings. You dismiss monsters as something you liked Back Then, but you leave them behind in the pursuit of Serious Art. Then comes adulthood. You’re older, wiser, less cynical. You’ve got less to prove, less to learn. Art stops being an enemy to be conquered and starts being fun again. You marvel at the details in the monster costume and the sheer time and talent required to build an entire city out of cardboard. You love it because it meant something to the people who made it. You love it because it’s awesome. What I’m saying is that Kevin Smith is a monster movie. Clerks is cheap. Dogma is poorly staged. Chasing Amy is problematic. But I love them because they’re awesome. Kevin Smith is awesome.

Welcome back, sir. Here’s to many more.
Posted by Patrick Bromley at 5:00 AM