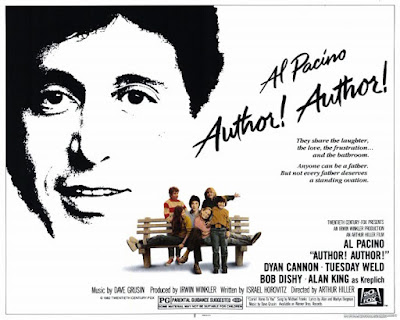 The review duo who have second act problems. 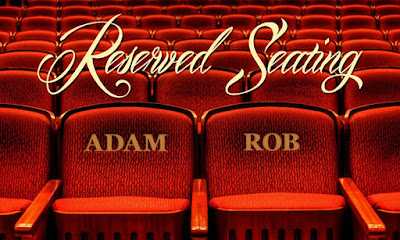 Adam: This week, we’re taking a look at Al Pacino’s 1982 comedy, Author! Author! Pacino plays playwright Ivan Travalian (this is a movie loaded with quirky character names), who is under stress in both his personal and professional life. At work, he’s having second act problems with his new play, English with Tears. He’s also in a new relationship with the play’s lead actress, Alice Detroit (Dyan Cannon). Sidebar: I can’t believe a movie went to screen where a character is named Alice Detroit and it’s never commented on as being odd or at least a stage name. Ivan is reeling from his wife, Gloria (Tuesday Weld), leaving the family, which includes five kids, all Weld’s, but only some of whom are Pacino’s biological offspring. They’re precocious. They talk more like adults than kids. One looks like Steven Spielberg. This is very much a movie made by adult men who live in a Broadway bubble, don’t interact with young people very often and dislike women. It’s a very peculiar movie.

I use the word peculiar instead of interesting, because Author! Author! is very often a slog to get through. I enjoy it as a time capsule for a day and age when a movie like this divorce comedy would be released in theaters and Pacino is trying, but the whole movie is just plain weird. It feels like being over to someone’s house and they can’t cook but still insist on making you the best dinner you’ve ever had. Rob, what did you think of Author! Author!? Did you enjoy the “It’s a rave!” freeze-frame final shot? Someone edited that together, saw it and said “That works. This is ready for release.” That moment was like something out of an Italian horror movie.

Rob: That moment really encapsulated my overall Author! Author! experience, which mostly consisted of a few incredulous squints and the occasional, “Huh. Alright, then.” After I watched the trailer, I was hoping this would be something like The Bad News Bears Go to Al Pacino’s House, but it ended up more like New York’s Child Services Department is in Desperate Need of Reform. I’m not even sure where to start. As you said, this is the kind of film that just doesn’t get made anymore, one with sensibilities that are straight-up medieval in 2018 and a plot made up of a long series of meandering, self-involved anecdotes. I want to start positive, though, and say that I really enjoyed how all the kids were in their 40s. Even the eight-year old! Constant abandonment and psychological turmoil are a lot easier to handle when you’re equipped with a series of wry shugs and ironic comments. This is clearly a divorced dad’s power fantasy, a world where consequences are temporary and everyone is willing to wait around for him to get his shit together. Ultimately, I’m most frustrated with the script. I kept expecting the “second act problems” thing to get meta at some point, like the lack of structure was intentional and would fold back over onto itself and become interesting, but then I remembered that time is linear and that movies are supposed to be about things. Okay, so much for positive. 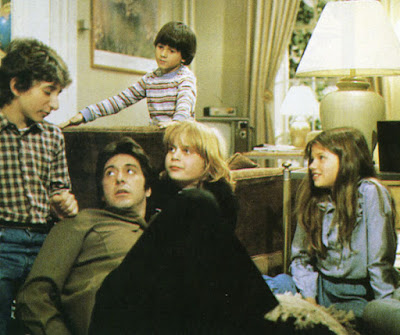 Adam: To go back to your medieval comment, there were some moments in this movie I was taken aback by. The one that sticks out was when Pacino goes off to bring Tuesday Weld back home and he does so by grabbing her by the back of her neck and walking her to the cab. It’s like, I know this was a different time, but that’s cool in a comedy from 1982? It was a weird thing to see, especially for a movie telling the audience you should like this guy. I thought a few of the kids were actually pretty good if you can get past the dialogue they are required to say. The girls were fine, the oldest son, Igor, was likeable in an old man kind of way (Pacino and he talk like they’re brothers more than father and son), but that one kid who played the youngest...whoa! That is some problematic child acting. I ironically loved the scene towards the end when they’re all excited about the baseball cards but in a way no child has ever been excited about baseball cards. I wrote a note at one point during the movie that just says “Was this movie written or did they just wing the whole thing?”

I feel like us seeing Author! Author! is giving us a certain bona fide status with this series. It’s easy to go back and watch classic Pacino, but we’re stripping it down to the foundation. Do you think that Al Pacino thinks he’s funny? Or was he expecting to be the straight man in this film and let the zaniness materialize around him? 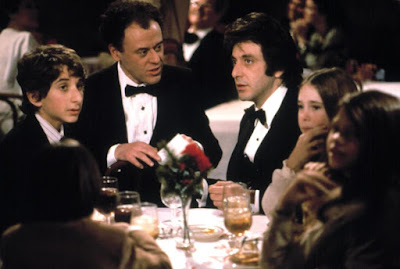 Rob: You can really see Al struggling for a toe hold in this one, and I’m honestly not sure he was ever really going for comedy. You can tell this movie was a favor to one of his old theater friends and that he’s doing his best to make this heavily prescribed dialogue and farcical staging work naturalistically on film in a way that it very rarely does (and ultimately doesn’t here). Aside from the problematic stuff with his wife that you mentioned, though, I think Al comes off Author! Author! relatively unscathed. He’s not great, but he’s not bad. The movie isn’t worse for his performance. There’s just not a ton for him to play with. I think it’s closer to your second guess, that he tried to just stay still and do his job in the hopes that the zany absurdity would cut together around him. This was really one of only five movies he made in the 1980s? That’s insane to me. This is Minor Pacino, at best. What did you make of the film’s perspective toward marriage and family? I got the sense that the filmmakers were making a progressive statement without offering a ton of support aside from, “Come on, those kids are hilarious! They’ll be okay!”

Adam: Yeah, the '80s are such a weird time in Pacino’s filmography. I went back and read Roger Ebert’s review and he is basically like “What the hell is Al Pacino doing in this?” It’s sort of amazing and completely understandable that his next movie after this one was Scarface. I would pay money to see Tony Montana in Author! Author! (“What da fuck is your problem, man” as he stands and waits for his son to pee). There are a few elements I enjoyed in the film. As I mentioned before, no one has a real name in this movie. There’s Kreplich, Morris Kotzwinkle, the aforementioned Alice Detroit, the Dickers and Miss Knoph. Did the screenwriter leave Katz’s Delicatessen while he was writing this? I also just enjoy the late '70s-early '80s New York aesthetic of these films. I felt like at any moment Tony Manero from Saturday Night Fever would show up. I appreciated that this is a film that has someone fire My Dinner with Andre’s own Andre Gregory in the opening scene because that guy is taxing. The song that plays at the beginning and end by Michael Franks, called “Comin’ Home To You,” is hilarious, especially the lyric “Comin’ home to you is like comin’ home to milk & cookies.” This is a song that exists and I have definitely not listened to it a half dozen times since yesterday. I also dug having Alan King around, because that guy rules. BTW, Pacino just leaves his kids all the time to go hook up with Dyan Cannon. Was this common practice back in 1982 New York? 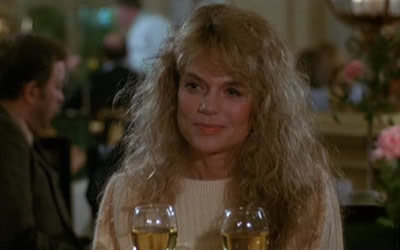 Rob: That’s what I’m saying! Like, holy shit. Near the end, he opens the kitchen cabinet, unloads a wad of cash, gives some of it to Spielberg, and goes, “You’re in charge! I’m going to steal your mom from her boyfriend so we can end this movie!” And there were other adults in the room when he left! Strangers! What was the rest of that scene like? Also, the stuff on the roof was just bonkers. Al looked like he actually had no idea why or how his character was up there or how he came to be surrounded by children. And then Officer Mr. Strickland is like, “It’s cool, Al, just make sure you clear all this abduction with the various biological fathers!” This is totally normal behavior, apparently. That sequences ends with Tuesday Weld giving that speech about how she is who she is (“I marry a lot of men, and I have a LOT of kids”), which is clearly from an earlier draft of the movie in which she wasn’t a horrible caricature. Speaking of which, are we cool with how much this film hates her? She has zero qualms about dropping five kids at the drop of a hat and then getting shitty with Al when she finds out Dyan Cannon moved in. And he just shrugs it all off! This universe is not made up of functional adults.

Adam: Needless to say this is a Mark Off for me. It feels weird to give something a Mark Off, we so rarely do. Fun fact: Author! Author! was released on June 18, 1982. It was born under the same astrological sign in the same year as I was. Maybe that’s why it feels like home to me. Anyways, my point was to list other film in theaters during this film’s opening weekend where it debuted at #7. There was E.T. The Extra Terrestrial, Firefox, Rocky III, Star Trek II: The Wrath of Khan, Annie, Poltergeist, Grease 2 and Conan the Barbarian. It also opened a week before Blade Runner and The Thing. I just would love to be a fly on the wall of a movie theater in the summer of 1982 where with those options someone said: “2 for Author! Author!” 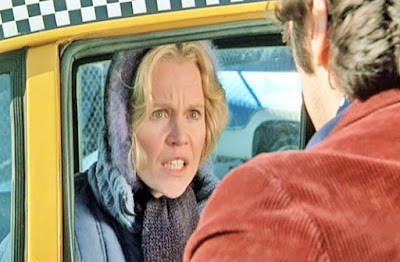 Rob: I can’t find a budget to compare with box office numbers, but that sounds like a death sentence to me. I still can’t believe June of 1982 actually exists. But, yeah, it’s a Mark Off for me, as well. Author! Author! is the wrong kind of time capsule. It’s also really annoying to type.

Adam: Every time I type it, the next word is capitalized and I have to go back and fix it five times. This movie is an utter calamity. What do you want to review next time?

Adam: Yeah, I feel like we (i.e. the world) take him for granted sometimes. Let’s each pick three underrated Spielberg movies. I am on a run of his work lately. I just rewatched Minority Report and A.I. Artificial Intelligence. Will those make my list? Tune in next time to find out! Until then…

Adam’s Pacino Ranking To-Date
Any Given Sunday
Sea of Love
Scent of a Woman
The Devil’s Advocate
Two For the Money
Author! Author!
Hangman

Rob’s Pacino Ranking To-Date
Any Given Sunday
The Devil’s Advocate
Scent of a Woman
Sea of Love
Two for the Money
Hangman
Author! Author!