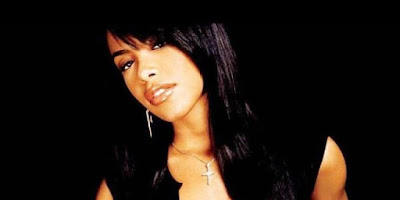 A look at the late singer/actress Aaliyah and her films Romeo Must Die and Queen of the Damned.

Adam: Aaliyah got on my radar in the early ‘90s when her debut single “Back & Forth” was released. I don’t remember if I heard the song on the radio first or saw the music video, but I dug her immediately. She was one of my favorite hip-hop/R&B artists of that decade. It’s odd that first single played up her being a bit tough (like a JV female R. Kelly -- a real-life relationship that got real creepy, real fast), and when she grew as an artist, she began to shed that facade and become her own unique performer. Revisiting her two films was a treat. I found myself enjoying Romeo Must Die more than ever and she immediately feels like a movie star in that film. She has that “it factor,” where you can’t take your eyes off of her when she’s on screen. Queen of the Damned is not a movie I enjoy all that much, but the scene when she enters the film to take apart that vampire club is cool. The movie comes to life for a few minutes because she is so game in that role. Unfortunately, she doesn’t show up for about an hour and then is only in about 20 minutes of the film altogether. Before we further deep dive into her two feature films, where did you start with Aaliyah, Ale?

Alejandra: Funny enough, I was actually introduced to The Actress Aaliyah before I was introduced to The Musical Artist Aaliyah because of Queen of the Damned. I didn’t watch it for a few years after its release (I was 8 when it first came out), but when I did finally watch it, I wanted to know more about the best part of the movie. In doing my research, I came across “Are You That Somebody?” (everyone’s first Aaliyah song, it seems) and it was pretty much game over from that moment on. I remember when I first saw that video, too; how could you not fall absolutely head over heels in love with her? I think she was just such a shining light in anything she was involved with, and Queen of the Damned is a perfect example of that. I mean, she was a superstar in every sense of the word. Now, I know Queen of the Damned isn’t an excellent movie by any standard, but I do enjoy it and I wonder how much of it has to do with her brief screen presence. And also that Deftones sex scene, probably. What about her part do you think sets her so far apart from the rest of the movie? 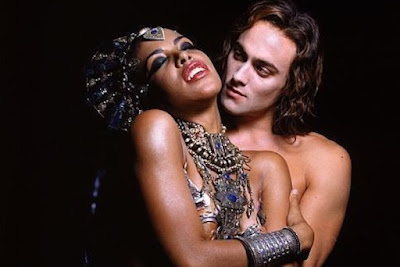 Adam: I think she breaks out of Queen of the Damned so much because her castmates register so little. The film stars Stuart Townsend as Lestat, and he’s a pale imitation of what Tom Cruise did with that role eight years prior in Interview with the Vampire. We spend a lot of time with Townsend, Vincent “Fake Crow” Perez and the usually-engaging-but-not-here Marguerite Moreau (of Wet Hot American Summer fame). The movie is so listless that when Aaliyah finally shows up looking like a total fox in Egyptian wardrobe and having fun, it’s like a burst of energy from Bordello of Blood (not a great vampire movie either, but one with a pulse). I enjoyed slivers from Queen of the Damned mostly Aaliyah and the movie’s datedness. I have grown nostalgic for the late '90s-early 2000s movie and music scene, and this movie is very much that in attitude. The photography is also neat if there are no visual effects, and the rose petal bathtub love scene is pretty dope. Otherwise, Queen of the Damned bored me. This movie feels like a Dark Castle production. I was shocked to learn it was not from that outfit. How do you think Queen of the Damned fares as a vampire movie? Also, did you know that Aaliyah was a big fan of the industrial music scene? I heard on our friend Margo Donahue’s great “Not Fade Away” podcast episode about Aaliyah that she wanted to collaborate with Trent Reznor and was a big fan of Nine Inch Nails. Her appearance in Queen of the Damned seems to fit in with this interest of hers and her fandom of Anne Rice. 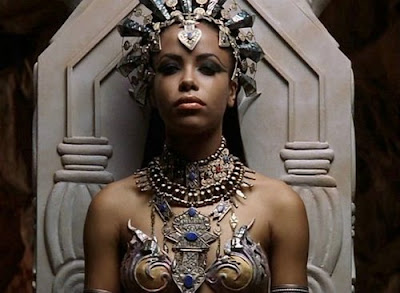 Ale: Oh my GOD. I actually did know about the Trent Reznor thing (duh), and every time I remember it I get really upset that it never got to happen. I wonder what some of her favorite industrial songs were? That’s the thing about her: I feel like I would love to have had a conversation with her, but I would also be really intimidated because she’s really pretty and talented. I also think Queen of the Damned is one of the weakest as far as vampire movies go, which is such a shame because this has all the makings of something that would be my jam. Mesh, Korn, and vampires? I am so bummed. I don’t think anyone would watch this and really feel inspired to read Rice’s “Vampire Chronicles” the way 1994’s Interview With The Vampire did for me. And WHERE is Lestat’s new accent coming from? It’s like they didn’t even try to keep it in the same universe. I’m not entirely convinced by the sensuality that this movie tries so hard to achieve, and it’s really hard to do that when the characters lack even the slightest hint of chemistry with each other. The first time they visit The Admiral’s Arms had the potential to be a really cool moment, but it was mainly just really awkward to watch. That scene alone perfectly exemplifies how little director Michael Rymer knows about vampiric sensuality and how much Aaliyah does (again, that Deftones sequence in the tub convinced me she had been a vampire her whole life). Did anyone suggest The Hunger to Rymer? Maybe that could have helped. I really like her in this, but I absolutely love Aaliyah in Romeo Must Die, and I think you share that sentiment…

Adam: I saw Romeo Must Die on a double date in high school with my then-girlfriend and I remember as I watched the movie I was mad my gf wasn’t more like Aaliyah, which, in hindsight, is not very nice or fair. The movie kicks fucking ass (I know there are flaws, but I refuse to acknowledge them [wire fu]) and Aaliyah gives it a heart that is uncommon for most action movies. The thing I like about her and Jet Li’s relationship in the movie is that he’s super interested in her (how could he not be?) and she likes him too, but it seems like the type of relationship where they’d be equally happy as friends or romantically involved. They would hold hands either way. I read that test audiences didn’t want them to hook up so they weren’t allowed to kiss on screen, but I like what Jet Li said about it, which is that’s not actually true and that it’s more about how weird it would be if he kissed Aaliyah right after seeing his gangster father commit suicide. 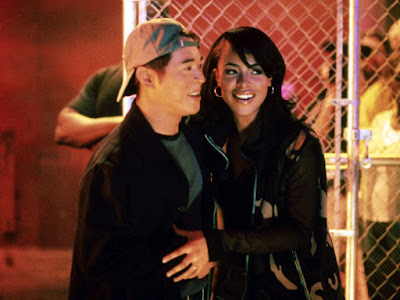 I love Aaliyah in Romeo Must Die because it feels the most like off-screen Aaliyah we got on-screen. I’ve heard so many times how sweet and humble she was and that comes across so well in the movie. She was like the Audrey Hepburn of hip-hop. I was really blown away by how much I enjoyed Romeo Must Die on this watch. It was like when Jon Favreau walks Heather Graham to her car at the end of Swingers, where she’s all “I’ll be around” and he’s all “No, I want to make plans to see you.” That’s how I feel right now about Romeo Must Die. It’s become a part of me. I think another reason I like Romeo Must Die so much is because it’s a rare film starring a now departed celebrity where I can enjoy it and forget that the performer is no longer with us. I felt the loss of Aaliyah with Queen of the Damned, but I felt more a celebration of her talent when watching Romeo Must Die. What do you love about her in the movie and what do you think of RMD overall? It’s from a period of action movies I’m fond of, which is when producer Joel Silver was looking for a crossover gimmick and decided to merge hip-hop and martial arts. It makes sense: the soundtrack sells the film and vice versa. The way the movie uses Romeo and Juliet as a backdrop for an action film is fun and I love that it’s basically about the failed launch of an NFL expansion team because of a few henchmen (who dress up like they’re out of The Matrix) went rogue. Delroy Lindo is really good in this movie, too.

Alejandra: I absolutely love RMD. I think I was bound to because I’ve loved the whole hip-hop/martial arts crossover concept since Wu-Tang and RMD remind me of my favorite period of that kind of music. I find what you said about how you can watch Aaliyah in this without feeling her departure from us pretty interesting. I completely agree that you feel it when you’re watching Queen of the Damned, but I think RMD is different because I almost feel like she’s not playing a part in this. That is not at all an attempt to diminish how talented she is as as actor, but it just felt good to feel like watching Trish was watching Aaliyah as herself. I think her personality really shines through in this and that’s why it doesn’t make me sad to watch. I guess it makes her immortal as a person as opposed to as an artist. 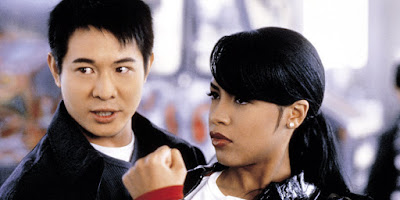 I see people saying that this movie is boring ALL THE TIME and I can’t wrap my mind around it, because if nothing else I think the fight scenes are so fun to watch. I mean, even the obvious Wire-Fu is fun to laugh at. RMD is just so different from anything I’ve really seen and I think it deserves credit for that and also for its diverse cast in 2000. I think I’ve just come to the conclusion that anyone who watches this and doesn’t at least have a good time with it just doesn’t know how to have a good time in general. I am so glad you liked it so much this time around, I feel like it has “you” written all over it.

Adam: I can see that. I am all about unironic silliness in these past few years. And now back to more Aaliyah music. RIP.

Alejandra: I’m jamming out to our top 10s.

Adam: Everyone should be. Here they are: