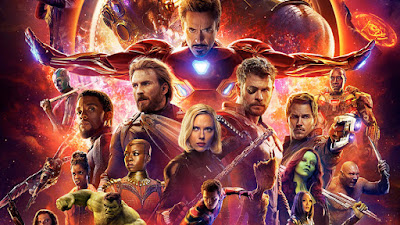 Some movies shouldn't be remembered. They should be studied.

We're just under a month away from the release of Avengers: Infinity War, which means Marvel and Disney are now making their massive marketing push for what is both a surefire hit and a massive gamble. Whether the Russo brothers stick the landing or the movie is an overstuffed mess -- I remain incredibly skeptical at this point -- Infinity War may be the new best example of a time capsule movie we're going to get. Good or bad, this is the movie that represents where Hollywood filmmaking is at more than any other. This is what the current system hath wrought.

I'm not saying this entirely as a negative, of course. I have generally enjoyed the Marvel movies and the comic book reading kid in me is still excited to see all of these characters share the screen. Of course I want it to be good. If it is, I'm not sure what the impact will be on Hollywood, because Marvel has built something that no other studio can touch right now -- though not for lack of trying. Most big budget franchise films are still playing catch-up to the original Avengers, previously the record holder for Hollywood's biggest gamble. Infinity War has lapped other franchises (or pontential franchises) so many times in terms of scope, scale, and ambition that there really isn't anything remotely comparable. For fans of these movies, it's reason to celebrate. For everyone else, it's a pretty big nail in the movie coffin.

This is where we're at, though, and that's what's got me thinking about time capsule movies. Everyone probably has a different definition of what time capsule movies, just as everyone has different examples of what movies they think belong in the time capsule. I would love to say that only great movies should be placed in the time capsule to be discovered 100 or 1,000 years from now by our alien robot overlords, but those aren't the only movies that tell the story of the current landscape. Besides, the great movies will stand the test of time without need for a time capsule. Get Out is so of its moment that it ought to be a time capsule movie, but horror fans are still going to be watching Get Out in 50 years. And if history has taught us anything at all, it's going to be just as relevant then as it is now. Fuck, now I'm depressed. Well, you know...more depressed. 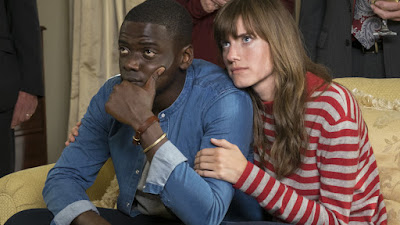 Time capsule movies don't just deserve to be preserved because they are bad, though. Bad movies are forgotten every day. Literally hundreds of movies were released in the 1930s, but these days we still talk about maybe 50% of them. Why? Because they were average to mediocre, even though it can sometime be easy (for me) to forget that just because it comes from the Golden Age of Hollywood doesn't automatically make it golden. Bad movies are made every decade. No, time capsule movies shouldn't be remembered for being bad, but rather for the unique ways in which they are bad. In the last few years alone, a lot of these kinds of time capsule movies have been released. Take last year's Justice League, for example, maybe the clearest current case of everything that's wrong with tentpole/franchise filmmaking. There were obvious extenuating circumstances in the production of the movie -- the tragic loss of director Zack Snyder's daughter prompted him to leave the film, to be replaced by Joss Whedon -- but that only partly explains the movie's total failure to be...anything.

I know there a plenty of people who enjoyed Justice League, so it's not my intent to tell them they're wrong. But it's a movie that exists only because some rights holders willed it into being. There's no real story to tell, no desire to execute a creative vision, no point of view towards the material or the characters. It purely goes through the motions of uniting some beloved superheroes on screen because that's what other studios have found success doing and because there are Aquaman and Flash movies to be made. The few creative decisions that are actually executed in the film are really just course correction, like trying to add a little levity or lighten Snyder's grimdark aesthetic or make Superman more heroic. The film itself is wall-to-wall green screen and CGI nonsense: a movie where nothing real exists and which can be manipulated and overhauled from the time the trailer premieres until it opens up in theaters. Everything is pasted over in post-production, and not all of it is for reasons like Henry Cavill being forbidden to shave his mustache for reshoots. The entirety of Justice League feels like it was assembled by committee and by no one at the same time. It's overly busy but totally dull, expensive but tacky, a major event movie that is a total non-event. It's the pinnacle of the current bullshit model. 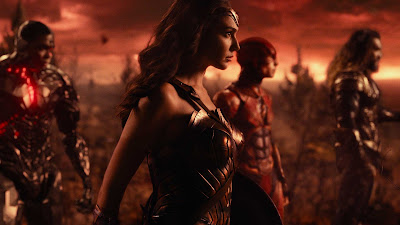 Then there are movies from last year like King Arthur: Legend of the Sword and The Mummy, the latter of which existed solely to launch Universal's Dark Universe before it totally sucked and underperformed, at which point Universal announced that it would not be going forward with its new "shared universe," two words I would prefer to never hear again in the same sentence. These are time capsule movies, too, because they are such naked attempts at starting new franchises using recognizable characters, both of which fail spectacularly at both starting franchises and at being movies. At least Justice League is part of an actual ongoing franchise, even if it is the DCEU and has produced roughly 1.25 good movies. Throw in a bunch of pre-vis CGI set pieces and a total disregard for narrative structure, characterization or coherent visual language and you have in King Arthur and The Mummy the perfect time capsule movies for 2018. They're all movies I wouldn't ever want to try sitting through again, but I also think they're fairly necessary to understand the state of modern moviemaking. 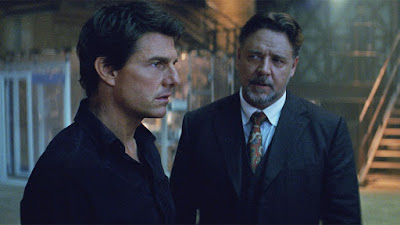 Again, we all have different standards for what we think represents Hollywood these days, just as we have different standards for what constitutes a time capsule movies. I know that we get enough good movies out of Hollywood every year to still justify its continued power in the industry, and some of them are even the kinds of tentpole films I'm talking about in this article. Unfortunately, the good ones aren't nearly as instructive as to how the current system is built as the failures are, which is why I end up putting those in the time capsule. Not all bad movies belong in the time capsule, either. I don't think Jurassic World is any good, but Independence Day: Resurgence is a much better example of a legacy sequel made years after the fact to go into the time capsule because it features so many more hallmarks of shitty blockbuster filmmaking in the modern age: bad green screen work, pointless fan service, pandering international casting, shameless product placement. Don't get me wrong; Jurassic World has some of this stuff, too, but not to the degree of ID:R. Both movies are bad, but only one of them feels like the death of cinema.

I don't want to fill the time capsule with just bad movies. Let's stick some good movies in there, too. What should go in and and why?
Posted by Patrick Bromley at 12:00 PM