Lots of new old movies to stream this week! 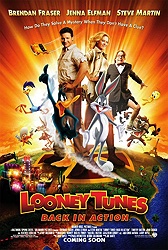 Looney Tunes: Back in Action (2003, dir. Joe Dante) This is one of those movies that it seems like only Joe Dante fans really champion, which is too bad because it's a much better big-screen representation of the classic Looney Tunes characters than something like Space Jam, a movie for which an entire generation seems to have a nostalgia I cannot comprehend. Packed with jokes and Dante's usual references, Back in Action is so much more fun and entertaining than its dismal marketing or box office might have suggested 15 years ago. If I was going to make a list of the most underrated comedies of the 2000s, this would be pretty high up the list. (Watch on Netflix) 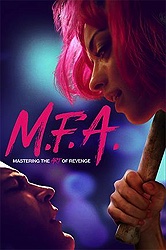 M.F.A. (2017, dir. Natalia Leite) This indie psychological thriller from last year is pretty standard rape revenge stuff, elevated by thoughtful, artistic direction by Natalia Leite and Francesca Eastwood, one of the most exciting young actors currently working giving what is for sure her best performance to date. Eastwood is so good that I feel good about recommending the movie on the basis of her work alone. More people need to be aware of what she's doing. (Watch on Amazon Prime Video) 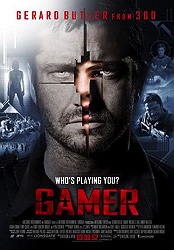 Gamer (2009, dir. Mark Neveldine/Brian Taylor) Adam and I did a podcast on underrated action movies this week, and while we didn't include Gerard Butler on our list of genre stars, this would absolutely be my pick if we had. Existing somewhere in the space between visionary and fantastically stupid, Gamer is my kind of mess. It's big and loud and creative and somehow both smart and utterly brainless at the same time, alternating between really cool and sort of annoying. Have I sold you on it yet? Because I weirdly love it. (Watch on Hulu) 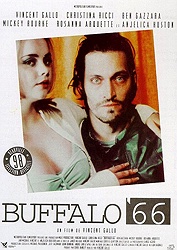 Buffalo '66 (1998, dir. Vincent Gallo) There's probably not much I need to say about this movie. If you've seen it, there's a good chance you love it. If you haven't seen it, please take this opportunity to watch it for free. I know Vincent Gallo can be a polarizing figure both as a personality and as a filmmaker, but he did at least make this one masterpiece. (Watch free with ads on Tubi.TV) 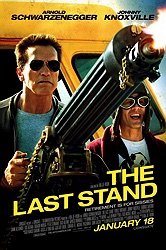 The Last Stand (2013, dir. Kim Jee-woon) Remember a second ago when I brought up our underrated action movie podcast? Here's a movie I really did name! Arnold Schwarzenegger's return to action after years of politics is also his best movie in almost 20 years, and while I'm bummed it didn't lead to Kim Jee-woon making more American action films, I'm happy we got this terrific little one-off. Even if you're not loving it for the first half, stick with it. I promise the movie will reward your patience. (Watch free with ads on Vudu)
Posted by Patrick Bromley at 12:00 PM