Paying tribute to a great lady this week, and then a few more great ladies for good measure. 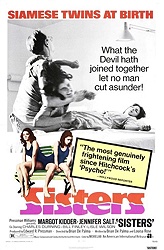 Sisters (1973, dir. Brian De Palma) In honor of Margot Kidder's passing this week, I'm recommending my two favorite performances of hers in my two favorite movies she made. The first is Sisters, the first real thriller from my beloved Brian De Palma and the movie that introduced him as the filmmaker we knew for the next 30 or so years. Margo Kidder plays twins who get caught up in a murder; I won't say more than that. She's so good in a dual role, as is the score by Bernard Herrmann and the supporting cast that includes William Finley, Jennifer Salt, Dolph Sweet, and Charles Durning in one of my favorite performances from the actor. I love this movie. (Watch on FilmStruck) 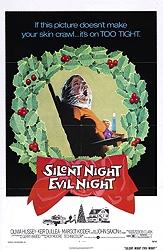 Black Christmas (1973, dir. Bob Clark) I love Sisters and I love her as Lois Lane, but this is my actual favorite performance ever from Margot Kidder -- and in one of my favorite horror films, no less. Her character Barb is without question the best in Black Christmas: sarcastic and hilarious and drunk and DGAF. More than any other movie, this is the one that makes me the most sad about losing Margot Kidder and the first one I wanted to watch upon hearing the news. Also, can you believe she made this and Sisters in the same year? If she had never acted again, I feel like she still would have given enough to the world. (Watch on Shudder) 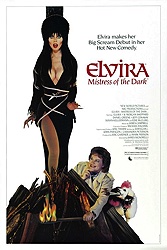 Elvira, Mistress of the Dark (1988, dir. James Signorelli) As long as we're celebrating the great work of a woman in horror, let's also celebrate the work of a great woman in horror. Elvira, Mistress of the Dark is goofy and crude and kind of dumb, but it's exactly the vehicle for Elvira it needs to be and gives her the chance to do everything she does so well. You can't be a horror fan and not absolutely love Elvira. This movie is a celebration of all the reasons why. There's supposed to be an Arrow Blu-ray later this year, which is very, very exciting. In the meantime, we can stream it! (Watch on Hulu) 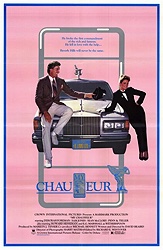 My Chauffeur (1986, dir. David Beaird) I know this is blasphemy, but I only saw My Chauffeur for the first time a few weeks ago. It quickly leapt to the top of my rankings for Crown International Pictures' output thanks to an adorable star turn from Deborah Foreman and a surprisingly likable Sam J. Jones (Flash Gordon if you're nasty), who gets a whole scene in which he runs around a public park naked while The Replacements' "Tommy Got His Tonsils Out" plays on the soundtrack. You can understand why I loved it. Howard Hesseman shows up, too, because he was contractually obligated to show up in every one of these comedies in the 1980s. (Watch free with ads on Vudu)
Posted by Patrick Bromley at 12:00 PM