More picks for the next week of Junesploitation! 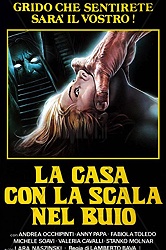 June 9: Italian Horror! - A Blade in the Dark (1982, dir. Lamberto Bava) There are way too many options for today! I'm trying to stay away from Fulci because he gets his own day, and staying away from Argento because his greatest hits are pretty familiar to a lot of us. Instead I'll go with this wacky giallo from Lamberto Bava, a pretty great director who lives in the shadow of his father and doesn't always get his due. This is one of my favorites of his and a movie I find fairly accessible even for those among you who still aren't into Italian horror. Of course, I may be so deep into these kinds of movies that I don't know what's accessible anymore. Please don't hate me. (Watch on Shudder) 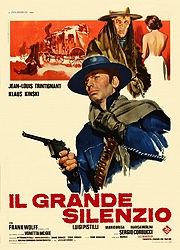 June 10: Westerns! - The Great Silence (1968, dir. Sergio Corbucci) One of the all-time great spaghetti westerns just recently got a Blu-ray release and returned for streaming on Amazon Prime. It's a rare snowy western (like Tarantino's The Hateful Eight and the excellent Cut-Throats Nine) starring Jean-Louis Trintignant as a mute gunfighter leading a showdown against Klaus Kinski and a group of bounty hunters. I like a lot of Corbucci movies, but this one might be his best. (Watch on Amazon Prime Video) I also really love the revenge western Hannie Caulder, which is also available to watch on Prime. 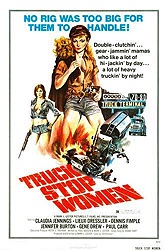 June 11: Cars! - Truck Stop Women (1976, dir. Mark L. Lester) I love this movie. The great Mark L. Lester, who I've realized these last few years is one of my favorite filmmakers, directs this story of a truck stop madame and her daughter (Claudia Jennings, who really does deserve her own #Junesploitation day) who wants to take over the family business. It's fun, it's trashy, it's wildly entertaining. (Watch on Amazon Prime) 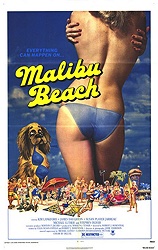 June 12: Beach! - Malibu Beach (1978, dir. Robert J. Rosenthal) Fairly generic but still fun sexploitation on the beach. The movie has almost no story to speak of and is really just an excuse for hanging out and screwing around on the beach courtesy of Crown International Pictures. (Watch on Amazon Prime Video) Speaking of Crown, you could always watch The Beach Girls (1982, dir. Pat Townsend), a personal favorite, also on Amazon Prime Video. 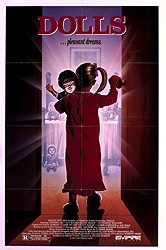 June 13: Empire Pictures! - Dolls (1986, dir. Stuart Gordon) Unfortunately, the streaming options are somewhat limited for Empire day. You can find From Beyond and Re-Animator pretty easily, but I'd rather recommend the third and less-seen of Stuart Gordon's original run at Empire: his horror fantasy Dolls, a really fun spin on a haunted house movie. I stupidly missed how special this movie is the first time I saw it, so I'm glad I had a second look and realized it's pretty great. (Watch free with ads on TubiTV) If you're an Amazon Prime subscriber, Zone Troopers (1985, dir. Danny Bilson) is a really fun one, starring Tim Thomerson as the leader of a group of commandos during WWII who try to get an alien back home. 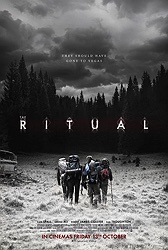 June 14: Monsters! - The Ritual (2018, dir. David Bruckner) I'll be honest: I thought David Bruckner's The Ritual was just ok when I saw it earlier this year. I'm in the minority on this, because most of my horror-loving friends went crazy for it. I do love David Bruckner, though, and want to recommend this one a) because it's on Netflix and I want to mix up the platforms a little, knowing not everyone subscribes to everything and b) the best thing about it is the monster. It's fantastic. (Watch on Netflix) 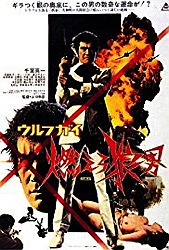 June 15: Free Space! - Wolf Guy (1975, dir. Kazuhiko Yamaguchi) This was a Junesploitation discovery for me last year, and it's one I've not since forgotten. Part action, part horror, part I don't know what, Wolf Guy should be called Junesploitation: The Movie. I don't even want to attempt describing the plot, so just take my word for it that Sonny Chiba is in it and that the movie is crazy in the best, most exciting way. (Watch on Shudder)
Posted by Patrick Bromley at 12:00 PM