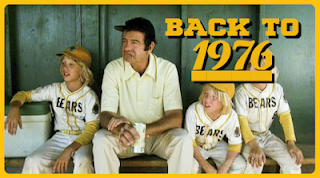 “If only they knew she had the power.”

Full disclosure: I didn’t intend to write about this movie. My reasoning in avoiding it was that it’s been discussed several times on the site, including by myself, and I thought that I’d said all that I had to say about it when I wrote about Piper Laurie’s role a few years ago for a “Great Horror Performances” piece I contributed. But I think the real reason I was avoiding writing about this movie is because it makes me very uncomfortable.

Carrie is the movie where Sissy Spacek plays a high school student who has been sheltered--not only from the world, but also from her own body--by an overbearing mother who has caused massive amounts of damage to her daughter under the guise of spiritual diligence. When “the rage” comes at the climax of the film, every cruel prank that’s been played on her, every prayer muttered from the confines of a closet, every misunderstood basic human emotion or function, is fuel for the fire when Carrie unleashes what’s been kept inside for so long. Carrie’s wrath is what I’ve always thought the movie was about. I thought we, the audience, were Carrie. We spend the entire running time building to that moment when the blood falls at the prom and everything goes red, and something new and powerful is born. I’ve read the movie to be about our own power. And maybe that’s true. 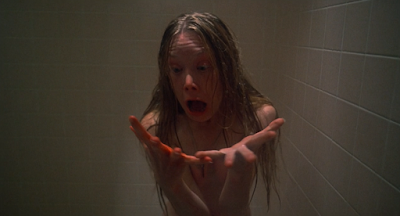 But the thing about really good movies is that they’re open to different interpretations, and changing your perspective can be rewarding if a film is made well enough to hold up under the scrutiny. When I thought about this movie in the context of the other horror films of 1976, I began to see things differently. Just like Frankenstein’s monster is a product of a mad scientist warped by hubris, just like Wolf Man is a victim of a werewolf before he becomes the beast himself, Carrie is a product of her environment. As horrifying as the final moments of Carrie are, I think the real source of evil in the movie is everyone else.

When I began to see the real enemy in Carrie as society, that’s when I started to realize how special the movie is. There were lots of horror films in 1976; we’ve discussed The Omen, which postulates that the son of the devil himself is walking the Earth. In Dr. Black and Mr. Hyde, science and racial injustice combine for a tragic cocktail. In Land of the Minotaur, a cult preys upon tourists to appease supernatural forces. Grizzly depicts the struggle of man versus wild. In Creature from Black Lake, a Sasquatch torments a small, southern town. In Devil’s Express, an inner city martial arts hero must battle the forces of darkness that threaten to invade his streets. In The Town that Dreaded Sundown, a masked slasher tortures and kills from the shadows. 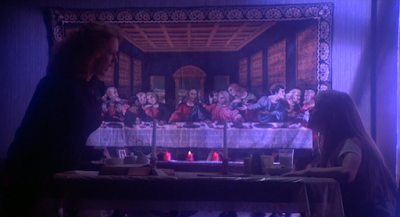 All of these horror movies present different kinds of thrills and chills, but they do it with an entertaining detachment that allows us to take what we want from the movie. We can enjoy the horror because the horror is far away. It’s in a community that isn’t ours. It’s being perpetuated by monsters that we don’t believe in and that science can’t prove. The horror is someplace else, in another town, another time. It’s someone else’s problem. But Carrie gives us a new kind of horror, at least for 1976. Carrie holds up a mirror so we can see just how horrible we are to each other.

Of course, Carrie is based on a Stephen King novel, and Mr. King always roots his horror in the human condition. Some of the most atrocious characters in all of fiction and filmdom come from the mind of Stephen King, which is a testament to his understanding of the faults and foibles of humanity. He gives us a great villain in the form of Carrie’s mom, Margaret White, and he echoes this character in his 1980 novella The Mist with another religious fanatic named Mrs. Carmody, played to maddening perfection by Marcia Gay Harden in the 2007 film adaptation from Frank Darabont. What these two women have in common is that they are both absolutely fanatic about their spiritual beliefs, and they both use those beliefs to force their will on others, blind to (or more likely, unconcerned with) the harm they are causing.

Of course, what makes them ultimately horrifying is that we can see their own hypocrisy. In the case of Piper Laurie’s Margaret White, we can see that she’s running from pain and the mistakes in her own past and has filled the hurt she carries with ritual (not religion). She’s swung so far into the extreme that she’s blind to the pain that is literally all around her and inside her. The ultimate tragedy of Mrs. White is that she started down the path that she’s on because she was trying to do the right thing. Her excess of good intentions have set the stage for the fireworks that are soon to come. 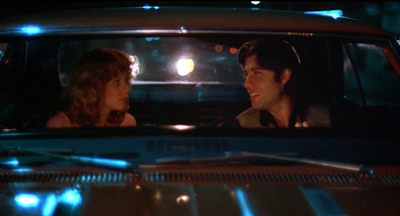 But the other villains of Carrie are more subtle. They’re the teachers and the faculty who fail to engage with their students, and in the case of the principal, can’t even be bothered to learn Carrie’s name. In the case of Carrie’s classmates, they’re typical high school kids who are cruel just for the sake of being cruel. They play pranks on each other, scoping out who they view as weak and then tormenting them. The social struggles of 1976 teenagers seem awfully similar to the struggles of high school students today.

That’s what sets Carrie apart from other horror movies. We made Carrie the monster that she would become by being monsters ourselves. There are no mad scientists in this movie, and there are no full moon séances or deals with the devil. This story is populated by you and me, flawed and damaged characters going about their own lives unaware of the rage that is building day by day, waiting to explode. This is why Carrie was ripe for the remake it received in 2013 and could probably stand another remake for the Twitter generation, because social media sows the seeds for new Carries every day. The pig’s blood of 1976 now takes place in 280 characters or less. The bullying is the same; only the methods have changed. I realize I haven’t spent much time talking about the actual movie itself. Sissy Spacek is great as Carrie, though it’s impossible to buy her as a young girl who is just reaching menstruation. The actress was in her mid-twenties, and we have to buy into the idea that she’s at least ten years younger than she actually is. Piper Laurie is amazing, of course, and it’s always fun to see a young John Travolta, who was a TV star during this period thanks to Welcome Back, Kotter. We get to see his Boy in the Plastic Bubble co-star and Halloween actress P.J. Soles as well as Nancy Allen (Dressed to Kill, Amy Irving (Traffic), and the future Greatest American Hero, William Katt. 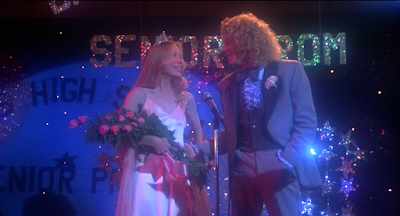 Carrie employs that gauzy, soft-focus filter that so many films of the seventies seemed to be in love with but that makes them look distinctly from another age. It looks like an after school special, but that seems to be intentional, as the subject matter lends itself to the same sort of cautionary tales that aired on network TV during those years. Also, this is a Brian De Palma film and stands as one of many highlights in his filmography.

The thing that made me want to avoid writing about Carrie ultimately proves to be the thing that makes it worth writing about. It’s not a comfortable sort of horror movie, with an iconic baddie that you can put on a lunch box or market to adult action figure collectors. Instead, this movie shines a light on humanity itself and the damage that we do just by being ourselves. Like Frankenstein’s monster or the Wolf Man, Carrie didn’t ask for the metaphorical powers that manifest from her helplessness, an evolutionary attribute that evens the odds (and then some). She’s the victim, and society—her mother, her friends, her teachers and leaders—is the real horror. Making things even more horrific is the fact that over four decades later, this movie still hits uncomfortably close to home.