Off the Shelf: GREASER'S PALACE 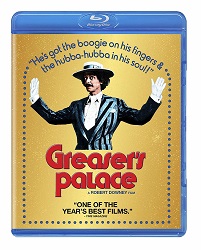 Like a random waft of sensimilla or the voice of Richard Nixon, Greaser’s Palace returns as a flashback of the 1970s.

Robert Downey’s Greaser’s Palace is a problematic film. Successful upon its original release (Time magazine named it one of the Top Ten Films of 1972), it has gone widely unseen for decades. I still remember it popping up frequently on the schedule of local repertory theater the Music Box when I was in high school. In fact, the next time you visit, go into the restroom (the nicer, newer one off the pub) and notice the framed paper schedules on the walls from the theater’s salad days. One of them proudly announces a screening of Greaser’s Palace in the late 1970s. I still remember staring at the little rectangle on the schedule—featuring Allan Arbus in a zoot suit—and trying to figure out just what the hell this film was about. 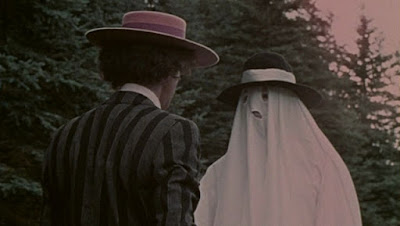 The Plot in Brief: Seaweedhead Greaser (Albert Henderson) controls a small town near the Mexican border. His word is law, the citizens pay taxes and tribute to him, and he is not shy about killing people who displease him. His daughter Cholera (Luana Anders) entertains at the local saloon and is a sensation with audiences. One day, Jesse (Allan Arbus) parachutes out of the sky and stirs up the town. He resurrects Greaser’s son, Lamy Homo (Michael Sullivan), cures the sick (One man on crutches throws them aside and shouts, “I can crawl again!”) and performs at the local saloon. His song and dance don’t go over well, but his display of stigmata is a sensation. At this point, astute readers will probably have deduced that we are dealing with biblical allegory here.

Greaser’s Palace has not aged well. Although I would recommend that anyone who has never seen it should check it out, the film’s willing obtuseness, frequent pretentiousness, and occasional amateurishness might sink it as entertainment in some viewer’s minds. I’m glad it exists. Personally, I prefer Downey’s 1969 Madison Avenue satire, Putney Swope, but Greaser’s Palace made the Coen Brothers’ list of their top five favorite Westerns. 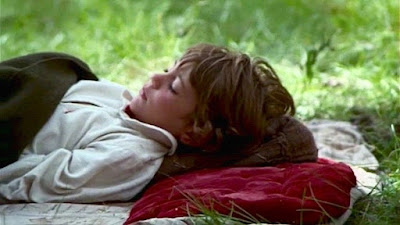 Greaser’s Palace is an uneven film. For every scene elevated by the location’s natural beauty or screenwriter Downey’s cleverness, there are at least three scenes bogged down by repetition, amateur performances, or narrative dead-ends. In theory, this is a fascinating film to “screen”—to view as a fan of cinema, or of westerns, or of 1970s independent filmmaking. In reality, it’s a very frustrating and tedious film to watch as a person hoping to enjoy a movie. At times, the film becomes a kind of referendum on American moviemaking in the 1970s. We want filmmakers to go off into noncommercial, uncharted territory like Scorsese did with Taxi Driver. The problem is, sometimes the same impulse leads to odd, self-indulgent works like Greaser’s Palace. I feel safe in saying that you have never seen a film like Greaser’s Palace. That alone should be recommendation enough to many of my readers. Greaser’s Palace is a little like Alejandro Jodorowsky’s El Topo, if El Topo were shorter and funnier and less weird less bloody and less good. (Please note: I am a big fan of El Topo.) 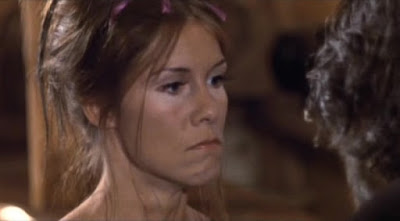 One thing that Greaser’s Palace has going for it is a broad cast of great character actors. I recognized Albert Henderson immediately (even with the bushy beard) but it took me almost twenty minutes to remember that he also played the “Unhelpful Mixer” in Albert Brooks’s Modern Romance—the sound technician so lazy he comes up with an argument against every one of Brooks’s ideas. The women in the film represent something of a Roger Corman/AIP reunion, as the film features Luana Anders from The Pit and the Pendulum, Dementia 13, and Easy Rider and Toni Basil, who choreographed Village of the Giants and appeared in Easy Rider. According to the interview included as a bonus feature, Jack Nicholson had some input into this, as Downey says he wandered over to BBS Productions on LaBrea Avenue and asked Nicholson for casting advice. The film also features Don Calfa (Return of the Living Dead), Hervé Villechaize (Fantasy Island, Forbidden Zone) and Stan Gottlieb (Cold Turkey, Slaughterhouse-Five), who is quickly becoming my favorite unsung bit player. In Greaser’s Palace, Gottlieb appears in a dress, playing a character named “Spitunia.” Downey even cast his own wife and son. That’s right, folks: Greaser’s Palace marks the acting debut of Iron Man, Robert Downey, Jr. 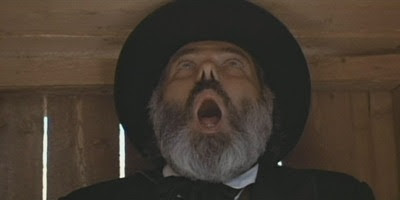 The transfer is beautiful, playing up one of the film’s greatest strengths: Downey’s uncanny knack for striking shot compositions. I doubt that this film has ever looked so pristine in any home video medium before; the fine folks at Scorpion Films should be commended for the care they took with this transfer. The new Blu-ray disc also features a short, on-camera interview with Downey conducted by Rudy Wurlitzer and a nice helping of trailers for other Scorpion Films releases. Dr. Death was my favorite.

On the liner notes of the Greaser’s Palace DVD, Jonathan Demme states, “Greaser’s is actually a brilliant, timeless masterpiece that transcends all categories, genres, and other would-be limitations.” Yet Los Angeles Times film critic Kevin Thomas wrote “...the film is so utterly devoid of wit and imagination that the unremitting gross behavior and language it wallows in is quickly revolting.”

Art can be exciting, interesting, or groundbreaking without being “entertaining” in the usual ways. The art of Greaser’s Palace can be found in Downey’s ability to strip away all of the comfortable features of movie westerns, and perhaps of film itself. You owe it to yourself to give it a shot—then give us your take in the comments.