There's really only one thing you should be streaming this weekend, but I'll give you a couple of backups. 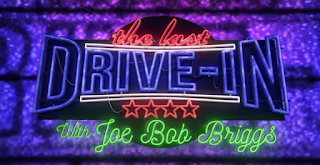 The Last Drive-In (24-hour marathon) If your priorities are at all in line, you'll be streaming The Last Drive-In this Friday and Saturday on Shudder TV. Joe Bob Briggs is hosting a live 24-hour marathon of horror movies complete with his old MonsterVision sketches; only a few titles have been announced so far, including Tourist Trap, Basket Case, and Sleepaway Camp. I can't wait to see what else he shows. Watch this with someone you love. (Watch on Shudder) 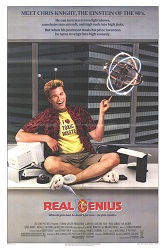 Real Genius (1985, dir. Martha Coolidge) One of my favorite teen comedies of the 1980s, and I know I'm far from alone in that assessment. Val Kilmer is in full '80s Bill Murray mode as a brilliant teenager who takes a young Sarah Jessica Parker under his wing at a prestigious private school for geniuses. I've never been fully able to reconcile the shift towards being kind of a thriller the movie takes in the last third (I guess because it needed a clear external conflict), but I'm also fine with it because I really like popcorn. Michelle Meyrink is one of my great '80s teen movie crushes as Jordan, and the big party scene set to Bryan Adam's "One Night Love Affair" is one of my biggest exploding heart scenes of the decade. (Watch on Netflix) 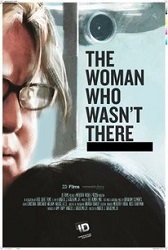 The Woman Who Wasn't There (2011, dir. Angelo J. Guglielmo) A sad and disturbing documentary about Tania Head, a woman who survived the World Trade Center attack on 9/11 and went on to become the president of the survivors' support group. Except...  This documentary isn't as interested in "gotcha" journalism as it is in being a portrait of a broken person whose need to create an identity causes her to live off the pain of others. It's a very real phenomenon and one which I see all the time, though not at this scale.  (Watch on Amazon Prime Video) 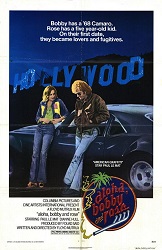 Aloha, Bobby and Rose (1975, dir. Floyd Mutrux) I saw this for the first time on the new Blu-ray a few months back and it became one of my favorite discoveries of the year. It's essentially an American take on Breathless with Paul Le Mat and Dianne Hull as young lovers on the run after getting involved in a tragic accident. I love this movie's energy, its use of pop music, its view of Americana. Aloha, Bobby and Rose makes me wish Floyd Mutrux had a bigger career. (Watch free on Shout! Factory TV) 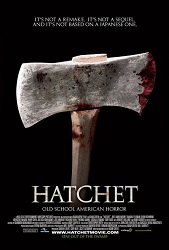 Hatchet (2007, dir. Adam Green) Today is Friday the 13th! If you're not streaming Joe Bob and you're not watching any of the Friday the 13th films, why not check out a modern slasher (and by modern I mean "over a decade old") that pays tribute to exactly the kinds of slashers made famous in the '80s by Ft13th and the like? I once wrote about why I love this movie, and while I know it's not everyone's bag, I feel like the spirit of '80s horror is alive in the movie, only cranked up to ridiculous extremes and much more overtly comedic. Plus, Kane Hodder! (Watch free with ads on Vudu)
Posted by Patrick Bromley at 12:00 PM