My Favorite FRIDAY THE 13th Characters 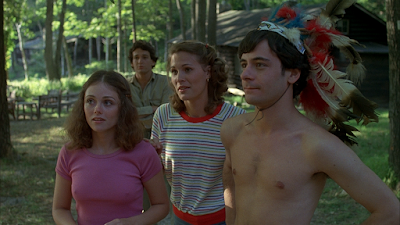 The internet has no shortage of pieces and lists celebrating the Friday the 13th franchise today. There will be retrospectives and #HotTakes about Jason Takes Manhattan is actually good and lists of the series' best kills, because we can never get enough of those. I am not above any of this, of course, because I, too, have my own Friday-themed list I'm publishing today. I am a hack.

An aspect that doesn't get talked about quite as much when it comes to the Friday the 13th series -- of which I am on record as being a devoted fan -- is its characters, primarily because its cast of horny teenagers are usually dismissed as being grist for the mill that is Jason Voorhees. But because I enjoy the films as much as I do, and because I've revisited them as often as I had (there is no greater horror comfort food for me), I have grown to like a lot of these characters and have a great deal of affection for them. They're not especially well-written, three-dimensional human beings, and most of their appeal is a result of the actors playing them, but hanging out with them every time I revisit these movies is like hanging out with friends I've known forever. It's familiar and comfortable and I've come to like them a lot. Here are some of my favorites. 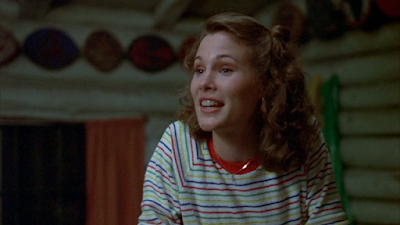 I love a lot of even the "disposable" characters from the early installments of the Friday the 13th series. After around The Final Chapter, they become more and more interchangeable and sometimes downright irritating -- a trend of '80s slashers that this series managed to avoid for a while -- but for the first few films, there is a sweetness and a warmth to most the Crystal Lake counselors that makes me enjoy spending time in their presence. Laurie Bartram's Brenda from the original Friday is a great example of this phenomenon: she's likable and unusually mature for this franchise, actually seeming like she came to camp to do a job. Ok, so she instigates that weird game of strip Monopoly (not a thing), but even that feels more like innocent fun than it is informed by the raging horniness of latter films. You may find Brenda unremarkable. In some ways she is. But she's a good stand-in for the charm of a lot of those early characters. 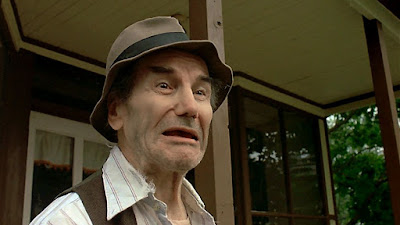 I'm not a total asshole. If Jason Voorhees is Friday the 13th's mascot, Crazy Ralph is its unofficial muse. He's on a very short list of characters who appear in more than one installment, and the series would be the series without his immortal reading of "It's got a death curse!" 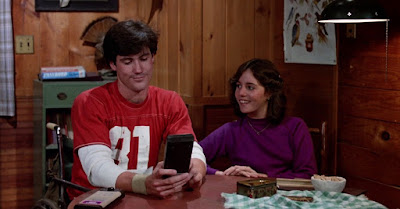 Speaking of charming early characters. I couldn't possibly choose between Vickie and Mark, mostly because they're so goddamn cute together that I wouldn't dream of separating them. They are sweet and a little tentative around one another, which adds an element of innocence to what is ultimately a plan to ride Mark's wheelchair all the way to the bone zone. They also seem to actually like each other, which is nice in a franchise where characters are often hooking up because of their proximity and not any real chemistry. Their deaths are among the only instances I'm ever sad that characters are killed off in a Friday film, which has to be worth something. 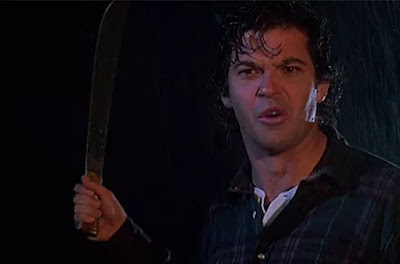 While his death doesn't exactly make me sad, I've argued before (on Blumhouse.com, back when Blumhouse.com was a thing [RIP Blumhouse.com]) that Rob Dier's death in The Final Chapter is maybe the only genuinely horrifying death in the entire Friday the 13th series. That's because Rob is totally aware that he's being murdered by Jason as it's happening -- he even screams as much -- and because it's not the usual quick kill of which Jason seems so fond. But the reason Rob makes it on my list of favorite characters is because a) he's the only character in the films to be looking for a lost loved one who died at Jason's hands in a previous film (Sandra, the girl who is shish kabobed during lovemaking in the Bay of Blood lift from Part 2) and b) because he sacrifices himself so that others might live, another rarity in this franchise. This series is low on nobility. 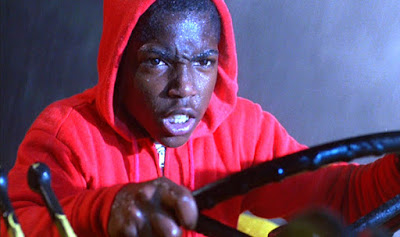 If you follow the stuff I write on this site or if you follow me on Twitter or if you've heard me on the Daily Dead podcast Corpse Club, you would be justified in assuming that I was going to name Joey as my favorite character from A New Beginning. I talk about him a lot. He's not a character I actually like, though; he's just the movie's insane lack of taste and good judgment personified in human form. He represents everything that is tacky and ridiculous about that sequel, so I like referencing him as a sort of shorthand. Also, if you've ever read anything about Dominick Brascia, the actor who played Joey, you'll understand why I could never name him as a favorite character. Instead, I'm choosing Shavar Ross' Reggie the Reckless, one of the few actual kids in a Friday the 13th movie (seemingly attempting to replicate the role of young Tommy Jarvis in the previous sequel) and the only black character to make it to the end of a Friday. Plus, he has the best scream of anyone in any of these movies. 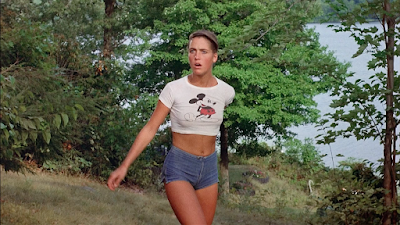 It's the shorts. That's it. I wish I was a better man. Instead I'm just a boy...standing in front of a pair of shorts...asking them them to love him. 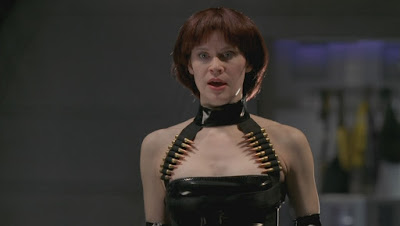 I know not everyone enjoys Jason X as much as I do, but surely even its detractors have to concede that the ass-kicking android KM-14 is the best character in the movie. Part robot scientist, part robotic girlfriend, KM-14 becomes both Ripley and the Terminator once Unfrozen Caveman Jason is unleashed on The Grendel. Lisa Ryder (star of Andromeda, a show I've never seen [should I?]) plays the role with a perfect blend of robo-blankness and deadpan humor and steals the movie from everyone else. She's Canadian, so I expect nothing less. (Before you say anything, yes I'm aware the most of the cast is Canadian.) 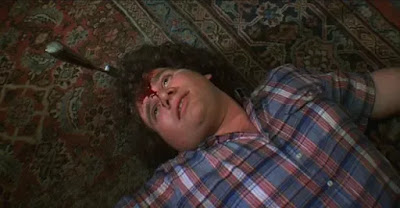 Of course I'm picking Shelly. I already told you I'm a hack. "But Shelly is annoying!" you say. And he kind of is! But he's also lonely and misunderstood, playing his dumb pranks as a way of getting attention and hopefully making friends (it doesn't work). If not for the moment where Shelly verbally attacks one of his friends for not being interested in him -- a very, very bad look -- he would be a totally sympathetic character for many of us who don't identify with the impossibly attractive characters who tend to populate these movies. He deserves a spot on the list because he gave Jason his trademark hockey mask, just as much as he deserves to be on the list because he provided the prototype for the outsider/geek character that Crispin "Dead Fuck" Glover would more or less perfect one movie later. I don't think you can really talk about the characters of this franchise without talking about Shelly. 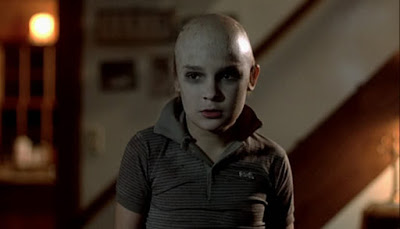 The Jamie Lloyd of the Friday the 13th franchise, Tommy Jarvis appeared across a trilogy of films, each time played at a different age by a different actor who each time might as well have been playing an entirely new character. Thom Matthews has his charms in Jason Lives, but I'm way more partial to little kid Tommy Jarvis in The Final Chapter, both my favorite entry and, for my money, the best film in the series. I love that Tommy is a monster kid. I love that Tommy outsmarts Jason the same way a certain next-character-on-the-list had done two movies prior. I love Corey Feldman's performance and the way he spazzes out when he sees a naked girl. Honestly, this incarnation of Tommy Jarvis could easily be my favorite character in the series, but I refuse to take a series known for its progression of strong female survivors and put a boy as my #1 pick. Sorry, MRAs. 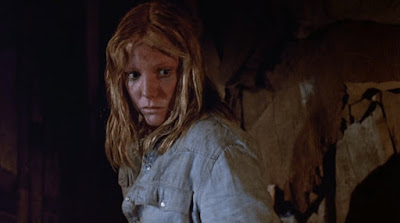 A choice that will surprise absolutely no fans of the Friday franchise. I don't think I'm alone in choosing Ginny as my favorite Friday Final Girl and my favorite character in the entire series. Ginny is smart and resourceful, warm and lovable and more competent than anyone else to ever encounter Jason Voorhees. I know it's hacky to call her the "girl next door," but literally every word of this piece has been the hackiest shit that ever hacked, so I'll call Ginny the girl next door. She's the first character to ever outsmart Jason and use his weaknesses against him, a device that would be reworked again and again in the franchise by a bunch of Ginny imitators. A bunch of Ginnytators. (Hacky hack hack)

Happy Friday the 13th, everyone!