If Charlie only had one Angel, it would be Scorchy.

If one day our planet is decimated by war or famine and future survivors or space aliens want to learn about the strange, wonderful period in human history known as “the seventies,” here’s hoping that they are able to get their hands on the 1976 movie Scorchy. This film might as well be a time capsule for what made that decade so unique.

Connie Stevens (Grease 2) stars as an undercover narcotics officer named Jackie Parker, but presumably she is the “Scorchy” to whom the film’s title refers. The character is the same sort of driven cop that we’ve seen over and over again and who will stop at nothing to catch the bad guy, no matter the cost; this cop drives a 1959 Corvette and doesn’t always do things by the book. The big twist here is that this cop is played by a woman who is only a little over five feet tall and looks kind of like your mom. If you’ve watched seventies cop shows, you’ve know the deal. Scorchy feels like a mash-up of Charlie’s Angels and Starsky and Hutch, both of which were around when this movie was made and could very well have been a major influence. The film features numerous car chases, gun fights, and some impressive stunts as an increasingly-dangerous quest to locate a shipment of drugs escalates into a life-or-death battle against crime. Scorchy could have been a two-hour pilot for a TV show if not for the nudity and some unexpected plot developments. 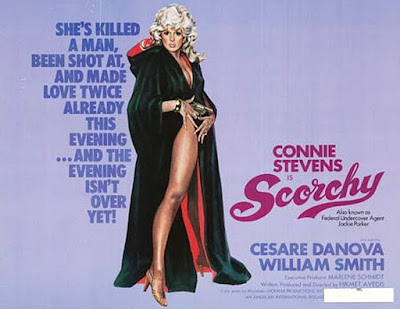 I don’t mean for any of this to sound like a negative, because it’s not. I love those seventies cop shows, and this movie takes things to the next level in a way that those shows never could, not just in terms of narrative and violence, but with the elaborate action scenes, which are among some of the most impressive of the time. Here’s an example: one such scene near the middle of the film starts with Connie Stevens behind the wheel of what I think is a racing dune buggy pursuing a man who is fleeing in a car. They race through the streets of Seattle and eventually end up near train tracks, where the car crashes. The driver then jumps on a nearby motorcycle and hops onto the tracks, with the dune buggy in pursuit. Then, as if this scene wasn’t cool enough, they jump off the tracks and race their vehicles up a tall flight of stairs attached to a municipal building. It just gets bigger and bigger until you can’t believe your eyes. And that’s just ONE of the action scenes.

In this sense, Scorchy takes every seventies cop show you’ve ever seen and turns it into the seventies cop show you NEVER saw but always wanted to see. By car, by dune buggy, by motorcycle, by boat, by helicopter, it keeps grabbing us as viewers and showing us things we can’t quite believe. It’s one thing to say “this cop never backs down and always catches the bad guy.” It’s another thing to show five-foot-two Connie Stevens repeatedly putting herself in danger and sometimes suffering for it. As conventional as this movie often is, it isn’t afraid to be completely unconventional. 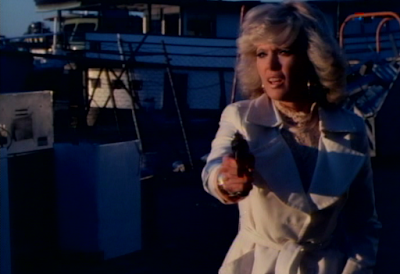 A big reason for this is because it was both written and directed by a filmmaker named Howard Avedis, aka Hikmet Avedis, a man who spent the earlier part of the seventies making very pervy exploitation movies for Crown International that were just one step away from porn. Movies like The Stepmother from 1972 and The Teacher from 1974 are exactly what they sound like, but they have really strange, surprising elements within them and go to places that you’d never expect in a million years. Avedis has what I’d consider to be a skewed perspective that makes those earlier movies interesting in their oddness, and he brings that to Scorchy. Knowing where he came from highlights how much this movie is a massive step forward for Avedis, who takes the action from the bedroom to the streets on the biggest scale imaginable. No one would have guessed that he had this movie in him or that he was capable of staging such incredible action sequences. It’s like someone serving you frozen dinners and then baking a soufflé. As you’d expect for a mid-seventies cop movie, the cast is filled with cool people. William Smith, the stunt man, bodybuilder, and genre star from movies like Any Which Way You Can and the original Red Dawn, is a really great bad guy. Also great at being bad is John Davis Chandler, a character actor who popped up earlier in this series during our discussion of The Outlaw Josey Wales. Chandler is probably most widely known to my generation as the chop shop crime boss in Adventures in Babysitting. Cesare Danova (Mean Streets, Animal House) is the big bad of Scorchy, and he really is evil. Finally, I have to point out that this is the movie debut of Greg Evigan, the actor who played B.J. on B.J. and the Bear, would eventually star alongside Paul Reiser on My Two Dads, but who I think we can all agree did his best work on William Shatner’s syndicated series TekWar in 1994. 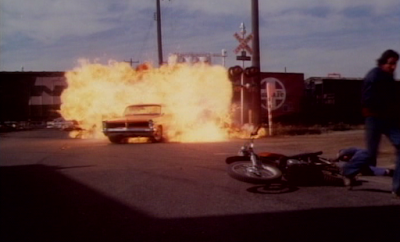 Now we have to talk about Connie Stevens.

I’m not even sure how to say this. I think that Avedis cast Stevens against type deliberately, using her diminutive size to further accentuate how tough her character is and to say that, in the words of a certain Jedi master, size matters not. I also gather from reading other people’s thoughts about this movie that Connie Stevens is regarded as stunning in her beauty, which I suspect was the other primary reason for her casting. Personally, I think Stevens (not her character) is one of the only real weaknesses of the movie. To me, Stevens puts out some serious mom vibes that are at odds with her character. She was only 38 when she made this movie, but I swear she looks like she’s in her fifties. It doesn’t help that she’s under mountains of makeup that only hide the real person beneath. Finally, she speaks in this mousy, breathy voice that I think was intended to read as sexy, but that reminds me of bedtime stories and children’s television narration, like the moral segment that played at the end of every episode of He-Man and the Masters of the Universe. I can’t help but feel the title role was miscast, unless that is exactly what Avedis was going for...but I doubt it. I gather that others don’t have this same issue, so maybe it’s just me, but I can’t help but wonder what this movie would have been with Deidre Hall or Angie Dickinson in the lead. 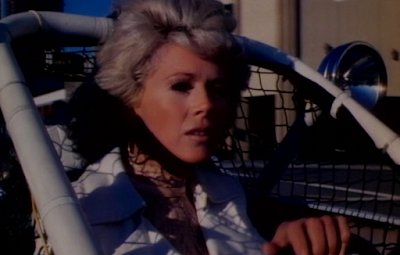 None of this takes away from what Avedis accomplishes, which is a female-led action movie that goes to some of the hardest, darkest places of the genre and doesn’t back down, even in the final shocking moments of the finale. This movie continually surprises, especially given the kind of fare Avedis was making and how exploitative his films had been, though this movie can be pretty exploitative itself. I have to give this movie a ton of credit, because it really is a great action/cop movie filled with high-speed chases and rooftop pursuits. But it also deserves credit for depicting a woman that is every bit as tough as a man (remember, 1976) without patronizing or undercutting her in any way. Casting choices aside, I think Scorchy is a great genre movie and a shining example of the kind of spirit and attitude that makes 1976 such a great period in movie history.