I don't sleep, I stream. 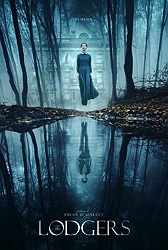 The Lodgers (2017, dir. Brian O'Malley) I saw this last fall as part of the first-ever Cinepocalypse (it was later picked by Dread Central Presents, the subject of a future podcast), and while it's not totally my kind of horror movie, it's hard to deny just how haunting and beautiful it all is. Irish director Brian O'Malley's first film Let Us Prey was pretty balls to the wall, so I'm happy to see that he can making something that's so tonally different. This is some full on gothic ghost story shit, so those of you who love that sort of movie will want to be sure to check it out.  (Watch on Netflix) 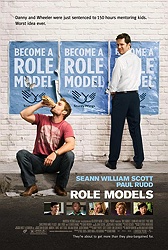 Role Models (2008, dir. David Wain) I know it's probably stupid to call this one of the most underrated comedies of the 2000s because it was released by a major studio, made money, and has big movie stars in the cast. For some reason, though, I don't hear people talking about this one as much as I would like. There are few movie characters I've related to more than Paul Rudd in the first 20 minutes of Role Models, but then the movie gets even better when it gets into all the stuff about LARPing and KISS. These would be easy things to make fun of in a studio comedy, but what makes Role Models so special is that it comes down firmly on the side that, yes, LARPing and KISS are actually awesome. (Watch on Hulu) 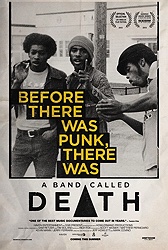 A Band Called Death (2012, dir. Mark Christopher Covino, Jeff Howlett) A great documentary that chronicles the rise of Death, an underground band of the early '70s made of up three brothers who helped launch the rise of punk. Watch it for the music alone, but also to have your eyes opened about a band that deserves a real place in rock history. (Watch free on Tubi TV) 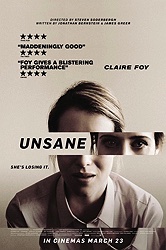 Unsane (2018, dir. Steven Soderbergh) Remember when Steven Soderbergh retired and then just kept on working? But for some reason we're not all freaking out and celebrating every time he makes something new? His iPhone thriller was released earlier this year and got some good buzz (including from Adam Riske, who really liked it), but seems to have gone under the radar. Claire Foy is very good as a woman trapped in a mental health facility with a man (Joshua Leonard, creepy as ever) who may or may not be her stalker. The movie is tense and paranoid and at times overheated -- the kind of small genre exercise Soderbergh is able to knock out and make look easy. (Watch on Amazon Prime Video) 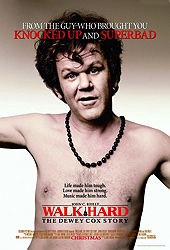 Walk Hard: The Dewey Cox Story (2007, dir. Jake Kasdan) JB recently brought this up on our Overlooked in the 2000s podcast, and I commented at the time that it was the first movie I was going to rewatch of all the ones we talked about. I did, and it's still very funny. Those of you looking to rewatch or, even better, see it for the first time can watch it totally for free. It's the cheapest drug there is. It's not habit forming. You can't OD on it. (Watch free with ads on Vudu)