I watch movies so that you also have to. 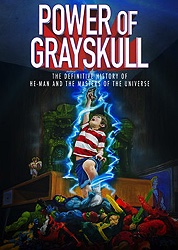 Power of Grayskull: The Definitive History of He-Man and the Masters of the Universe (2018, dir. Randall Lobb, Robert McCallum) It's just coincidence that I watched this new documentary the same week as finally seeing Won't You Be My Neighbor?, because the Masters of the Universe toys are cartoon were exactly the kind of shit for kids to which Fred Rogers was diametrically opposed. The doc charts the progression of the action figures to the cartoon series to the Cannon film and beyond,  and it's a fascinating glimpse into the cynicism of how this stuff was created and marketed. You don't have to have been a young boy in the '80s to appreciate the documentary's look at the creative process of a giant corporate machine. (Watch on Netflix) 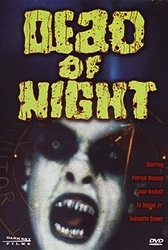 Dead of Night (1977, dir. Dan Curtis) A made-for-TV horror anthology directed by Dan Curtis, the godfather of horror television in the 1970s whose credits include Dark Shadows, The Night Stalker, Trilogy of Terror, and the big-screen Burnt Offerings. Two thirds of it are good, not great, but the third segment "Bobby" is one of the best segments ever included in a horror anthology and seems way too scary to have ever aired on television. Worth watching just for "Bobby." (Watch on Shudder) 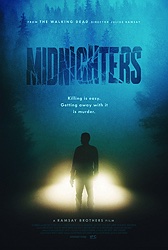 Midnighters (2017, dir. Julius Ramsay) This indie thriller went pretty under the radar last year, which is too bad because it's a well-made and nasty bit of business about a married couple that has an accident and hits a man with their car, then try to cover it up. Things get more twisty and complicated from there. I had wanted to see this in the first place because it stars Alex Essoe, one of my favorite actors working in genre films today. She's great in it because she's incapable of not being great (and I love that she's been cast in Doctor Sleep, because it's exactly the kind of high profile role she show have), and the movie itself is pretty much what you want when you sit down to watch something like this. (Watch on Hulu) 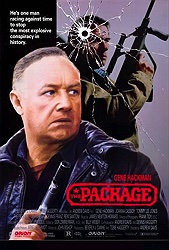 The Package (1989, dir. Andrew Davis) Typically solid early Andrew Davis effort stars Gene Hackman (who I only realized in my adult life is one of my favorite actors) as a Special Forces Sergeant trying to stop an assassination conspiracy that involves Tommy Lee Jones. The movie is good in the way that No Way Out is good: it's got political intrigue and double crosses and solid direction and good acting from an amazing cast that also includes Joanna Cassidy, Chelcie Ross, John Heard, Dennis Franz, and Pam Grier. (Watch free with ads on Vudu)
Posted by Patrick Bromley at 12:00 PM